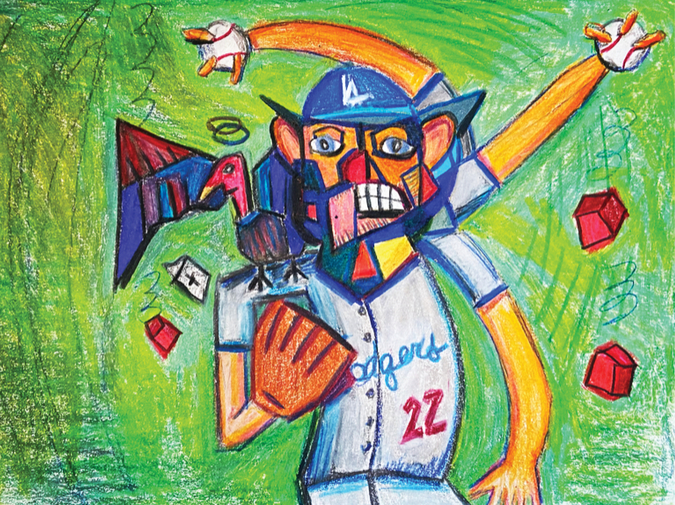 I was about to witness Kershaw’s first career no-hitter on TV when pieces of meat started to pour from the skies and slap the ground. Our house rattled as we rushed to the windows and watched the raining flesh paint our neighborhood in barbecue sauce. Most pieces were two inches thick and curiously squarish as if they had just been processed for industrial use. One particularly large piece that I likened to Dad’s bedside Bible smashed the windshield of our neighbor’s car and piled on top of what I took for a lung, a pair of catcher’s mitts, and three kittens snuggling each other in the front seat. Everyone ran about left and right, unable to escape their fair share of meat slaps. An elderly pedestrian shouted it was a sign from God. My wife said it must be the meat vomited up by the buzzards. Whatever was the case, it was impolite at best of the skies to not give us a second chance. Of the meat to not spare us the smell. On and on they fell in front of our eyes, one hitter after another. Bad they went.

Sarp Sozdinler splits his time between Philadelphia and Amsterdam. His work has been featured or is forthcoming on the Kenyon Review, Masters Review, Maudlin House, HAD, No Contact, X-R-A-Y, The Offing, and elsewhere. Some of his fiction pieces have been anthologized and mentioned at literary events, including the Waasnode Short Fiction prize selected by Jonathan Escoffery.