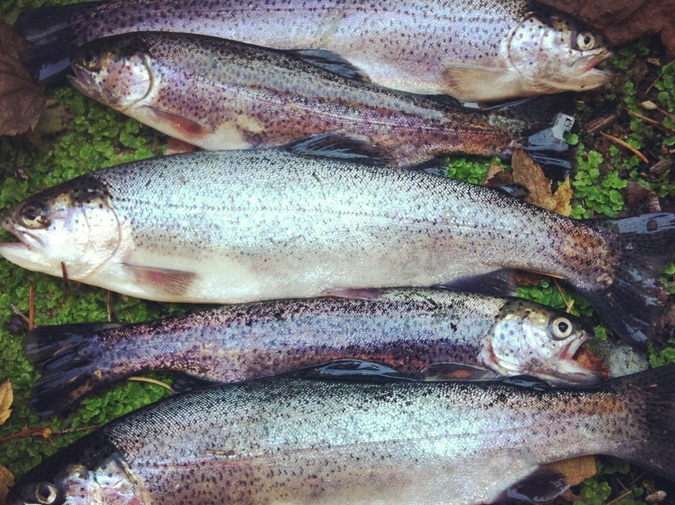 Every summer my father and I would make the drive to the ghost town of Lundy near the Nevada border to fish the lake there. We’d wake early and get doughnuts at 7-11 and drive and every five miles my father would turn to me and say, “You gonna catch a Lundy lunker?”

But year after year of trips through the Sierra Nevada mountain range, passing the great and desolate Mono Lake – the biggest salt lake west of Mormon country – my father and I never made it to Lundy Lake.

Every time without fail, fifteen miles past Mono Lake, he’d turn off at the fishing resort on June Lake. “We’ll stay here tonight,” he’d say. “Wake up early and drive up to Lundy.”

And then one year when I was getting older and our annual trip was coming up, I got to looking at a map of Mono County and I couldn’t believe what the map showed me. The distance between June Lake and Lundy was only twenty-five miles. We stopped twenty-miles short of our destination every summer from the time I had to be strapped in a car seat all the way to the time my father let me take the wheel. Twenty-five miles.

I never asked him why we stopped short. Don’t think he’d have an answer if I did ask.

You may say, “Well of course you stopped short. The bite was on at June Lake.”

This is what I say to that: You weren’t in the car with my father all those years. You didn’t grow up your whole life hearing about those Lundy lunkers.

You see, Lundy lunkers are no ordinary trout. They come in incredible varieties and in sizes you just wouldn’t believe. For six, seven hours on the drive up north, my father recounted the half dozen or so types of trout in Lundy Lake. Oh how those Lundy lunkers made my mouth water and my heart go all fluttery like this girl Raimi did. They made me break out in a sweat. I loved them. I dreamed of them. Some of them I was scared of but I coveted them all the same. So now, on the occasion of my father’s birthday, I present to you a list of every trout he told me we might catch, if we fished Lundy Lake, which we never did, and may never do now.

A Complete Catalog of the Lundy Lunkers, According to Kelly Dean Pierce

Alligator Trout: A predatory hybrid of alligator gar and brown trout. Mature alligator trout average four to five feet in length. They are the deadliest of all trout in the world. Stray cats are a pretty surefire bait to catch them.

Dolphin Trout: Invented in 1972 to celebrate the Miami Dolphins’ undefeated season, dolphin trout are native to Florida. They were stocked in Lundy Lake in 1984 to control the rampant alligator trout population. They are extremely intelligent and have bottle noses. Friendly too. Some you can even pet.

Cherry Blossom Trout: No one has ever successfully caught a cherry blossom trout. That’s because once they’re hooked, they make a final, lemming-like leap (only out of the water instead of into it) and explode into a hot pink mess. Their skin is coated in petals, not scales. The mating season of the cherry blossom trout is one of the undisputed wonders of the world. They mate in clear, shallow water and when you look down into that water, you will see a forest of cherry trees all in blossom, except they’re fish, not trees. The cherry blossom trout originated in the coastal rivers of Japan. Eventually some of them traveled across the Pacific to start a new life in Lundy, California, where the wives of gold miners used to admire their beauty.

Oyster Trout: You know what an oyster is. You know what a trout is. Now imagine the two together and you have yourself an oyster trout. My father used to tell about the one oyster trout he ever caught, fishing Lundy as a boy. He named her Mother Pearl and she was whiter than the snow is cold. He told me that if ever I catch an oyster trout to never let her go. I’m beginning to see what he means.

The Believer Trout: They call it fishing, not catching. They call it a living, not a life. Nothing will ever be handed to you without a fight, and when the odds are stacked against you there’s only one thing you can do. Believe. Believe. Believe. If you throw your shoulder to the wheel with all of your belief, if you fight past the point of fighting, then the believer trout will come to you, and it might not save you from death or misery or toil, but at least you’ll enjoy a dynamite meal, because the believer trout is the best-eating trout of all.

Moose Trout: Fishing for moose trout is more like hunting in that you need a gun to do it. Their rainbow antlers are among the most prized possessions of any big game collector lucky enough to bag one. Probably no more than a dozen moose trout are left in Lundy Lake, and even though they’re sighted often – when they feed just beneath the surface at dawn, you’ll see their antlers dance along the surface like ice skaters made of colorful bone – a moose trout has not been caught in years. They’re more elusive even than Big Lundy Brown.

Big Lundy Brown: Everybody knows brown trout grow big, but none grow bigger than Big Lundy Brown. He’s the size of a sea monster, give or take. In other words, it depends who you ask. Let’s just say when you see his dark spotted back passing beneath your boat, you’ll wet your shorts. Some people think they’ve got what it takes to catch Ol’ Big Lundy. Every year a couple of them even try. They drive cranes down to the lakefront and lower cows impaled on gargantuan hooks into the water. Big Lundy Brown is wise to them, but he’s got a taste for beef too, so this is what he does: Big Lundy Brown swallows the cow and gets himself hooked, then he lets the fisherman haul him up with the crane just enough to get the poor asshole’s hopes up. Once he’s in shallow enough water that his back is showing, he leaps entirely out of the water for the world to see and surges back to the deeps, dragging the crane with him. Big Lundy Brown drags the crane into the lake until he knows the man driving it is just praying for his life. And at that point he clenches his powerful jaws tight, grinding the hook to dust, and swims off, leaving the man free to reverse his crane out of the water and turn away in respect and fear, and from that day forward that man will tell everyone who’ll listen and some who won’t how he came face to face with Big Lundy Brown and lived to tell about it.

Cameron Pierce is the head editor of Lazy Fascist Press. In 2013, he caught thirteen different species of fish and edited his third anthology, In Heaven, Everything Is Fine: Fiction Inspired by David Lynch. He lives near a trout stream in Portland, Oregon.