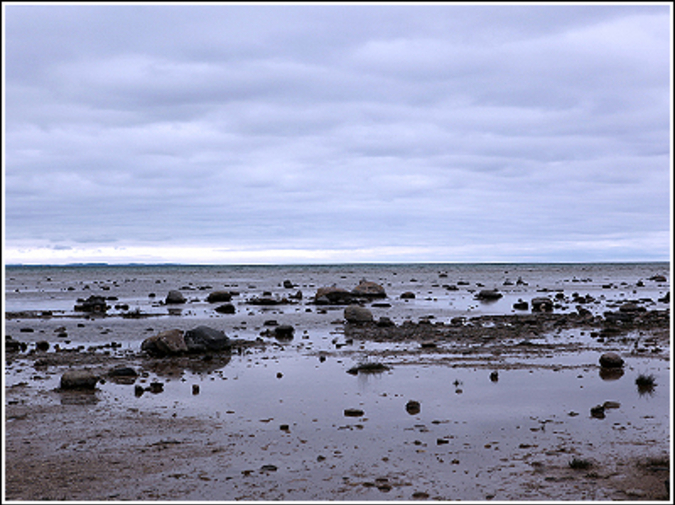 My father, when he tried to quit smoking, used to suck on aquarium stones he sterilized at work. He claimed they worked better than candy or gum, which his doctor recommended. He’d slip a stone under his tongue, massage it hard against his gums as if he could somehow suck smoother the smooth stone.

My father and I talked about little else than fishing—I was thirteen, in love with things muscular and flesh-like—and we wished to become night-hunters, gifted with vision known only to owls and walleyes. Our arms would twist into fins, our jaws would crack and lengthen to gills, and our throats would no longer swell with air. We would not swim so far that bait could not reach us. He would not swim so far that I could not reach him.

Days would pass in conversation and then not, and I’d think him dead, the sound of a stone rolling across his teeth imagined. Neither of us knew why Mother left, only that she did. Only silence makes noise when silence is all there is. Just a whisper, something louder than an inhale. And I’d drag nets to snag him, cast lines and bait hooks, whip my legs into a tail and swim from shore to bay. I’d find my father there, a bluegill in his mouth, his teeth, cracked and marked from the stones, pushed long and deep into the bluegill’s body.

Gary L. McDowell is the author of American Amen (Dream Horse Press, 2010), winner of the 2009 Orphic Prize for Poetry, and co-editor of The Rose Metal Press Field Guide to Prose Poetry(Rose Metal Press, 2010). His poems have appeared in various literary journals, includingColorado Review, The Indiana Review, New England Review, Ninth Letter, and Quarterly West. His poems, stories, and essays are forthcoming in Ancora Imparo, PANK, Burnside Review, DIAGRAM, Tusculum Review, Mid-American Review, and others. He lives in Nashville, TN with his wife and their two kids where he is an Assistant Professor of creative writing at Belmont University.