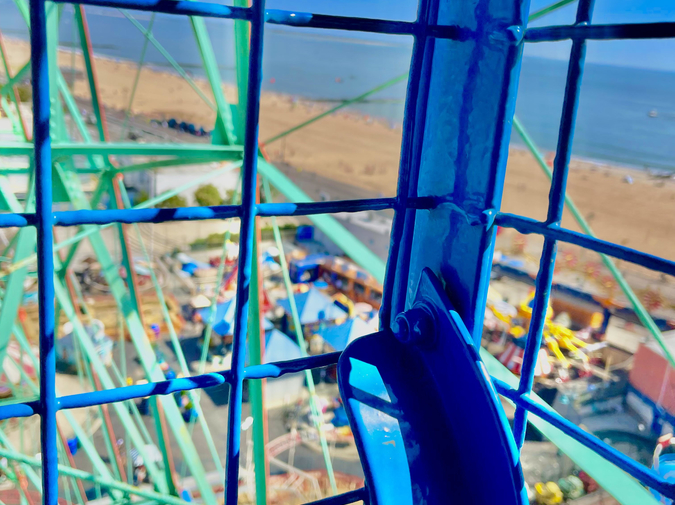 It was during the seventh experiment that I died, or I think I died—I mean, I must have died because if I hadn’t there surely would have been a lawsuit of some sort, and I’d know about it by now if I hadn’t died. Maybe I’d be filthy rich and wouldn’t have to keep signing up for these research studies and tests just to pay my bills. And to buy my pills. I didn’t tell the researchers about that one for fear that they would decide to keep me out of the study, and without the study I would be dying, dead. If I’d thought they might have reached out with compassion and just said, “Yes, it happens, we know,” I would have told them that I’d started out legit, legal, a good person whose body was all betrayal and depression and spiking pain.

I am good! I try my best, I really do. But what do you do when your body is killing you? I would have asked them. And your mind? If you’re good, if you’ve really memorized the rules, you go to the doctor. The doctor gives you medicine, and you get to be human again for thirty days. But then the government or the insurance companies or whatever rule makers get to do such things decide to tell the doctors to stop giving out the cures (except to themselves, I imagine, or to their stockbroker neighbors, or to the senators and insurance company men who make it impossible for anyone but themselves to feel that floating humanity ever again). Pretty soon, you’re crawling into a closet for fifty dollars paid out by some study of something or other—a study of how the brain eats itself alive without anything else to feast on, presumably; if they told you what they were actually studying, they’d ruin it for themselves, and for you—just so you can buy fifty dollars of something that will stop the dying for a day or two.

Have you ever experienced long-term depression or been diagnosed with clinical depression?

Have you ever experienced panic attacks or been diagnosed with an anxiety disorder?

Is there any reason you shouldn’t be crawling into a closet for fifty measly goddamn bucks so that we can figure out what happens to humans left alone in closets for fifty bucks’ worth of time? Absolutely not! Why would there be?

The seventh time, they sealed me in the way they always did, with the grad student with the eight studs in one ear saying, “See you on the other side!” I settled in as always, just me and my mind. It’s a terrible thing, having to get to know your mind. Most days when I wasn’t in the closet, I had a strategy: Internet, television, playing little plinking, tinkling games on my tiny little phone with other people I knew from the Internet. So long, mind! I loved being alive in the era when I lived. I really, really did. I thought about that a lot—about how we were almost a new species of human, living in third person. Imagine sitting alone next to a candle just thinking all night, or darning socks, or drinking laudanum, or mourning your fourth in a row stillborn baby. Whenever I would try to imagine being one of those old humans, my mind would almost immediately interrupt. There were other minds to get tangled into without delay: friends’ thoughts, strangers’ thoughts, comments sections on news articles about things no one really cares about, where the masses of modern life congregate to speak their minds so that they don’t have to talk to them.

Internet Internet Internet! Pills pills pills! I often wondered, in that closet, what was happening elsewhere. I’d feel my mind punching me from the inside, my kidneys, my heart, my opioid receptors. I’d stare at the rectangle of light around the door, life seeping in through the cracks like a halo, and I’d scold myself: You were supposed to be using this for self-improvement! Meditation, mindfulness, all those things you read about online. Fifty bucks or no fifty bucks, pills and peace aside, I’d also thought it would just be plain old good for me to spend some time in that closet. I was always reading about people who would move alone to the woods to clear society out of their heads, people who’d bike across the Serengeti with nothing but a pack of matches and the will to live—dammit, really live!—and I’d feel shame for not being one of those people, even though those people always came home and turned the whole adventure into a blog, or into a book proposal, or into some sort of society, look at me! spectacle that made me wonder if anyone is really on top of their own minds at all anymore.

That was what I was thinking about in the closet when I’m pretty sure I died. This time wasn’t really all that different from the others—they’d started turning off all the outside lights after the fifth time, so there was no longer any halo, and there was no longer any air-conditioner hum. What the hell do I think about? Don’t think about death. Don’t you dare think about death. What if death was just this closet? Quiet and peaceful save for your knowing at all times that out there, beyond where you could ever go again, there was this other thing, this less peaceful thing, this more important thing, where you had to be thin and funny and always living to be loved, but wasn’t that better than just being itself? What good was just being? I could be improving my Scrabble scores right now, but instead I’m dead.

I don’t know why they never came back for me. What could that possibly prove? To science, I mean. Perhaps they were just after another example of man’s inhumanity to man. I think that’s pretty well proven by now though, and the girl with all the piercings seemed humane enough. I didn’t like her boss, the head researcher who never looked up from his iPad, but I thought about him often as I waited and waited for the knob to turn. What do you think he’s looking at right now? I would wonder, projecting my mind or my soul or whatever it was that was leftover by then, curious if he was doing a crossword puzzle or photographing his dinner to post online, wondering if I could somehow inhabit him, like a ghost, if only long enough to check my email or to kiss my daughter goodbye. At first, I would think of little witticisms and could actually feel my soul reach out for some way to share them: I’m in the isolation closet, and MY HUMPS is stuck in my head! #killme. Then I started wondering if some catastrophe had overtaken the world: Have they really forgotten me? Had there been a nuclear war? I wasn’t hungry, or cold, or disintegrating from gamma radiation. I was just breathing, just aware of my breathing, alone with my breathing, and then I was withdrawing, and then I was withdrawn, and then I was thinking about Pop-Tarts, and then I was free.

Rin Kelly died unexpectedly in late 2020, but she had completed several stories and a novel all ready for publication. Rin’s stories have been published in Kenyon Review, The Fabulist, and Contemporary Magazine/Denver Post, forthcoming in No Contact, Green Hills Literary Lantern, and she has been nominated for a Pushcart Award. Her Kafkaesque story “The Breaking News of Charlie Que” appeared in Penumbric. She was invited to read her fiction at San Francisco LitQuake, Bang! Bang! Gun Amok in New York City, Writers with Drinks, and at other venues. Her completed novel, The Bright and Holo Sky, currently is being edited and prepared for publication. Rin studied fiction writing with Heddie Jones at the New School in New York City and took classes at the Writers Grotto in San Francisco and The Writers Salon. Outside of her fiction writing, she was a fellow of the Stabile Center at Columbia School of Journalism and film/culture editor of LA RECORD. Her investigative reporting and features have appeared in Salon and in publications nationwide.