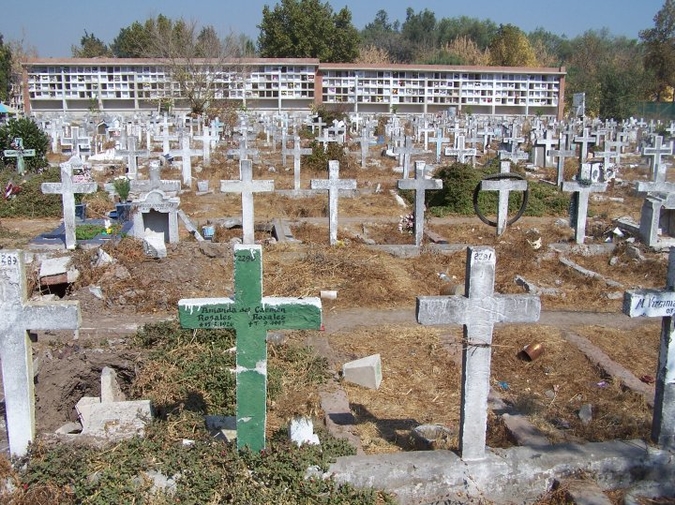 For the first few weeks we used to talk about extraordinary things every evening, not least our house’s five ghosts.

Of course, I didn’t believe in such things, but that only made our conversations feel more picturesque. And up to the moment when you stilled me, holding up one hand, and turning your head abruptly, I never sensed anything strange about our house. It had always seemed perfectly modern, with its scrupulously up-to-date features, its contemporary furniture, its insulated walls and floors. And, what is more, I had always felt secure there: it was our home, undeniably our possession.

But then you started to insist our house was haunted by several ghosts. Not one, several. At first, I presumed this was a game where we invented characters for each draught or chill, but then I saw you were in earnest. Soon, I was following you about from room to room, laying my hands on freezing walls, or standing in dark rooms, my arms extended, listening.

The first ghost you discovered was a woman, you said, a former maid from the old days, most probably. She traipsed about between the kitchen and the backstairs for the most part. And she was nothing to worry about, you said. After a while, you’d grown to find her presence reassuring. Like a phantom mother. Warming to the novelty of this idea, I indulged you, made a joke of it, curling up on the sofa when you said she was watching from a corner, eating takeaways in her afterglow.

The second ghost you found liked to stand beside the window beneath the stair case. It was a genderless grey shape, as though it had worn away its edges through exposure to the air.

“Basking in sea-light,” you said. “A ghostly version of sun-bathing.”

“Mourning somebody drowned?” I asked.

You shrugged. “There’s bound to be some association with the sea in a house set on an island.”

“Or in a house overlooking a river.”

The third ghost had a sinister aura, however. This thing, this former man, had only ever been glimpsed in silhouette. And because it was a man of uncertain origin, according to your research, he was often regarded as the most dangerous ghost, the most troubling presence. But, even in the flush of following your excitement, your certainty, I could never quite bring myself to follow that conventional logic. All ghosts, if we choose to believe in any, have an equal power in the mind, as far as I can see. Nevertheless you took against this never-defined figure, said he might have been a gardener or something similar. On certain dark days in the midst of winter, on certain forbidding, austere days, he liked to prowl the lawn after dusk.

And when you saw him in those circumstances you would shiver.

When I saw you like that I’d make a game of it, teasing, making light of, anything to distract you from your November sombreness. “Better than a guard dog, don’t you think?”

“But is he keeping other people out, or keeping us inside?”

Once, I got exasperated, and railed against your fascination with the house’s history.

“Is the past filled with nothing besides disgruntled servants?” I asked.

“Most probably,” you said, your eyes shut, scanning the room for psychic disturbances.

The fourth ghost was a child who had died of tuberculosis. That was as much as we knew from consulting local history books. Although any novice might have guessed it by its persistent cough. According to you, at least. I strained to listen and heard the wind outside, floorboard creaks, radiators strain, but nothing slightly like a cough.

“A reminder of damp if nothing else,” you said, undaunted.

Sometimes, you claimed, there was the sound of sniffling in corners, or a wet boot print might be discovered somewhere unexpected, on the porch step or on the attic stairs. When I rolled my eyes, you gave me a dark look. “Disbeliever,” it said. You dismissed the possibility that this ghost child of yours might merely be condensation. And that was your unique quality always: a fierce defence of anything human.

The fifth ghost was a never-seen rumour.

Absolutely shapeless, and more like an indoor fog, or miasma than the afterglow of a former person, I insisted that this was a step too far. But you were adamant: this was a ghost disassembled. And despite its formlessness, it had strange powers: it moved solid objects, it sent a chill down corridors. It was a ghost you felt, a ghost you sensed, in other words.

The difference was that this particular ghost only haunted you. Throughout our first year in that house you woke feeling this ghost’s breath on your face, and at night, sometimes, you’d jump up frantic, swearing you’d felt its grave-clasp on your ankle or arm. Of course, another person would have been terrified, but outside occasional fits and starts, you claimed to be merely curious in a “scientific” fashion. You pored over our amateur library in the evenings, or scoured the internet, determined to discover the story of your most persistent visitor. Sometimes, you read out extracts from local histories that matched with the tales that accompanied the sale of the house.

The story of this last ghost went something like this, according to you: it was or it wasn’t a householder or a house-guest, a man or woman, a child or an adult, robust or sickly, malign or harmless. There had been a scandalous affair, or there had not. He or she had died in childbirth, in a hunting accident, of a fever.

“This ghost has been around,” I said.

All in all, there was nothing approximating a coherent story. I wanted something more transparent, something like a tour guide’s potted history—something that might explain your behaviour, or justify your obsession. But how could you or I know the details of what really happened? And how could you draw a meaning from a ghost you could never see, but only, very occasionally, felt?

“This is my favourite ghost,” you said. “It is as much a part of this house as the bricks and mortar are.”

And then, once you realised the local history books wouldn’t yield answers, your “scientific” interest stopped, and you began attempting to read the house itself.

“It’s here now, listening,” you would say from time to time, stopping me in my banter, laying a hand on my arm. “Watch what you say—it’s sensitive to mood.”

And sometimes, in the middle of watching television or reading a book, you would leap up and walk a circuit of the house. “I felt something alter somewhere,” you’d say, explaining. “A difference.”

Occasionally, you would walk around the house late at night, relentless as a sleepwalker.

“Come back to bed,” I’d say, too tired to be angry, and too worn down to be surprised.

It was around this time that I began to conduct my own research. The books were no good, for the most part, and so I settled for what my senses could gather in. I would sit in a room and say, “Bring this closer to me,” or shut my eyes like a child learning to pray.

I wasn’t sure what I meant by this, but I attempted to see colours, and hear noises. I didn’t want to believe that you were crazy or leaving me behind, and so I made sure I followed closely down the same path.

Sometimes, I wandered up to the attic and poked around. There wasn’t much up there besides old farming equipment. Sometimes, I dressed up in ratty old coats and hats. If anyone saw me they might have easily mistaken me for a ghost.

Once, I thought I heard a voice singing in the kitchen. I ran down the corridor to where the servants would have sat and supped tea in the old days, but by the time I reached the threshold of the room the ghosts had whooshed into the radio, becoming music.

And when you returned home in the evening it felt as though the atmosphere in the house changed. Lights were turned on, and there were the sounds of our voices talking, and I noticed an end to a peculiar silence I hadn’t noticed until that moment. You would ask me how I was, but I never shared my excursions with you. I felt secretive about my days in the house without you.

One evening, I found you sitting at the dining room window, looking outside at the path nobody walked on. You stayed like that, speechless, until I called an ambulance. A few days later you were buried, and I was packing up your things into crates as though preparing you for the great journey you had already taken.

Afterwards, I continued living in the draughty, old house we’d refurbished. I tried to continue being a modern-minded, science-loving individual. But, sometimes, I couldn’t resist considering the possibility of ghosts.

On days when I felt your presence, I would sit in an adjacent room, cooking a meal while you watched, or reading a book while you listened, asking, with all the consciousness I could muster, whatever question might be answered by the scrape of a branch against the windowpane, or the crack of a floorboard on the landing.

Most days, without thinking, I rolled onto your side of the bed in the morning. Most days, I sat in your armchair, and played your records.

See, my love, how I’ve learnt to speak of you, already, in the past tense.

David Mohan has been published in PANK, Necessary Fiction, Atticus Review, SmokeLong Quarterly, The Penn Review, The Seneca Review and Westerly. He has been nominated for The Pushcart Prize.