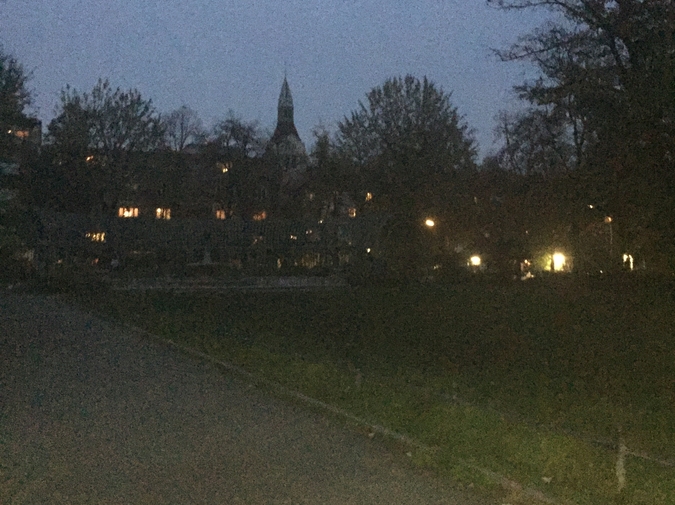 Self-guided tour: Exhibit #9 from the National Museum of Broken Marriages

A medium says to channel the late wife through beloved objects. I press my ear to a mug, a journal, my husband’s chest. All I hear is the ocean. I have so much to ask you, I say to a pair of  slinky, thigh-high boots. In the basement, she is a star dying— objects speaking to me in ways I don’t understand. I turn on the vacuum and listen to it hum. It is saying I was robbed of everything I love. Or maybe it is saying I miss England. Or it’s saying nothing at all. My husband unplugs the vacuum from the wall to tell me he’s home.


Self-guided tour: Exhibit #21 from the National Museum of Broken Marriages

I’ve been developing a theory of the afterlife. The late wife stands beside me as I add seasoning to dinner. She shakes her head, clicks her tongue. My husband thinks the idea is absurd—  that heaven and hell exist on earth in another dimensional plane. I ask, do you really think our souls float to the sky? He shrugs. The late wife stirs the simmering pot before it boils over. Turns the burner to low. My husband dips his finger into the sauce. Too much salt.

Self-guided tour: Exhibit #114 from the National Museum of Broken Marriages

A) On our honeymoon we visit a monastery atop a mountain in Spain. The late wife joins
us— she hasn’t gotten out of the house much.  We stand in line before a statue of the
Virgin Mary, holding Christ in her lap and an orb in her palm. My husband makes
a joke—  something about new moms always having their hands full.  We wait in line for
nearly an hour to touch the orb for a second, maybe two. I arrive at the the feet of the
Virgin Mary. She’s caged in safety glass smudged with fingerprints. I reach for the orb
through a hole in the wall.

B) Count Carl von Cosel, a bacteriologist, lived with a dead woman. She’d been a patient of
his, and when she died, he could not let her go. He took her body from her mausoleum
and carted her in a toy wagon back to his home. As her body decayed, he encased her in
wax and plaster. Made a wig for her out of her own hair that fell from her scalp as it
deteriorated. She was falling to pieces and he tried to keep her together.

Lacey Rowland is an Idaho native. Her work has recently appeared in Cutbank and Passages North's Writers on Writing, in addition, she has been listed in Glimmer Train's Emerging Writers Top 25 and a finalist for Montana Book Festival's Emerging Writers Contest. She received her MFA from Oregon State University.