Ruth vs. the Klingon 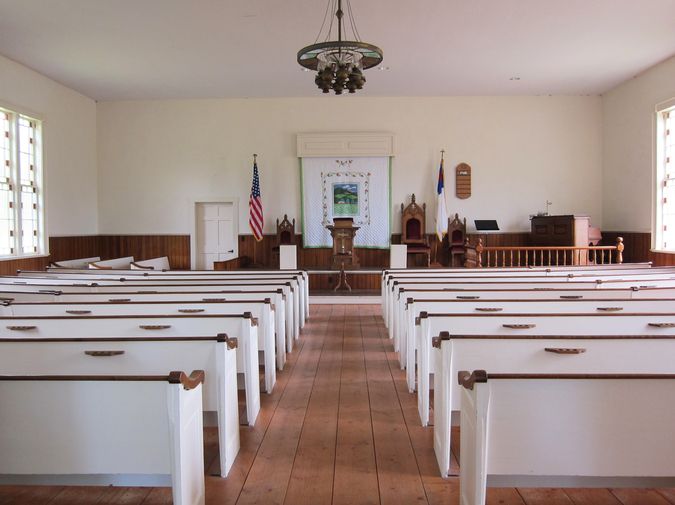 Gene is fluent in Klingon, comfortable even with the tricky irregular conjugations of the stative verbs. He sometimes lets loose long Shakespearean soliloquys, the guttural tones bursting from his throat in spurts, like the arterial blood of massacred foes. He has memorized blueprints of the Starship Enterprise, and daydreams of rapine and pillage through its pristine white hallways, a song of bloodlust in his heart, the gleaming blade of a d’k tahg clenched between his teeth.

In fact, Gene feels that he is a Klingon, or should have been. He is made of sterner stuff than those around him, with a clearer eye for the hard truths of the universe. He understands that there are only two modes of existence: strong and weak, master and slave, victor and vanquished.

Ruth the Bitch, who has the cubicle next door, is not happy about Gene. She’s not happy about anything, really, because she’s not a happy person. She complains about the ants that gather around Gene’s pile of soft drink cans and the odors of Gene’s microwave burritos.

“God, Gene,” she will say, fluttering her hand in front of her face to dissipate the smell. “Those things are disgusting. Could you, maybe just once, eat something else?” But it’s the Klingon, for some reason, that bothers her the most.

“He practices all day,” she says, when the two of them meet in Frank’s office to hash things out. “He talks nonstop. And you wouldn’t think it, but it’s somehow worse that it’s not English. Or maybe it’s just that it’s Klingon. It sounds so…nasty. Like he’s choking to death. On a burrito.”

“What was that, Gene?” Frank asks, with his best, bland, managerial chuckle. “I’m afraid I don’t grok the lingo.”

“Well,” Frank says. He is a squat, balding man, and he is in over his head. He used to think that he was a good manager, but has absolutely no idea about what to do about Gene and Ruth. “Well, well.”

“Frank.” Ruth says firmly. “It simply can’t go on like this.”

Back at their desks, the situation entirely unresolved, Gene plays a clip of Klingon poetry, running it through his computer speakers at maximum volume. Ruth appears at the threshold to his cubicle with the quickness of a Krallinian eel.

“That’s enough, Gene,” she says, her voice trembling with rage. “I mean it.” Challenged, he stands and assumes his most frightening battle posture.

Ruth snatches up an eraser and springs toward his whiteboard. On it, he has written extensive notes for his planned translation of the first season of Doctor Who. They are written wholly in Klingon, except in the upper right hand corner, where he has printed “DO NOT ERASE!!!” in bold red letters. It is irreplaceable. Her hand hovers, threatening.

“’Iw chech jIH!” Gene roars. He leaps forward, grabbing her arm. The eraser wavers over the precious work, now closer, now farther away, as they struggle for position. Soon, his breath comes in gasps; sweat springs out on his brow. He is shocked by her strength.

Then, their eyes lock for a long moment and a sudden, seismic shift is unleashed in Gene’s warrior heart. In that instant, he sees Ruth anew. There is something fierce inside her, something hard and unyielding. Something, he suddenly grasps, something Klingon about her.

There is a transformation in Ruth as well. For the first time she notices his eyes, which are a clear hazel, flecked with green. They are beautiful, she thinks, oddly childlike, innocent of guile. It occurs to her that he must have been a very cute little boy.

Their struggles cease and they stand looking at each other in confusion. Gene sits down in his chair and pretends to become involved with something on his computer screen. Flustered, Ruth retreats to her cubicle and absently applies an excessive quantity of moisturizer to her hands.

The next morning, Ruth notices that Gene’s soda can pile has disappeared, and her cubicle remains free of the scent of microwave burritos for six straight days.

Four years later, Gene is always a welcome sight at the play structure. He is quick to defuse the toddler’s quarrels and always has juice boxes enough for everyone. Ruth has him down to a single microwave burrito a week and no longer lets him wear his Battlestar Galactica t-shirts. He is awkward around the other moms, but they have learned to work around this. In fact, they have grown so fond of him that they pretend not to notice that, at the end of every play date, Gene bends down and, after furtively scanning the park for Ruth, pours long, guttural tales of conquest, murder, and glory into his daughter’s pearly pink ears.

John Haggerty's  work has appeared most recently in Nimrod, Salon, and The Pinch, where he received the 2013 Pinch Literary Award in Fiction. He is putting the finishing touches on his first novel, Calamity Springs, which was a finalist for the 2013 James Jones First Novel Fellowship. He is a member of online writers' co-operative, The Fiction Forge.