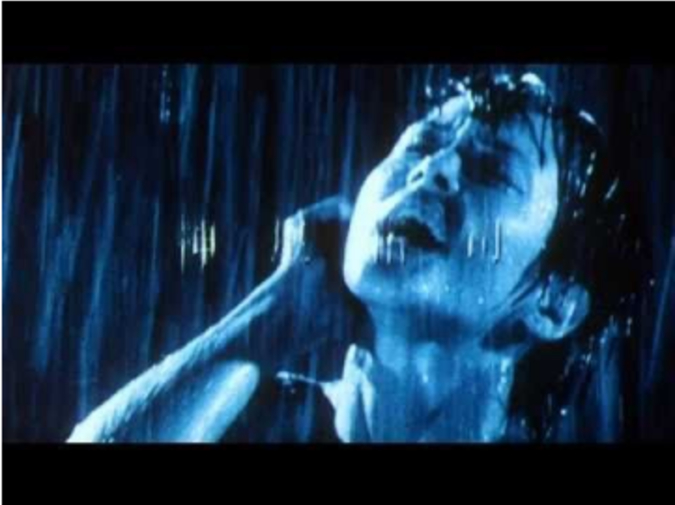 I wanted to see Akari and have a drink so we could get a little drunk and maybe take our clothes off. Not that I assumed it would happen or that I was really trying, but I figured there was a chance. I was hungover so nothing else mattered except maybe getting some perfect shitty food from the beef bowl shop, or a late night cup-ramen. Maybe the korean one with dried kimchi in it.

Akari smelled like flowers, or a fragrance that was similar to rich-lady perfume. Chanel No. 5, or something my Grandma Honey always wore. Similar to expensive soap, but like flowers. I was on my way home from the fights at Tokyo Dome City, and I was thinking about all that, and wanted to drink a little more, and smell the flower perfume, and then maybe we would take our clothes off.

I knew she thought about me, and I mean romantically or in a sexual way. I didn’t really know, but I was a nut job about things like that, so I told myself over and over again that she did, and then I was sure that she did. Akari wants to hang around me, I thought, looking at her from across the the office of the small English school where we worked. She definitely thinks of me like that. I stared at the back of her head, focused, and projected visions of us having sex, hoping she’d pick up on the telepathic vibrations. Then I considered the strong possibility that I was picking up on Akari’s psychic projections, the ones she’d been repeating over and over again in her own head. So I was looking directly at her, between the layers of red-black hair, through her skull, and I almost saw my weirdo sex images and wondered if she saw them the same way. Then she actually turned around and noticed me looking, pretended not to care (or didn’t), and answered the phone.

Akari always needed chapstick. Her chapped lips curled over her teeth when she tried not to laugh at my dumbass jokes to the students. Jokes about how my grandfather was a tuna sandwich, or that my blood was made of sports drink. She’d make genuine attempts to ignore me between classes, which consisted of children running around naming household objects, colors and fruits. “The plate is orange. The orange is orange. The cup is green. The sky is blue. The sky is very blue. The sky is not green. I like soccer. I am Japanese. You are not Japanese.” Then I would try and make them say something funny like “my dad is an alien,” and they’d all laugh or just get confused.

Akari was pretty most of the time, and she looked very powerful when she was angry or crying. Months later I would see this quality for the first time, but not the last, when she whispered “I don’t want to see you anymore,” right after knocking me on my ass with a stiff ballet kick to the chin.

So I sent her the text about watching a movie. It was probably too at night late for her, in that she seemed like a very nice girl. A little conservative, I mean. I imagined her in that moment wearing sky-blue pajamas and watching a variety show with her sister. Maybe one of those shows where eccentric tv personalities visit hole-in-the-wall restaurants and act totally psychotic about how perfectly an egg is cooked. Akari and her sister would be drinking iced barley tea and smiling at the screen, wanting to taste the egg. Everyone wants to taste the egg, mostly due to the camera angle, and the rich gold color of the yolk. Flying too close to the golden yolk of a perfect Japanese egg.

Me: What are you up to? Wanna watch a movie?

Akari: I’m bored. A little drunk. I drank wine with my friend.

Me: (emoticon of an eggplant)

Me: Yes to movie? Not sleepy?

Me: What should we watch?

Akari: I have a movie. You can meet me at the station.

The building I lived in was right on the Kanda river in West Shinjuku. It was narrow and musty, and everything in it looked old as hell. The apartment itself was my invincible Bat Cave. Us and the gokiburi. The street light came through the window at night in a certain way. It made me think of Dark City. Like it floated separately, disconnected from the from the earth.

I smelled my pillow, changed the pillowcase and replaced a bulb in the lamp above my desk. I showered, shaved the back of my neck and my balls. I went outside and unlocked my roommate’s bike with the tiny key and rode it along the dark, quiet river filled with unmoving ducks, like wooden floats. I stopped at the Lawson convenience store for booze. A chorus of female pop screeching played from the ceiling speakers. I bought a cheapish bottle of shochu, beer and cinnamon mints. The ones with the image of the flame across the credit-card thin container called ‘Black Black.’

Outside, two police cars drove by, their sirens going off. Blue light flashed on the buildings. Red light flashed on the buildings. I chewed up a couple of mints and exhaled cinnamon coldness into the air. It occurred to me suddenly that I was very happy. These moments of very obvious joy are why I’ll never get out of this country alive, I thought.

The long way to Nishishinjukugochome station in the dark was relaxing. Countless insects chirped from every shadow. I rode through the small walking streets, passing the trees and short attractive homes. She was waiting across the main road by the illuminated green Family Mart. I waved and she smiled. Akari’s blood-red hair was cut short. She had on tight black stockings which revealed thick, muscular legs. I knew she had done ballet since age 5 because we’d talked about it the first time we met, sitting in plastic chairs for kids, eating carrots and homemade rice balls.

Then quiet. Then the rattling sound of a subway train passing below us.

“I got shochu,” I said, and I took the clear bottle from my bag to show her.

“We can watch the movie if we go to my place.”

“A small one. I can show you, but it’s humid outside. Mushi atsui.”

“Ok,” she said. “Let’s watch the movie. I brought one, and strawberries.”

We sat on the tatami floor in my room. I looked down and noticed a couple of hairs I’d failed to sweep up and slid the door shut with my foot. It creaked along the wooden grooves. I wondered if my roommate was asleep or listening. I started music from the computer, some random Chet Baker. For a long time my roommate thought his name was Chet Barker, so that’s what we called him. I didn’t know what Akari liked, so I figured jazz was a safe bet. I poured some of the clear shochu into water glasses filled with ice and topped them with lemon soda. The room felt smaller than usual. Akari took a silver packet of pills from her bag and removed three from their blisters.

“Some pill my doctor gave me for stress. They make you feel funny.”

“You don’t know what they are?”

“I think it’s like Valium. My roommate had similar ones when I went to college in England.”

I wasn’t sure what the pills would do and was uneasy because I didn’t really know Akari yet. She was not sexy in the office, but she was sexy now. Suddenly her actions felt grown-up, and secretive. Her eyes were large and dark, and for a moment I thought she could kill me, and then I decided she probably couldn’t, but then I thought maybe she could a little while later.

I took the pills and swallowed them with the cold shochu, which was sweet and burned my nostrils.

“You’re trying to drug me so you can kill me?”

Akari took some of the pills, and removed the dvd from her bag.

“Rokugatsu No Hebi,” she said. “Snake of June.”

We watched the movie and talked about how we felt because of the pills and the shochu. I couldn’t tell if I really felt anything, but there was a warm buzzing in my limbs. The movie was pretty and dark and strange and very sexual.

Then my legs were numb. My legs were near her legs. Watching a movie like that always did the same thing. It filled the room with a familiar tension. I rested my hand near her knee as an experiment. She did not immediately remove it.

“Yes,” she said. “It’s very strange. My old boyfriend showed it to me.”

“Was he Japanese or white?”

She took a moment to answer, watching the movie. The light from the screen covered her face in a mask of blue.

We sat against the wall on my futon. I wanted to move my hand to her leg. The black nylon was slick and shiny. Shinya. Shiny Shinya. Shinya Tsukamoto and his snake of June which inspired the necessary vibes. The hem of her shorts was a dark barrier. Hardly there. A faint line separating me from a great distraction. This is familiar, I thought. She had the smallest feet in the world.

“I feel comfortable around you,” she said. “And you’re baka.”

I kissed her hand and then leaned into her neck.

“What are you doing?”

She was not looking at me, but at the screen, with her mouth hanging open, lips slightly chapped.

“No reason. Just feeling funny.” I did feel funny.

I stood to get more shochu. I could not stand, and my legs shook.

On all fours, I crawled to the table and took the bottle. I leaned back against Akari and poured shochu into my mouth from an inappropriate distance and felt strange about being so familiar with her, and the liquid coming down my chin a little, and through my shirt.

The girl in the movie cried in the rain, and I could not smell the flowers that followed her but I didn’t care very much about that or anything else for the rest of the very short night.