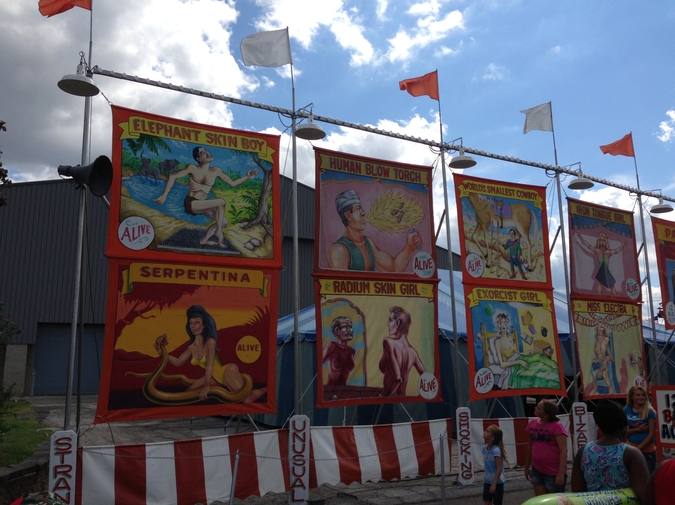 For the third time in as many months, I received an automated email from ebay, stating, “An item you’ve been watching has been relisted.” The item in question is a Toxic Avenger vending machine prism sticker, and it’s one of the most beautiful pieces of ephemera I’ve ever seen, but it comes with a price tag of $200, and so I’ll keep on watching it, and rewatching it, until someone clicks the blue “Buy It Now” button, and removes it from my purview. The individual attempting to sell the Toxic Avenger sticker is a vendor who goes by the name steventiques. According to his seller profile page, steventiques's “main passion is Early American Pattern Glass,” which comprises the majority of the items he has for sale, but he also lists a rather impressive number of late 80s-early 90s vending machine stickers, including a selection of extremely rare Selectra brand prism stickers, of which the Toxic Avenger sticker is the most expensive sticker listed. Other Selectra vending machine prism stickers for sale in steventique’s ebay store feature widely known horror characters, such as Jason Voorhies, Leatherface, and Freddy Krueger, as well as stickers from cult favorites like Sleepaway Camp III, Shocker, Swamp Thing (another personal favorite), and Night of the Demons, in addition to the aforementioned Toxic Avenger. It wasn’t that long ago that I had absolutely no idea, whatsoever, that any of these stickers existed, but now that I know, it’s become a minor obsession of mine, and in addition to that, I’ve become mildly obsessed with the vendor, steventiques, as well. Steventiques’s items ship from Kenosha, Wisconsin, so it's probably safe to assume that is where he lives. His profile states that he is “interested in the preservation, education, and history of American glassmaking,” but then why is he selling so many of these prism stickers, and how did he procure them? The description under each sticker states, “I have found a few Horror Prism Vending Stickers in an old warehouse,” and I’m immediately jealous. This makes me want to move back to Wisconsin, to small-town, rural Wisconsin, where fewer people feel motivated to go scavenging around in abandoned warehouses full of undiscovered treasure. I currently own two vintage vending machine prism stickers. One showcases David Cronenberg's horror/sci-fi classic, Scanners, from the highly-sought collection of rare Selectra horror stickers, and the other is a prism sticker which features an image of a kneeling, blonde, bikini-clad woman, adjacent to the admittedly sexist caption "GIRLS WANTED: No Experience Needed." I purchased both of these stickers from a vendor at a Metro Detroit-area pop-culture convention, Motor City Nightmares, for $10 dollars apiece. In the moment, I recall thinking that perhaps I was being overcharged, but this was before I had learned about the rarity of these stickers, and well before I stumbled across steventiques, and his enviable collection of vending machine prism stickers. The few other Scanners stickers I’ve seen for sale online have typically listed for about $15 each, and I’m yet to find another copy of the "GIRLS WANTED" sticker I purchased, therefore I’ve concluded that what I paid was more than fair. My only regret is that I didn’t buy more when I had the chance. Who knows if I’ll ever see that same vendor, with his tacklebox full of vending machine stickers which once sold for 50 cents a piece in arcades and bowling alleys and gas stations and hotel lobbies, ever again. So, in the meantime, I’ve got ebay, and I’ve got steventiques, and steventiques has got a $200 Toxic Avenger vending machine prism sticker. I recently found a second Toxic Avenger prism sticker on ebay, and this one is selling for half the price. For $99.99, I could finally own the Toxic Avenger prism sticker that I’ve been watching, and rewatching, as it’s repeatedly relisted, since April 2016. But this one doesn’t seem as crisp as steventiques's. Maybe it’s just a lack of skill on the part of the photographer, but the prism doesn’t look nearly as sharp, and Toxie’s visage looks a little washed-out. If you ask me, it’s clearly a subpar example of an otherwise extraordinary sticker, and not worth the $99.99, no matter the rarity of the specimen. So, rather than waste money I don’t have on a lackluster copy, I’d rather continue to fawn over the real deal. And besides, even if I can’t afford Toxie, I can buy steventiques’ glorious Swamp Thing sticker for less than $15.

Josh Olsen has written two collections of flash fiction/prose poetry, Six Months (2011) and Such a Good Boy (2014). He's the co-founder of Gimmick Press and the editor of Working Stiff: The Anthology of Professional Wrestling Literature & Art (2015) and the forthcoming Three-Way Dance (2017). Josh currently lives with his family in Plymouth, Michigan, where he's worked as a university writing instructor, an academic librarian, and the assistant manager of a chain video store.