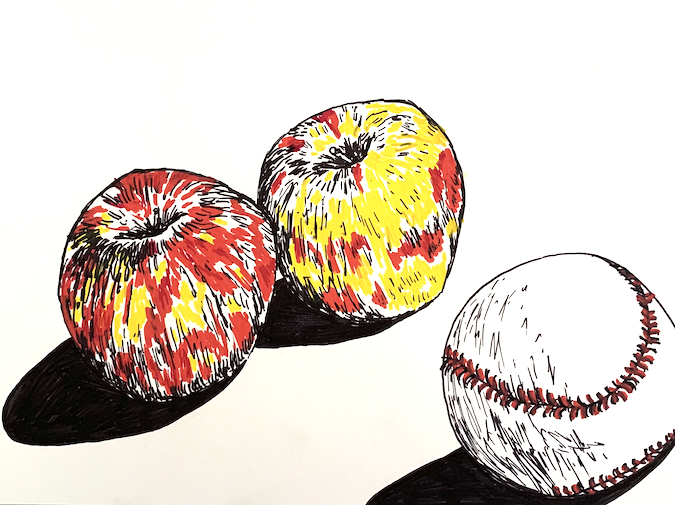 We played in our cousin’s backyard. It was always pitcher’s hand out, right field out. If you did dish it right over the barbed wire into burdock, Queen Anne's lace, thistle, milkweed, you had to gauge the ball’s trajectory well because the donkey that stayed back there had a hell kick, closed fast, and guarded his pasture like he owned a Fort Knox.

The big kids could drive the rawhide deep into the apple tree down the left field line. If you were fleet and cunning – I was fleet and cunning – the ball might take a few ticks to bang back down through branches after its initial whoosh through the leaves and you could rob them, laugh the rest of afternoon away.

Which is how I wasted every summer before I wasted years on Carl Gustav Jung, red wine, spinning records and writing until I finally found a job worth doing. But I'd go back there right now, donkey be dammed, to live again on nothing but nerves and hunger.

Ed Ruzicka grew up amid corn fields in rural Illinois at a time when kids had seemingly limitless freedom during summer days that ripened slowly. Ed has published one book, Engines of Belief, and has recently had his second, My Life in Cars, accepted for release later in the year. Ed’s poems have appeared in the Atlanta Review, Rattle, and the New Millennium Review as well as many other literary journals and anthologies. Ed is an Occupational Therapist who lives with his wife, Renee, in Baton Rogue, LA. More at: edrpoet.com.