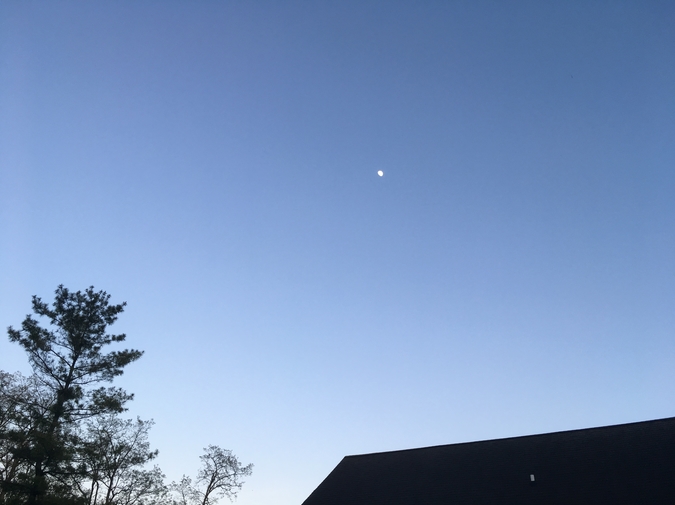 I bear the most resemblance to my maternal grandmother. She, too, is built like a baby giraffe. My mother was born two days after Valentine’s Day; my brother and I have spent our lives getting the occasions confused. One Valentine’s Day, my grandmother bought my grandfather a large captain’s wheel. Upon learning he bought her nothing, she returned it. My mother describes this to me. Together, we imagine a younger Nana on a crowded subway, a wheel in her lap, again.

I have been trying to figure out what traditions my family possesses that aren’t related to sports. When my father drives, he plays guitar on his leg. I do the same—never with an audience, but never alone. Every Sunday, my mother cooks a whole chicken and makes broth from its bones. I do the same. My boyfriend watches as I carve the meat, asks where I learned the technique. I didn’t realize there was one.

My grandmother and I each moved to cities where we knew no one. Does two count as tradition? Does the shape of a body count as tradition? What of an imaginary chord, a forgotten holiday, a pile of bones? They are tiny ones, if anything—boring at best. But the word quotidian must serve as some kind of proof that there’s majesty in the mundane.

Salt and pepper shakers were for plays. Salt would set the pick; pepper would roll. My father taught me all I know about basketball over dinner. Maybe its connection to something as basic as food explains why I didn’t contemplate quitting, even when the sport left my nose smashed into the orbital socket of my eye for two years. Years of migraines and exhaustion? Onward.

When I was a kid, we’d place bets on how long it would take for pops to be shouting at the television as the local college team played. His silence averaged seconds. When I was being recruited to play in college, the coach of a Christian school came to see me in action. My mom says I cussed, cussed again, and he left.

I beat my brother in one-on-one precisely once. He’d let me hang around each match because I got pissy after each loss. One time, I got lucky. I learned my favorite basketball coach died while I was at my favorite bar for watching basketball. I got a coaching job myself weeks later. Our girls made it to the championship with a one-three-one zone as a crutch. We lost by 40.

Even in the city where I knew no one, basketball was a bridge. I’ve called it my boyfriend, heard it called a million other things—just a game, more than a game, a way to stay in shape, a way to sell more shoes, insane, the way we beat our bodies for something meant to be fun, a tendon terror, bone breaker, Saturday morning suicide. I’ve rolled my eyes and rolled my ankles but can’t stay away. My home in this world was built of hardwood.

I can show you the double-rimmed chain-netted concrete court where I taught myself it was okay to aspire. I can tell you I took for granted growing up with something that made me feel large and still a part of something larger. And I can assure you, sometimes love really is just a game.

The word quotidian must serve as some kind of proof that there’s majesty in the mundane.