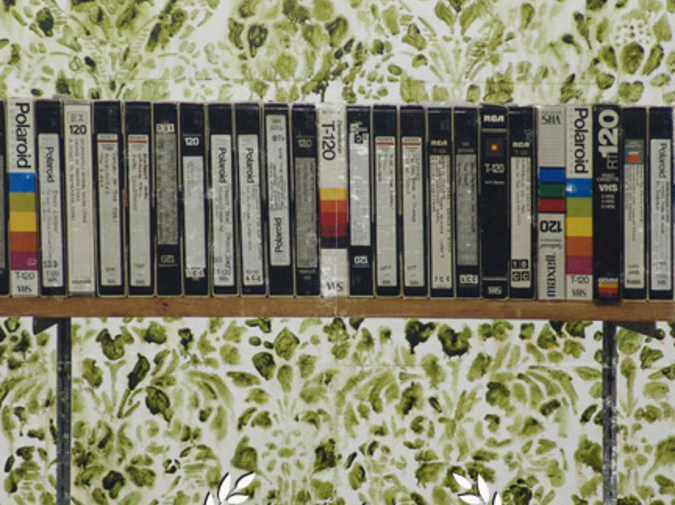 Below is a painting, "Two Parrots," to accompany Sharanya Manivannan's story, "Afternoon Sex," together with the first page of the story. 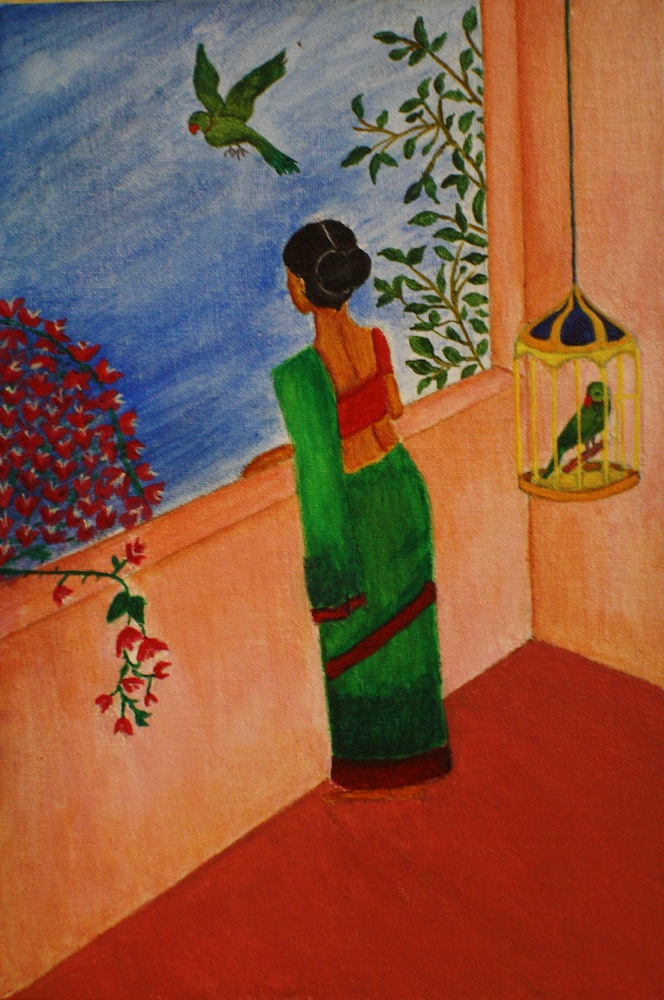 A long time ago, somewhere between the year of personal vendetta and the year of night madness, a fortune-teller looked into my face and said, “You are both very beautiful and very unlucky. The two are not mutually exclusive.” Then he covered the lines of the palm he had been examining with his other hand and squeezed it as if in apology, for what he had told me perhaps, or perhaps only for having told me nothing I did not already know.

The morning after the first time my husband left me, I woke with a coin of pain at the centers of each of those palms. They intensified in strikes of lightning that forked down the sides of my wrists. This was before we were married, before he came back, both of which occurred in the year of impossible miracles. All night, I had held the weight of his leaving across a complicated dreamscape, tethering him to me by my very lifeline. My hands, a begging bowl.

I had begged him to come back to me and he had, but contained within that first departure was every betrayal that was to come. I could never unremember it. My husband never betrayed me, in intent or in deed. I cannot say the same for myself.

Sharanya Manivannan is the author of Witchcraft, a book of poems, and is working on a collection of stories, The High Priestess Never Marries. She has received a Lavanya Sankaran Fellowship and an Elle Fiction Award, and has been nominated for the Pushcart Prize. Her fiction, poetry and essays have appeared or are forthcoming in Drunken Boat,, Wasafiri, Cerise Press, Killing The Buddha, Monkeybicycle, The Nervous Breakdown and elsewhere. She can be found online at www.sharanyamanivannan.com.