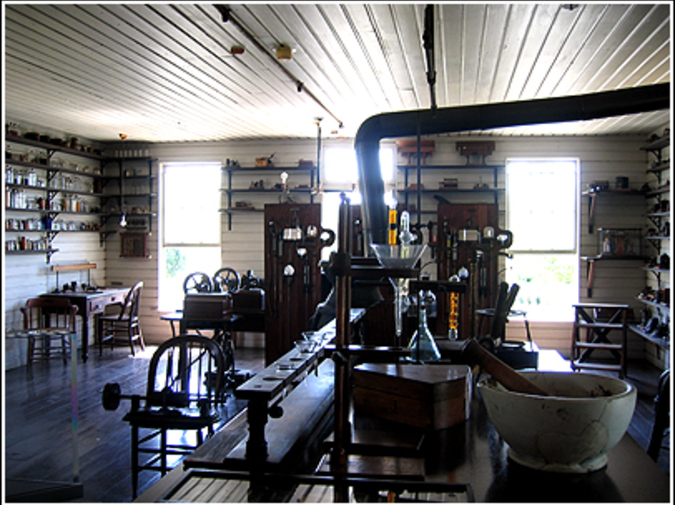 A little girl in a red princess-style coat with a checkered lining, aged three. She's on tiptoe on the back seat of the Chevy, a red and white finned '57. That's what I remember traveling in until the time of the Volkswagen bus, although most cars, save Volkswagens in their many guises, are indistinguishable to me.

Anyway, the little girl, Kiera, her hair chopped so that the one remaining curl is a wisp skimming her brown eyes, has not yet hit the simmer point of jumping up and down. Her white-gloved fingers clutch the seat back; if she wasn't wearing the gloves, puckery at the fingertips, her knuckles would be the white of the cloth.

"I want to tell you something," she says, her words clear.

"Sit down." Her mother frowns at the rear view mirror but the child doesn't yet realize she is visible.


"But I want to tell you something."

With a body slam the child slumps into her seat. If the car turns around and she is delivered home like an errant package and marched up the steps to the dingy third floor apartment, her arm a stitch away from being yanked out of its socket, she will be punishing the others. No playdate for them. Unless Ginger, her mother, abandons her, her cheek pressed against the window, rageful tears spotting the pane. She'd imagine her mother, tall and knifelike in her camel's hair coat, retrieving other little girls, docile things with blonde smiles, swishy petticoats. Those playmates would inwardly gloat when Ginger reported Kiera couldn't swing on the swings today because she was naughty. Yes, her mother most likely would lavish attention on the porcelain dolls, none of whom would ever put their dirty shoes on the back seat.

But how could it be naughty to report something important? So important that now, forty some years later she, me, doesn't remember what it was, only that her mother never listened.

Considering this moment today, the adult version of Kiera has a life-defining realization; this Adlerian moment wasn't solely a definition of her relationship with her mother, who never did listen, but was how she interacted with the world as a whole. How the world reacted to her: no one listened.

"What, a Cassandra complex?" her mother asked the one time Kiera brought up this early memory, her first memory, which Adler said was the defining moment. Her mother, normally too busy reforming Kiera's words to what she wanted to hear, for once heard something about a little girl and a mother who never listened. Close enough. That had been during her mother's Jungian phase, and Kiera knew Ginger wouldn't put credence in Individual psychology. Especially if it was something Kiera thought interesting.

Kiera's ex-husband never attended to her words either. When he was still her spouse, she'd leave him a note to buy milk and he'd come home with butter. She'd ask him not to get her chocolate for Valentine's day; when she pushed the huge box of Godiva away, he'd say in dismay, "But you wanted chocolate."

Before they were married, she'd said she wasn't interested in children. She could pick out the exact spot in the Denver Art Museum where she'd told him. Yes, it had been in front of a Madonna, but still, she'd forthrightly delivered the message, and he'd smiled that fleeting smile she'd found so thoughtful, so attractive, and nodded. But what it turned out he'd meant was that he liked babies. It was as if he only heard the last few syllables and twisted her meanings into their polar opposites.

One of her dreams had been to win the Pillsbury Bake-off.

"You?" her high school boyfriend asked at the recent reunion, hooting with laughter so that she wondered if she'd fed him burnt cookies, soggy doughnuts, or unsweetened icing. "You want to win the Pillsbury Bake-off?"

"Sure. A million dollars. But just going to the finals would be fun."

He looped his arm over her shoulder and laughed some more. "I thought you'd find the cure for cancer or formulate the fuel to take us to the moon, but bake cookies?" He sniggered. "You never were domestic."

She shrugged. "Science is science. Chemistry of food applies." And walked out of his sodden embrace.

What the reunion proved was they hadn't really known each other, not just she and Greg, but the boys in German class, the girls in homeroom. Way back then, they'd had preconceived notions, didn't want to revise them. Either that or they'd all changed. Grown up. Developed new interests, although she'd always liked to bake, had made Greg a buttery, nutty cake on their very first date. She hadn't made many others because that was the only recipe she'd liked in the one cookbook her mother owned. She hadn't wanted Greg to think her boring. Besides, they'd dated spottily senior year, mostly when Greg needed help with his chemistry. He only understood her when she talked in the alphabet of the periodic table. Certainly he'd lost all understanding when it came to Ag or Au, not that she'd wanted a ring in high school; she hadn't. She'd wanted him to think that's what he wanted. She'd wanted romance and got a boyfriend with Ne and Kr for a soul instead. His inertness had extended to his ability to meet her needs, only exceeded by her husband's resemblance to helium in all things emotional.


THE PERIODIC TABLE OF MEN

Kiera, caught in the net of middle-aged divorce, emailed a lot.

Sometimes she found old boyfriends on the web. Once in awhile, if the person was a professor at a university, or advertising a self-published book, there would be a web address, and she'd send drunken-sounding words flying into the blue. I'm sorry I never made you that velvet shirt; I doubt you'd want anything so frivolous now that you're a chemistry professor, she wrote to her prom date.

To her first college boyfriend she wrote, I see you stole my story about traversing Africa. Maybe she should have purchased his book to check for references to a woman with good teeth and hair that gleamed in the sun.

No one ever wrote back.

What with her penchant for the Internet, you'd think she would try an electronic dating system, but she didn't want to be discarded because of her unremarkable picture. Usually she didn't smile with her mouth open, obscuring her best feature, but if she showed her teeth, only a dentist wouldn't assume she wore dentures.

And all those middle-aged men specifying what they wanted – curvaceous blonde with large bust, 22-26 years old – as if they were ordering a life-feel robot. So few men dated within their age cohort. She had no desire to date men two years younger than her father, and she'd yet to locate someone looking for a woman with perfect spaces between her teeth.


The only ad she'd ever wanted to answer was from a "Pavarotti-wanna be." She hadn't known if the author meant he was fat, liked opera, or sang opera. Alas, that had been when personals were in the paper and she'd still been married.

Maybe she could advertise for her specifications: Man with Np (isotope 237) for a soul. Yes, with a half life of over two million years, that love might last, but neptunium was so rare, existed in such infinitesimal quantities, he'd effectively have no soul. She'd have to make do with americium. Am-241 decays to neptunium-237, half life of 7388 years. Should leave enough time for a great affair, and she might capture an itty bit of the matrix of his soul. The mere fact a man knew what she was talking about might be qualification enough.

She could imagine the conversation: I thought you meant NLP. Thought it was a typo. I know NLP. Got Rolfed once. Back in the day, I did EST. Thought you were on that track. "No, no," she'd laugh. "I'm an Adlerian." At that point, the date, some man fast exiting his sixties, would mutter, "Huh? Was he a friend of Hitler?"

C.A. Conrad lives in Fort Colllins, CO where she sometimes half-heartedly looks for a new job (preferably not in the health field), sometimes takes classes at Colorado State University, and is lucky to have found a small writing group which mets biweekly. Credits include Perigee, flashquake, and Verbsap, with longer work upcoming in Noneuclidean Cafe and others.