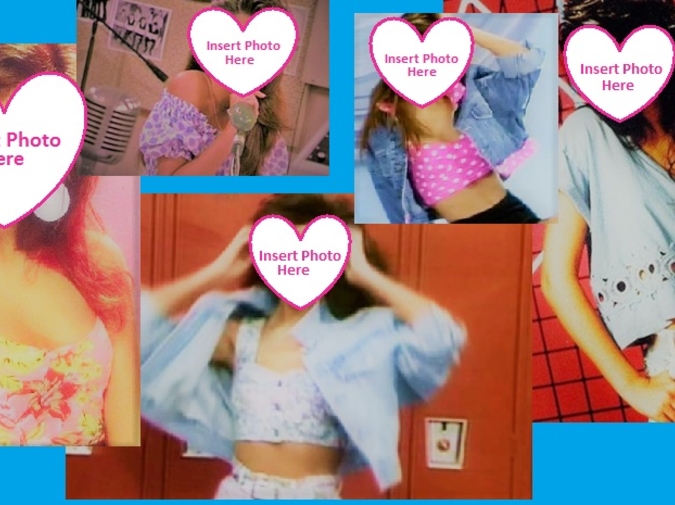 Pretty Potion[1] is the solution
to every girl’s puberty predicament.
Acne, flat chest, braces, awkwardness—one sip of Pretty Potion
and you’ll have beauty[2], grace, charm and popularity.
Recipe yields four servings—enough to get any girl through puberty.

1.      In a mixing bowl, combine sugar, cinnamon and crushed eye shadow[7]. Set aside.
2.      Strip Barbie doll and remove head. Coarsely chop pieces and place in the top of a double boiler over hot, not simmering water. Melt doll, stirring until smooth. Add disposable razor[8], acne ointment, lipstick and nail polish. Stir mixture over low heat to avoid clumping.
3.      Transfer doll[9] mixture into large pot, adding dry ingredients slowly. Stir over medium heat until combined.
4.      Wrap lock of hair tightly around photograph until picture is completely obscured. Add to potion.
5.      Spritz potion four times with breath spray and while jumping from foot to foot, recite the following incantation*: Put your mind to it. Go for it. Get down and break a sweat. Rock and roll. You ain’t seen nothing yet.[10]
6.      Stir over medium heat for four hours or until concoction turns golden.
7.      Drink on first full moon[11] following your twelfth birthday. Repeat as desired, preferably one week before school pictures.

* lyrics from the song ‘Go For It,’ sung by Hot Sundae on Saved By The Bell.

[1] My grandmother called me bruha. Witch. I wore my hair in tangles and blobbed around the house in one of Lola’s old muumuus—the feel of worn cotton as comfortable as silk parachute tenting my fleshy body, obscuring my unshaven legs and ashy knees. I was no witch, but wanted badly to believe in magic. I spent most of my evenings lying in bed and willing my transformation into being, sometimes rising to slow dance around the room, elbows lifted, head resting on some phantom suitor’s shoulder. If I could have concocted a tonic to aid my metamorphosis, a salve to work my ego, I would have done so, would have traded something of myself in the making. Instead, I prayed for magic, for felicity. I whispered incantations into my pillow, breathed wishes onto soda tabs, eyelashes, and folded cootie catchers. I walked in concentric circles that might bring me closer to romance, closer to beauty, closer to my elusive true self.

[2] In the afternoons, I stripped off my boyish clothing and watched back to back episodes of Saved by the Bell, feeding my unhealthy obsession for Kelly KAPOWski. The perky brunette with her slim ankles and come-hither hair tosses was the ultimate teenage bombshell. She was Bayside High’s prom queen and head cheerleader, a singer in a hit girl group, a model with a summer internship in Paris, and of course, the target of Zach Morris’s unwavering affections. I wanted all these Kelly things, but mostly I wanted to be touched, and noticed, and seen, and touched again.

[3] In junior high, my wardrobe consisted of plaid collared shirts with corduroy pants in various shades of brown. Naked in my awkwardness, yet somehow unseen, I longed for neon shirts cinched at the waist, jean jackets and blue tights with fluffy layered socks. I imagined Kelly must have had twelve bras in fuchsia, purple, leopard print, and of course, hot pink. I wanted that hot pink bra. Instead, I was stuck with my sister’s old training bra, salvaged from a heap of socks on the garage table. I was an unkempt brown girl, attempting to survive in a field of blossoming white girls, white girls with their thigh high stockings and their parted-down-the-middle-hair, white girls who would transform into Alicia Silverstones and Sarah Michelle Gellers, white girls, who would forever shunt me into the space of chubby brown nobody.

[4] On the eve of my first seventh grade dance, my brother told me I looked pretty, predicting that I would soon get my first kiss. I carried his unexpected compliment in my throat all night. Having ditched my glasses at home, I stumbled around the darkened gymnasium, dazzled by the overhead rotating lights and intrigued by the reek of Cool Water cologne. Blurry eyed and overcome with sensation, I had entered the mystical plane between childhood and pubescence, and every day was a test of my worth. That year, I popped mints addictively and carried Binaca everywhere, in preparation for a kiss that wouldn’t come for six years.

[5] My buck teeth were the accomplishment of many years of determined thumb sucking. Attempting to save money, my dad encouraged me to push a closed fist against my two front teeth to force them back into place. I did this for hours on end, in bed at night, and on long car trips, until my gums ached, and the lined impression of two teeth became embedded into the skin of my hand. On the heels of my first period, followed braces—cemented on metal and wire that made my lips swell to cartoonish proportions.  I wasted lunches gargling Mountain Dew, sucking food from my teeth, never smiling for fear of pizza sauce stuck in my metal mouth. At the time, I was convinced that my braces were shackles that kept everything wondrous about me, all my beauty, my essence, bound to the earth—just one more flaw that prevented me from shedding my ugliness and catapulting into the blue, blue sky.

[6] With the unfamiliar world of femininity beckoning, I scavenged the house for clues to unlocking the Kelly Kapowski in me. Late at night, I fumbled under the bathroom sink through my sister’s abandoned beauty products: mousse, gel, Aquanet, a hair crimper, bottles and bottles of polish I slathered onto the stubs of my chewed nails. I tried all of them, believing that some combination of those ingredients would transform me. My parents were always telling me to be like my sister. She was twelve years older and evidence of the seemingly impossible—that a girl, who shared a sizeable portion of my DNA, could grow into a brown Kelly Kapowski. With thick black hair that fell to her lower back, puffy bangs, lined eyes, and always perfect makeup, my sister looked like she should be on the cast of 21 Jump Street, a show I never watched, but understood to concern really cool people. When I got my first period, it was she, who recommended I read, Dear God, It's Me Margaret. Later, she would advise: always wear matching bra and underwear. Her advice, while sporadic, was appreciated. I was desperate that she might shine some of her beauty on me, that I might share her place in the sun, but my annoying fascination must have tested her patience.

[7] My sister’s eye shadow compact was an artist’s palette and brush that could paint me beautiful. I fingered the long black compact, caressing the magic wand and bright little squares, gouging holes into my favorite colors: shimmery gold and silver over my eyelids, cerulean blue underneath. I dug the wand into fire red, rubbing the improvised rouge into my cheeks. I posed for hours in the bathroom mirror, sucking in my cheeks and slitting my eyes. After many sighs, I washed away the prettiness, smudging a cotton towel with blurry shadows. Later, I flinched when she yelled my name, denied everything, even when she waved the compact at our mother. New makeup all ruined with chunks missing and colors mucked together. I didn’t cry, not even when she said I used all the cheap colors that only prostitutes wear.

[8] I believed I might shed my ugliness if only I had the right tools. My first time, I sat on the edge of the bathtub clutching a bar of soap and my sister’s pink disposable razor with the little flowers on the handle. I ran wet hands down my calves, on skin like silk, wondering, is this what it feels like to be sexy? My sister threw the razor in the trash. Don’t you know I could get AIDS from sharing a razor? That’s disgusting. After ten minutes searching the discarded razor for AIDS, I covered the pink with a single square of toilet paper. Afterwards, I studied myself in the mirror. In addition to what I saw and did not like, I worried there was something ugly inside me, and without a crystal ball, or a seer to guide me, I was powerless to exorcise it.

[9] Two weeks before my eighth-grade graduation dance, my best friend and I ransacked the mall in search of the perfect dresses. We settled on matching knee length velvet dresses, hers in black and mine in burgundy. In the dressing room of Charlotte Russe, my mother deemed the dress ‘too old’ for me, and when I whined that my best friend would be wearing the same dress, my mother’s response was, “You’re bigger than her.” Bigger, the adjective that had been used to describe me my whole life. Sometimes ‘bigger’ was to be shaped like a barrel. Other times it was my father puffing out his cheeks and extending his arms wide, as if describing a baby elephant, rather than a young girl. By the time I am thirteen, I don’t even flinch when my male cousins call me Chewie.

[10] I should have defied my mother, should have bought that dress with stolen money, and changed in the school bathroom before the dance. I should have sprinkled myself in potions, scrubbed the fear from my face, and dressed my skin in pink lipstick and clouds of medium beige powder. I should have kissed that boy, emblazoned that moment into my adolescent heart and fueled the confidence I so longed for in high school. But with Kelly Kapowski as my unachievable standard of femininity, I would never consider myself worthy of such beauty, nor would I ever identify something of myself in her, or in any of those caricatures on Saved By The Bell, a show whose every episode I was excluded from. No amount of wishing or incantation could change that.

[11] In the dark, I worried that someone might mistake me for a boy. I wore black gaucho pants and a light green button up shirt, my too big shoes clunking on the gymnasium’s wood floors. Again, without my glasses, I blundered through the throng of bodies, both disturbed and exhilarated by the crush of gyrating twelve and thirteen year olds, ever hopeful that I might work magic from my sister’s training bra.

Jen Palmares Meadows essays from northern California. Her writing has appeared in The Rumpus, Brevity, Fourth Genre, The Nervous Breakdown, Essay Daily, and elsewhere. Her website is: http://jenpalmaresmeadows.com./