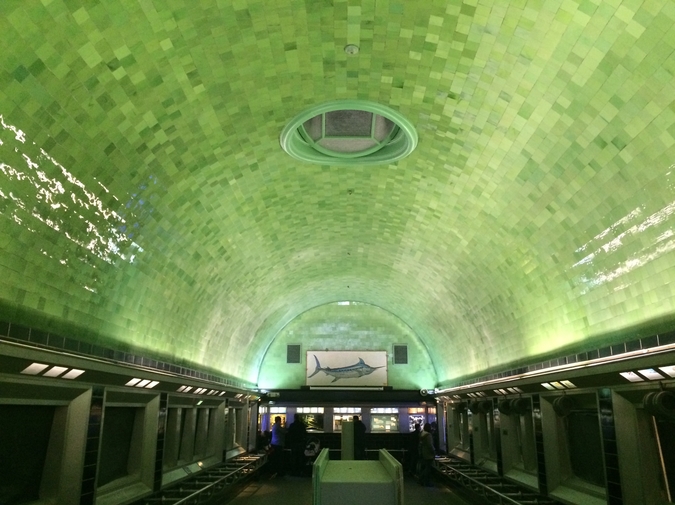 Mathias LaFleur: the first Eagles Got Talent contestant ever clapped off stage. At Deliver High, there’d been retreats from relentless booing, students targeted with fruit, but this was all-new. Pure gold.

Mathias: another Katrina kid, the newbie from NOLA, the only contestant to dedicate his performance to God. His song was a Jesus one, about humans lacking strength that, actually, they didn’t need, because, Jesus. By the end of the first verse, he so thought he was crushing it, that hero’s voice, that swag. He freed the mic from its stand, strolled a-rhythmically around the stage, did a pitiful little head-bob.

Behind the curtain, I was rewriting half my act. It occurred to me the new douche was perfect material. I had like two minutes on him, plus reserve jokes about hurricanes, and a way-too-soon one on his dad I honestly wasn’t planning to use (just in case).

They ate it up— my whole school hypnotized before him. The football chodes up front pumped their fists. Teachers smiled big from the back. Even the stoners gave him subtle props. And I’ll admit, something genuine was happening, like he was singing directly at someone not even in the auditorium. I started to doubt busting on him would work. Truth is, I just wanted to win. That Applebees gift card was mine, and I’d let Lexi Brady order anything on the menu.

At the second verse, someone started a clap-along that turned unanimous fast. Soon the back sections all came together on the downbeat. Mathias’ confidence soared. He pointed with his free hand. He broke out kicks, hair-shakes, headbangs, and a Captain Morganesque perching of his foot on the floor monitor. Fuck it. I dropped my notebook and clapped too. Let’s be real, a happy audience is a stand-up’s best friend.

But as more hands joined, the clap grew in length. It would hit half a beat early (thanks to eager beavers), then sort-of emphasize the actual beat (thanks to the band kids), and finish (with the stragglers) half a beat late. Once everyone was in, our noise swelled louder than the track itself. Every clap became unique, so that by the end of the second chorus, three hundred people were just clapping, not clapping-along. It’s like everyone was trying to out-clap everyone else. The auditorium roared like heavy rain.

Mathias couldn’t hear the song, his song, God’s song. Our song now. No song at all. He just stopped, shrugged, kind-of smiled at all my classmates. He put the mic back on the stand while, behind all the clapping, the song launched into its bridge, the part where his voice (in rehearsals) did this spooky-good tremolo that made you want to cry. Mathias walked off the stage he’d owned only a minute ago.

He was halfway in the hallway when I caught him by the arm. “Get the hell back out there, man.” I didn’t really know what I was saying. Mrs. Hegy waved from backstage to say like, WTF?

“Take that stage back, right now,” I told Mathias. Maybe that unruly crowd had me pissing myself, or his dad was speaking through me, or I don’t know. It was all of ten seconds. I took each of his thin arms, raised them above his head, and spun him back toward the roar. “Take,” I whispered over his shoulder, “the motherfucker back.” I didn’t need to push him— he just went. I made prayer hands at Mrs. Hegy to say like, Thank you.

Mathias: his hands high as the room erupted. Mathias: his stage, his honest-to-god applause, the screams all for him. If there were streamers they would have fallen. Everyone got to their feet. He took back the mic and went a cappella on their asses.

He took it all the way back—flung himself out into the crowd, fell into their open hands. The kid surfed a wave of our class. I was speechless.

How do you go on after that? I walked out and the chaos made it clear that the funniest thing I could do was follow him. I dove straight for the football team. And those kids, the angels I never knew they could be, fucking caught me.

Tyler Barton is the fiction editor of Third Point Press and an MFA candidate at Minnesota State University. His published stories can be found at tsbarton.com. Follow him @goftyler.