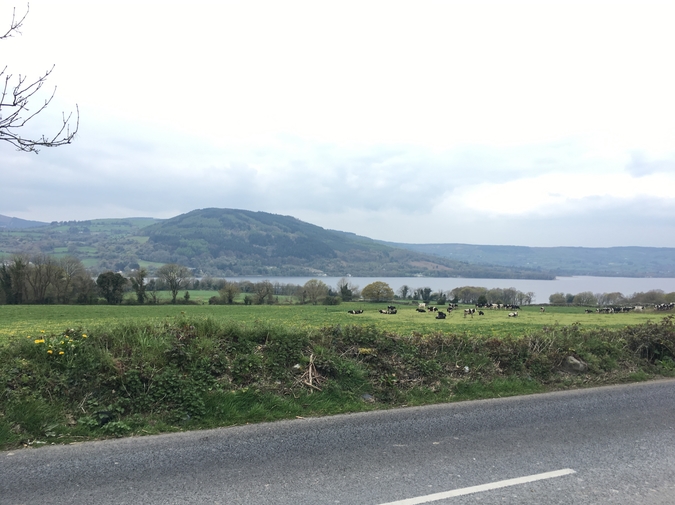 That’s your ancestral town, you tell yourself, but you don’t feel any real connection, no deep familiarity. Your grandmother listed off some place-names the last time you saw her, and you typed these into the Airbnb website. There were plenty of interesting-looking Airbnbs in this place, but you sorted by Price Low to High and found that the cheapest one was six miles out of the way. Then there was a budget plane ticket and a bus ticket and then another bus ticket and that’s what got you this far.

You turn your back on your ancestral town. Ahead of you is a long road which, according to your GPS, will take you to the Airbnb you’ve booked. You set off at a brisk pace, figuring that with your long legs you can shave ten minutes off the app’s estimated time of arrival. Apparently the clan from which your grandmother is descended was called “The Tall People” in local vernacular. You don’t know if that’s true, but it’s a fun thing to tell people at parties.

You know you should listen to some traditional local music, or just appreciate the quiet, but being out here, outside  the network of buses and Wi-Fi, doesn’t feel good like you thought it would. You’re antsy. You wish your phone had enough battery for you to check Twitter, reassure yourself that the rest of the world’s still there. You can’t justify the battery expenditure to connect to the Internet, but you can listen to some music.  So you do, and you listen to something familiar, something safe, something suitably American.

There’s a lake to your left, and to your right the green hill slopes gently upward. It’s so green, too green, alarmingly green. You pass farmhouses with charming garden statues out front, and fields full of cows, out back, and the cows don’t even look at you. Every few minutes a car passes you on the road a little too fast and you wonder what would happen if you weren’t careful, if the driver wasn’t careful, if you got hit by a car in the middle of nowhere and the driver would be real pissed and they’d say is there anybody I can call to make this not my problem and you would have to say there’s nobody in this entire country who knows me and they would say what’s a lone American doing all the way out here and you would have to say, I don’t know, I just thought it would be nice to look around.

Suggested drink pairing: A two-gallon jug of water purchased from a gas station. Imbibe straight from the wide plastic mouth and let the water run down your chin.

Caroline Galdi lived in North Carolina for most of her life, but has recently moved to Kentucky to pursue an MFA in fiction at Western Kentucky University. Her work has been previously published in X-R-A-Y, Ripples In Space, The Coraddi, and elsewhere. She spends too much time reading tweets as @cyclostome.