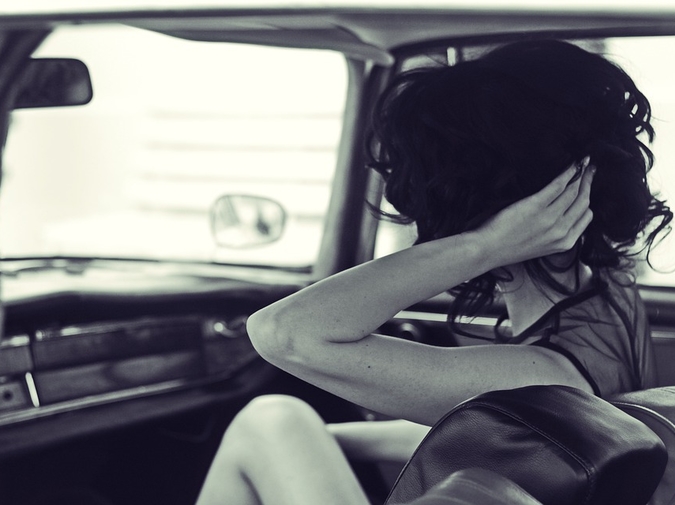 My mother crooned “Poetry Man” in the car between errands and have-to-be’s as in, “We have to be home by six,” or, “You have to be at piano rehearsal at three thirty.” I did not stay with the piano. I didn’t have the passion, and my parents had no wish or will to force me. My mother expressed disappointment but only lightly, a soft sigh to the windshield and a “Well...” She sang Poetry Man with much feeling and little musicality. No one in our family can sing, though my father can carry a tune. But to sing. To open the mouth and let out creation.

Only last year my mother and I sang Joni Mitchell’s “A Case of You,” with such wonderful, cantankerous yowlings that we laughed after hard enough to shake the car. But Phoebe Snow was before, when only my mother drove, when only my mother could drive, when my day was still her responsibility. About six or so Christmases ago I bought her the Live: Phoebe Snow album. Not long after we were going somewhere in the car—I forget where—my mother driving me again, and we were listening to the album, we were listening to Phoebe Snow talk to the audience around her music. She thanked them and spoke to the memory of her departed daughter, Valerie, who was born with such severe brain damage as to be incapable of living without near-constant attention and care. Which Phoebe Snow gave, putting a long hiatus on her music career. We listen to her sing, “You’re My Girl,” which she dedicates to Valerie. “This is for her. And it’s for you, too.” And when at last she has finished this vibrant labor of a song she speaks to them in Woodstock, New York—and us in the car—and she says, “You’re all keeping me alive.”

Phoebe Snow dies on January 19, 2010 following a cerebral hemorrhage, yet still the voice coming to us speaks true. The song finishes. My mother reaches to turn down the volume to tell me something. I watch her creased hands at the controls and think of singing and dying and how none in my family can hold a tune. When we say goodbye, who will lead us through the hymns? How will we keep alive?

William Hawkins has work published or forthcoming in ZYZZYVA, The Molotov Cocktail, Pithead Chapel and Tin House Online, among others. He lives in Los Angeles, CA.