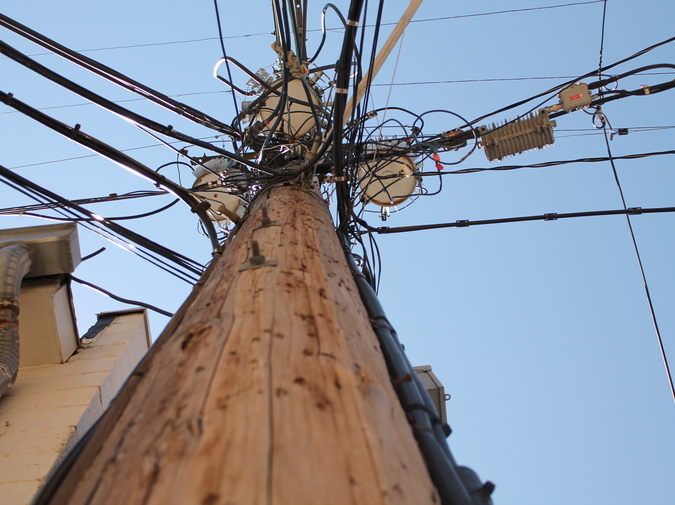 Win wasn't homeless, which set him apart from the others. But he'd hit rock-bottom, jobless and sharing enough to be one among them. In the fifty-station clinic, they were strapped to centrifuge machines, fists clenching, unclenching, as their blood beat through clear lines, transforming into plasma in the bags suspended above. They wore paper-thin shirts and denim jeans and canvas jackets, and all carried an acrid stink, their faces skeletal and hollow-eyed. Some straight off of binges but ready to jump back on. And just like them, Win would collect his twenty-five dollar payout and head downtown.

Nurses in lab coats roamed the floor as machines sucked and whirred, like animals feeding. First-timers were paid fifty, the clinic's hook. Regulars received half. The process lasted an hour, but it set you back three days, like being lost in a fog, as your body built back up nutrients again. One smoke or beer after put you down hard, like a sledgehammer to the head, but it was a good cheap buzz.

In a former life, Win taught algebra and consulted at GE. People told him he looked like he should be on TV. But none of that mattered when he had been asked the same old questions in the lobby: Have you used this week? Have you shared a needle? Have you had unprotected sex with a man? Have you whatever, to which he answered no, the only answer he could give for the money.

Win's phlebotomist was a seven-foot tall African, pin thin with kind, ovoid eyes like soft-boiled eggs. He had never seen the man before, but his nametag read, Chinonso, and he smelled like cinnamon toast. Win hadn't eaten yet and might spare a couple bucks to buy a fast food burger, but he couldn't concentrate because Chinonso's gait was unimaginably long. Win counted in his head, one-two-two and a half, waiting for Chinonso's log-sized foot to hit the floor again. He wanted to tell Chinonso that he could own a Guiness Record, but his head felt like a cotton ball and he said, "You move like a cat."

Chinonso sat Win in an empty station. It reminded Win of an upright Army cot, the hard frame pressing into him. Chinonso carefully tore a plastic bag and unwrapped a clear tube, attaching it to the centrifuge machine. His gestures were drawn-out and seamless, like the rest of him, his arms moving like algebraic expressions.

"Never met anyone named that." Win pointed at the name-tag.

"It was my brudda's name," Chinonso said.

"Your who?" Win asked, because he liked the sound.

Win had read that Johann was passed down three times in the Bernoulli family. He wondered if names worked like the brachistrochrone problem. The rapid descent of a name sliding from one son to another under the influence of gravity.

"No sistas?" Chinonso asked. "Sistas are nice. Most beautiful. Like gold queens."

"It will help the blood be pumped." Chinonso positioned Win’s hand and squeezed the rubber grip to demonstrate. "Do like this, yes."

Chinonso sterilized Win's forearm with iodine and inserted a thick needle. Blood shot into the shaft and the plastic line grew fat and purple, and the machine separated the plasma.

"Chinsy," Win said. "Fuel's getting low." If he played it right he could double-up on snacks. "Maybe you got those protein bars in the back?"

Televisions were mounted to the walls with the same movie—police cruisers chasing an Aston Martin through wet, city streets. The Martin cornered hard, a ninety-degree turn, and a cruiser crashed and exploded, flames shooting two storeys high.

The man in the chair beside Win yipped like a hyena. He was a regular and wore a full-faced ski mask, the visible skin marked by sores and scabs.

"Hey. Pal. Buddy." An urban camo jacket hung over his knees as he shook with cold. He said his name was Trapper John and that he was sensitive to low temperatures and had scoliosis and was allergic to oxygen, which made him rashy, hence the sores.

Win ignored him, but Trapper John called again. "President's putting cancer in your drinking water. And all the gays are robots."

At twenty-nine Win thought he had lost it all: his job, his girl, his health—only to realize there was always more to give, like a mind.

"They freeze you on purpose," Trapper John said. "They say it's saline to keep the veins open, but I had it in my veins. Saline, gasoline, liquid dream, A-team. Guarantee it's clam juice. Say, you're not a regular, I mean a Gold Club Member." Trapper John bit his lip, blowing a fleck of skin. "Question. I've been here how many times? Answer. Two thousand five hundred and thirty three hundred. Say, you wouldn't know where vampires keep their gold? A blood bank. Get it? We could be blood brothers."

Win counted to himself and clenched his fist, one-two-squeeze, one-two-squeeze. The machine separated red-blood cells and plasma before his stripped-out blood returned. His arm felt cool, but after a moment the machine began drawing again, and he warmed.

Across the room, Chinonso sipped from a coffee mug. The top of his bald head nearly touched the ceiling. Win waved, hungry, and Chinonso raised his hand chest-high. The room filled with movie sounds, explosions and gunshots. Win tried yelling over the noise but his voice felt like dust in his mouth.

"We could be partners," Trapper John said. "Are you listening? Hey! Can you reach my water? I got a million bullions in the real world. And I'd split it with you."

On the pushcart between them was a Dixie cup.

"Freakin' thirsty," Trapper John said. "They take the water from your blood. We're made of ninety-seven percent water like the earth. They want pure blood because it cures cancer. That's what plasma is. Jesus was made of water not blood. He turned blood into water and cured Mary Magdalene. His last miracle. Now the President wants it." Trapper John reached for the cup again.

Win eased into his chair, staring at the ceiling, counting the stains on the panels, one shaped like a finch’s beak. He thought maybe bloodstains. He was thirsty too, but he wanted to fill his bag and leave.

Win's bag was two-thirds full. It looked like piss. He'd read that it goes to hemophiliacs and burn victims—people who could die waiting—but it wasn't free. Sold for thousands of dollars, and he got a fraction. If he could separate the plasma on his own he could sell it on Craigslist. Even as a joke, someone would buy it.

But for now his plasma and Trapper John's and the rest was all mixed up and shipped in rigs around the country, trailer loads full of biohazard drums. They were the heroes and the saviors, not the cops and the firemen. He liked knowing that the dying banker on the street, the man who shunned him for eating out of a garbage can, would come begging for his help. He imagined the news headline: “Bum Saves America.”

Trapper John groaned. Win considered the Dixie cup. If he moved his elbow wrong the needle would gouge deep. But he swung his arm, a wide, slow pivot. Robotic. But short of the cup. Trapper John shook his head and stepped from his chair, his foot landing with a thud, and he reached. He silenced the room, letting out a wail as the needle drove into his forearm. His scream hung in the air like a phantom. Nurses rushed, and Win counted. One-two-three-four-five-six. They lifted Trapper John, his arms outstretched like Christ on the cross. His lips moved, and Win thought he might be saying "Bingo" over and over.

Chinonso looked at Win as if he were something evil among them. Win fidgeted because everything was happening too quickly. His plasma bag was full, but it could be another twenty minutes by the time they got to him. More nurses circled Trapper John, and under his mask Win saw he was grinning.

Win felt sorry for him, and the nurses, and all the others in the clinic because this was as good as it got. But Win wouldn't gouge himself for the attention. He had sworn that he'd never let his life slip that far gone. And if it did, he imagined he could get back to something like the beginning.

Win flinched as he slid the needle from his arm, releasing a small squirt of blood. He pressed the wound with two fingers, and stole the bag of plasma from the hook, tucking it under his shirt. He passed through the waiting room without a word and out the front doors.

His brother Bill stood on the sidewalk and offered Win a smoke.

"You get paid?" Bill asked, sucking feverishly on his cigarette. "I bet you did. Tell me, am I right?"

From beneath his shirt, Win showed him the bag, and the plasma shined like gold.

"What the hell is that?" Bill asked.

It was only a matter of time before they would login to a computer at the library and open a Craigslist account. They would title the listing: Real Plasma - Cures Cancer – Like New. They would ask for $200, enough for fast food all week and some left over, maybe for crank. "One last time," Win would say, "to celebrate second chances."

Craig Buchner’s fiction has appeared in a variety of literary journals including Tin House, Puerto del Sol, Wigleaf, and Juked. In 2006, he won the AWP Intro Journals Award for fiction. Craig lives in Portland, OR, where he teaches creative writing. You can find more of his work at www.craigbuchner.com.