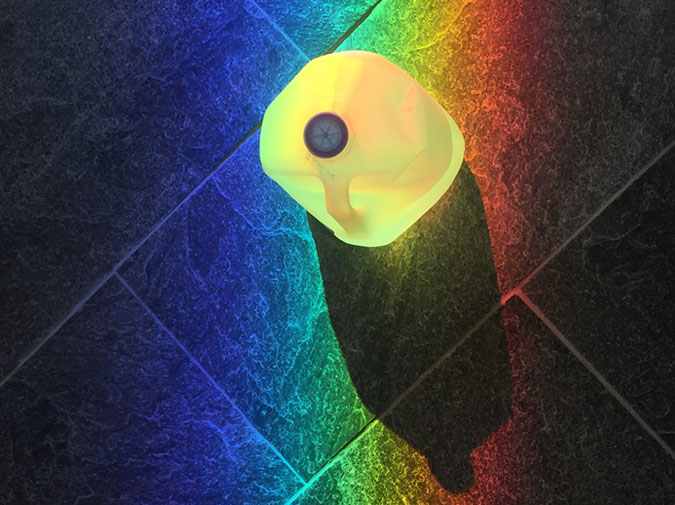 First Week of April, Los Angeles
(as transcribed from the iCalendar “what really happened”)

1
got crab and salmon sushirritos with the ex and put on planet earth 2 right at the moment sir david attenborough says the crab eats the dead skin off the marine iguana's back. i think i'm gonna be sick the ex says. at the movies i leave halfway through to pick up some lotion-y body wash at the downstairs cvs. the cashier asks the man in front of me if he’s going to a party. no the man says. i'm european and this is a normal day for me. in the parking garage a man avoids eye contact and asks is trader joe's open? i don't know i say. is it open? i put the bag in the car and go back to the theater where the ex is still sipping his water and stalin is dead is still a pretty pitiful movie. dad calls to wish me a happy easter and i say oh yeah

2
walked from the train to hollywood urgent care to walgreens to TJ's to home all while listening to a dude talk about the original virtual reality existing in our heads. when we die we take our headsets off and that's about when i say fuck it and make banana bread. apparently if dissolvable stitches don't dissolve in the first seven days they never will

3
at the park a woman with a tattooed face and a $5 puppy named gizmo asks which county i’m from while her old dog mamas runs clacking the grass with her retractable leash. i go home to a fever and mushroom orzo. i reflect on the way the sun warmed my face when my coworker rightly said happiness is in caring less

4
the girl i’m with for lesbian wednesday says you don't seem that gay. you seem pretty straight to me she says. hmm that's interesting i say i don't tend to judge people based on their appearance. it was like fireworks when i met my ex she says. instant chemistry. we were long distance for two years and i couldn't move because of my career and even though she could’ve she said she couldn’t either so i said if you loved me enough you would move here just for a month to see and she said you’re the one true love of my life but i just can’t move to los angeles. she tells me this over a mangled plate of ratatouille and then we listen to keith jarrett in the backseat of her 1994 bmw and make out until 4am

5
at 11:30 lunch i tell my dad i’m apparently not gay enough and even he third martini in hand says what the hell does that mean. later dr. rudy tweezers an inch of plastic out of my side and says now that’s what’s been troublin’ you

6
had a delightful conversation with A— about his new life in seattle. apparently it’s all marine noises and strange jaw lines and movie sets and hearing nothing interesting for too long in a great grey dishwater sky. english isn't naturally beautiful but when you work to make it so it's really something else. at work i call dr. rudy to get vics for my coworker and she tells me to quit taking drugs for my bleeding rib. i quit the man who made me whole and now my rib is bleeding i don't say

Eugenia is a writing living in Los Angeles.