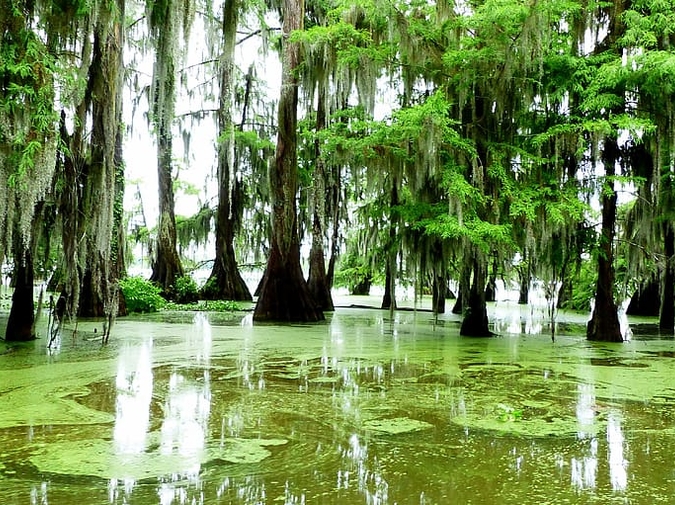 The old man kicked us out after the fight. He’d taught us about the whole world, even the parts we knew we’d never get to see. But that was over.

We walked, Joe and Ronny’s blood mixed on their faces and knuckles. We looked at the street, at the houses with only bedroom windows lit. When those went out we looked at our feet and our bikes, at the half-flat tires crinkling over gravel.

“That skeeter’s from the Adirondacks,” Joe said when one buzzed by. The old man had told us of the snow on the mountains, of the cool, thin air.

“That skeeter’s God.” Ronny said. We never knew he could look so serious, without a hint of a smirk on his face.

“A skeeter can’t be God, Dummy,” Joe snatched it out of the air and squeezed until it was a red smudge in his palm. “See?”

“Just ‘cause you caught it don’t mean it ain’t God.”

Ronny grabbed Joe’s head and nuggied him until his hair was a matted, static mess. “This is what you get for startin’ that fight.”

Joe pulled on Ronny’s ear. “This is what you get for saying a skeeter is God.”

“There ain’t no more skeeters, Florida’s killin’ them all, making them all boys, you know?”

“Sure as shit,” Ronny said.

We were quiet after that. We had no fight left, like beaten dogs we walked, tails tucked between our legs—but we didn’t want to go home, we wanted to scream and jump and climb onto parked cars until their alarms went off. We wanted to claim the street as ours, the houses with chipped paint, the potholes in the pavement, the blinking streetlight. We wanted all of it. And then we wanted to run.

“We’re on the lam,” Ronny said after we passed the path home.

We laughed, the three of us, bumping shoulders and spinning bike tires. The sun was down, moonlight cut off by clouds. Ronny stopped. “You know what time it is?” He howled to the sky then said, “Witching hour.”

I held my breath between street lights but didn’t want them to see. We weren’t supposed to be scared but I didn’t like being a witch. Didn’t like that we couldn’t see the old man again. Didn’t like the dark. I wanted to go home, but I knew that we wouldn’t turn back until just before the sun came up the next morning, the horizon aflame in an orange glow. We knew we’d get a beating by Pop, but we didn’t care, for one night we were wild, we were free, we were out.

And on the other side of town the old man sat on his porch to watch the sunrise. That was how we’d found him after all, when Mum and Pop were fighting and we fled out the back door. Back then, it was like he was waiting for us in that rocking chair, waiting for the kids he never had, waiting to tell stories about all the places he’d been and the things he’d seen, waiting like that was all he wanted to do.

I missed the Adirondacks and the skeeters and God. I couldn’t ask Ronny or Joe or even Mum or Pop. None of them knew about New York or sinkholes or if lightning ever strikes twice.

Jacques Denault received his MFA in Creative Writing at Emerson College, where he was an instructor with EmersonWRITES and Co-editor-in-chief with Redivider. His work has previously appeared in New Zealand's National Flash Fiction Day Micro Madness contest, Red Fez, Rat's Ass Review, Cunning Folk Magazine, Meniscus, and elsewhere. He runs a blog and website alongside writer and historian Isabella Connor: Jacquesandisabella.com