On Not Going for a Beer 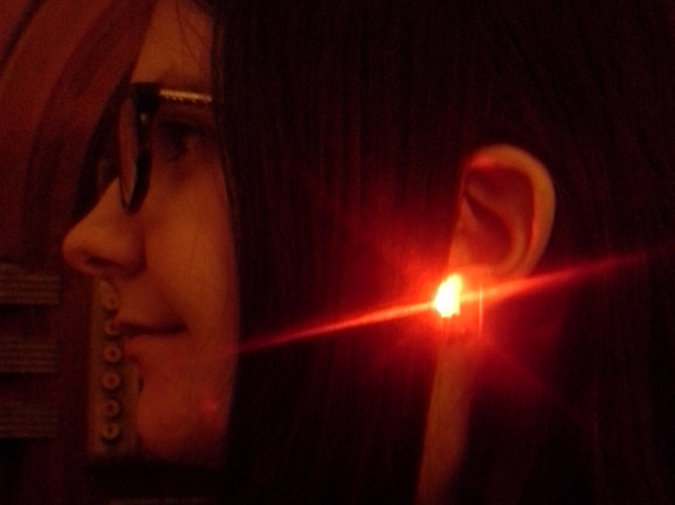 At the same time she would be getting ready to go to sleep in America, she finds herself sitting on the U-Bahn train in Vienna. The green line. She is lost. A young man is entering the train. He’s not particularly good looking—short, with curly hair and crooked teeth. He’s well-dressed, like all Europeans, and he’s sitting across from her now and trying to catch her eye. He is asking her a question that she does not understand, except “bier.” “Bier” is “beer,” she knows, and she also knows that when a strange man approaches you in any country and says “beer,” you say no thanks. But instead she is dragging this out. She is making her face confused, and she is speaking to him in English, and he is repeating his question in English. He gets up to leave before she says no thanks. He is used to this. She thinks she is making the right decision. She’s avoiding the awkward conversation leading to the unimpressive orgasm, the cigarette, the goodbye. And she doesn’t know a word of German, except “bier.” She is thinking this while standing on an U-Bahn platform, waiting for the red line. She sees a man—not particularly good looking—walking away from a woman who has just turned down his offer to go for a beer. Now he is approaching her. It has been several weeks and she still knows as little German as she did on the first day, except “bier.” Still, she can’t help herself, she is asking him now, in English, to repeat the question. “Would you like to go for a beer with me?” She is saying no and he is turning now to the friend who has been waiting with her here at the coffeehouse, and her friend is saying ja, and auf wiedersehen to her. She finds herself boarding the train, exiting, and walking by a bar, where she sees the strange man and her friend finishing a pint of beer. The friend is practicing the German she has learned, and he is finding this as charming as the little breathy sounds she makes when she is having her second unimpressive orgasm. After countless such orgasms, the friend is crying into the last beer she drinks before telling him she is pregnant with his child. She is saying she can’t do it, can’t keep living in their small apartment with their little Austrian babies and their Austrian dog. She is leaving him. She is going back to finish college, even though she is now thirty and unenrolled. She is getting on the blue line to the airport and while she’s flying back to the U.S. after this long vacation, she’s telling the flight attendant that she’d really like a German beer. Did she enjoy her beer? It’s hard to say. The man across the aisle keeps buying them for her, and he’s also pretty good in bed, and shares her lifelong dream of moving to Montana.

Hannah Dow is a PhD student at the University of Southern Mississippi's Center for Writers, where she is an Associate Editor for Mississippi Review. Her work has appeared or is forthcoming in The Journal, Harpur Palate, and American Literary Review, among others.