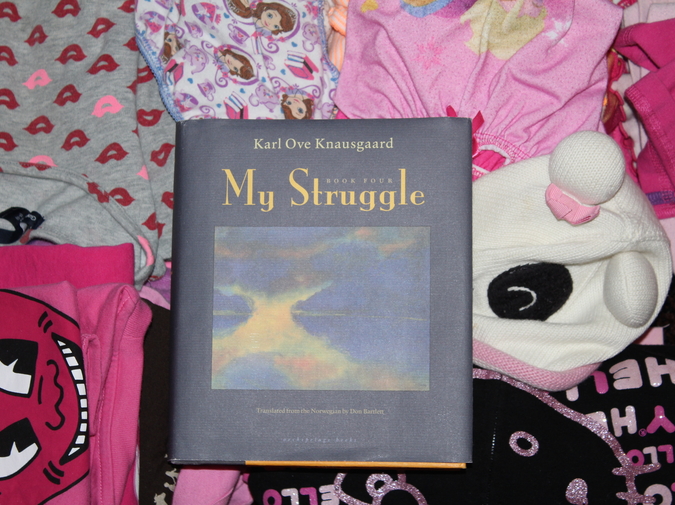 Two teenagers are living in my house this summer, and neither has read The Catcher in the Rye. They’ve taken over the basement, binge-watching shows on Netflix and referring to Instagram as “Insta.” They eat a fairly consistent diet of peanut butter and Nutella sandwiches, microwave popcorn, and Gobstoppers. At night, before we go to bed, my wife and I count the beers in the refrigerator in our garage. My three-year-old, bilingual daughter refers to them as the flojos, the lazy ones, because they’re usually asleep during her peak play hours of 6 AM to 12 noon.

These teenagers are (a) my 19-year-old stepdaughter, home from college for the summer, counting the days before she (an anthropology major with a focus on archaeology) heads off to New Mexico to assist her professor on a dig, and (b) my 17-year-old nephew, who just finished high school and has moved in with us until he figures out the next step of his life. To me and my wife, this next step is obvious: college, a good one, and, in the best case scenario, an affordable one, too.  My nephew, though, seems to have no interest in the future. He prefers to talk about the friends he misses, the movies he wants to re-watch, and the comments on his Facebook posts. My stepdaughter’s malaise is temporary. She will perk up as soon as her plane to New Mexico lifts off, and she will be back in full-time student mode in September.  My wife and I worry about her, but we don’t really worry about her. My nephew, though, is a different story.

The fourth volume of My Struggle covers, other than a few digressions, two years in the life of a teenage Karl Ove Knausgaard – his last year in the Norwegian equivalent of high school, at age 17, and his first year as a teacher in a remote part of northern Norway, at age 18. The main storyline of these two years is Karl Ove’s failed attempts at getting laid, which usually stem from his inability to avoid premature ejaculation. The book’s triumphant conclusion is a sweet scene at the Roskilde music festival, where the young Karl Ove, done with his teaching duties and about to start a university writing program, finally finds an equally horny young woman who’s willing to let him try again and again and again in a sleeping tent until he actually achieves the feat of losing his virginity.

These misadventures of a lascivious teenager are amusing to read, especially in the Knausgaardian-attention-to-detail manner in which they’re told, but I was far more interested in the darker parts of the book. This volume covers the years in Knausgaard’s life when he learns that his father is an alcoholic. He begins to recognize that his maternal uncle, the frustrated intellectual still living with his parents, suffers from undiagnosed mental illness. He sees his older brother, his hero, fuck up a very good relationship with a terrific young woman. And Knausgaard’s response to these events are to black-out drink on a weekly basis, adopt the sleep-and-wake cycle of a madman to write Hemingway rip-offs just after midnight, and sabotage every relationship he has with a girl upon the first appearance of any emotional intimacy.

In other words, he acts like a teenager. In other words, he acts like a child. It’s no coincidence that the best “relationship” he has with a girl during these years, the one he’d eventually fictionalize as the subject of his first novel, is with a 13-year-old student. The Karl Ove Knausgaard of My Struggle, Book Four is an idiot, a know-it-all, a spoiled brat, a poser, a bad son, an awful boyfriend, and a reckless risk taker. He’s also incredibly naïve, frightened out of his wits, deeply disturbed, and clinically depressed. He’s confused. “Oh, this was the world and I was living in the midst of it,” he says at one point, expressing his shock at the impending adult life that is fast approaching.

The year spent teaching is not a year of privacy for Karl Ove. People of all ages, at all hours of the day and night, arrive uninvited at his apartment. Sometimes it’s his students. Sometimes it’s the local fishermen who comprise most of the small town’s male population. Once it’s a girl he merely eye-flirted with on the bus (by the next day, the whole town knows about her visit, and by the next week, she’s assumed girlfriend status). His teaching colleagues drop by to listen to his records and drink his wine. His students’ parents have no hesitations about requesting an unscheduled parent-teacher conference on his living room couch. At first, these intrusions and these visitors’ presumptions that he has nothing better to do with his time annoy Karl Ove, but eventually he finds the practice a charming quirk of small town, northern Norwegian living. The town is boring, and he’s the new toy that everyone is eager to try out as a cure for such boredom.

There’s more, though, to these visits than sheer boredom. Karl Ove’s tenure is limited to one year. He knows this, and the town knows this, too. Like the teacher whose position he’s taken, and the teacher before that one, too, Karl Ove is part of a progression of young men taking a “gap year,” which is the term my wife and I use to explain why our nephew has moved into our basement guest room. Knausgaard is wrong when he says he was “living in the midst” of the world. The world hasn’t started for him, and this is another thing that the town knows well. Karl Ove bears the promise of youth, of someone who has the opportunity to leave behind a fishing village and go to university. At one point, he describes his life then as “so vast and so all-embracing.” The townspeople were more interested in that life than in the person leading that life; they were just trying to bask in the potential of that all-embracing viewpoint and momentarily experience the optimism of youth.

The parade of people intruding on Karl Ove’s life, trying to feel like an 18-year-old for a few moments of their days, reminded me of a patient I’d seen recently. She hadn’t smoked in two decades but confessed that she liked to stand near smokers and breathe in their fumes. “My favorite thing is when I’m walking to the subway,” she said, “and I find a smoker who’s headed in the same direction, and I can stand right behind him and the smoke drifts back into my face. I get to breathe it in for a few minutes, and that’s enough to satisfy me.” She asked me if this behavior was unhealthy; because I’m a nephrologist and not a psychiatrist, I assumed she was asking about the physical rather than mental health of such actions. I acknowledged the risks of second hand smoke exposure but told her that, overall, the best thing she could do for her health was never smoke again. “And if occasionally walking behind a smoker is what it takes for you not to smoke, I’m fine with that,” I added.

Knausgaard uses that “so vast and so all-embracing” descriptor while reminiscing about yet another failed adolescent relationship: “… sitting on a bus and thinking about her, the one, not knowing that feelings will slowly, slowly, weaken and fade, that life, that which is now so vast and so all-embracing, will inexorably dwindle and shrink until it is a manageable entity that doesn’t hurt so much, but nor is it as good. Only a forty-year-old man could have written that.” When I read this passage, I took out my iPhone and photographed the page. That photo sits in my phone’s camera roll among pictures of my kids – directly after a picture of my daughter pushing her younger brother in a plastic car, and just before a picture of my infant son wearing a Batman mask at a Mets game (Matt Harvey, a.k.a. the Dark Knight, was pitching, and we were sitting in a section called the Matt Kave). Life doesn’t hurt right now the way it did when I was about to turn 18, when I spent a summer convinced I was in love with three different girls and wondered if any of those three would still be in my life when I started college a few weeks later (they weren’t). Life doesn’t hurt, but it’s also not as good.

I’m not 40, not yet, but I’m close – close enough to look at my nephew and envy the experiences that await him, the chances to succeed and fail in equally glorious ways. When I go down to the basement and encourage him to get off his phone and start working on his college applications, that is my version of standing behind a smoker or inviting myself into Karl Ove’s apartment. I am trying for a taste of youth as much as I am trying to ensure that this youth in front of me doesn’t waste his opportunities.