Of Flakes, Dogcakes, and Dinosaurs 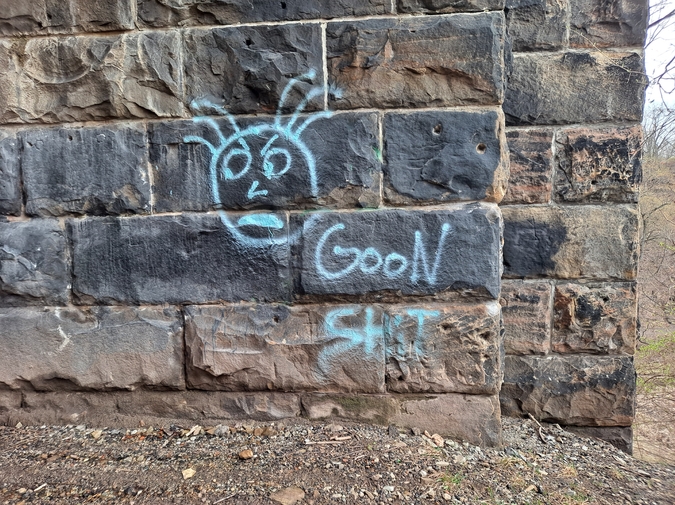 In the 1970s, every grocery in my Midwestern town sells tall quarts of buttermilk. My mom uses it for pancakes, and I also drink it with salt and pepper. Once I serve it to myself so salty that I immediately retch it up, but even that puts me off it only temporarily. I don’t remember the last time I see buttermilk in a store, but I do remember the last time I drank it—it incorporated unspecified “flakes,” as clearly labeled on the carton, (but when did that happen? and why?) and I spit it out.

Not Ready for Prime Time

My mother always gives the first buttermilk pancake of the batch to the dog, sliding the collapsing disk of imperfectly cooked batter into the bowl of Bingo, our trembling beagle/terrier/pointer mix. (He never spits it out.)

Later, in my professional life this “pancake for the dog” becomes an irresistible metaphor for the warm-up, the rough draft, the field-test, the pilot study; the proving ground that orients the environment and fine-tunes the tools and the player.

Wondering if “pancake for the dog” The Phrase, is a thing, or just my thing, I Google it.

The results are all recipes for healthy, homemade pancake treats for your dog.

Because “they are what they eat.”

I am an early adopter of the internet. In the 90s my boss asks me where I’d sourced some fly work product and is equal parts amazed and appalled when I said “the ‘net.” A scant ten years later a young colleague asks me “why do we need, you know, workshops and conferences and stuff when everything is on the web?” …and I snort. I am the same—the world changed.

Consuming Dinosaurs: One Bite at a Time

We need not and should not gulp down reflexively whatever we find lying about, but, should rather, as the Buddhists say, slow down enough to “drink our food (pancakes) and chew our drink (buttermilk)” because, despite what dogs may assume, not every random deposit is either delicious nor nutritious.

Regarding consumption, the phenomenological philosopher Gadamer claimed that whenever we “consume a text,” aka: “read;” we make a corrupted copy, mingling our own intellectual, experiential DNA with that of the author. (He did not say that, exactly; that was my own corrupt composite.) Then we spread our own version over everything we contact, i.e., infect, mutate, pollinate, disseminate. Maybe we talk about or write about something we read, explicitly, or maybe it’s subtle, some influence that creeps in. This might sound like grapevine, (is that still a thing, in elementary school?) but he thought it was a healthy process of interpretative expansion. That we, like those evolving internet dogs, are what we consume but, moreover, and less obviously, that which we consume, even metaphorically, is itself transformed: even improved, elevated, refined; by our consumption and reproduction of it.

OK, we may breed some flaky metaphors and analogies, but they are, ideally, like bad genes, self-correcting. For example, in a LinkedIn discussion about organizational change someone opines that the dinosaurs “didn’t adapt” and thus became extinct. But I snark back that I guess they should have had the foresight to partake in Asteroid Disaster Safety Training (ADST)!

Thus I am consumed by LinkedIn… and LinkedIn by me. Hail, Gadamer!

…past-bashing is au courant, as when a workshop participant irritates me to the point of mild delight repeating versions of, “I don’t like to read or write about the past. Only the present relevant.” Lady, a second ago is “past.” And thinking about the past makes it present, the present continually asserting its privilege as history gets overwritten by all who outlasted dinosaurs.

She claims that’s not what she means. No, her objection is aesthetic. “Writing about the past risks…” [hushed, scoffing tone] “ … nostalgia.”

Eww! Now there’s a fate worse than death (as they used to say). But was I not once her and will she not one day be me?

Past and present, like dog and pancake, form an ouroboros.

And, despite nostalgia for buttermilk and defense of dinosaurs, I really don’t favor the past, either. In those party games where you pick your most resonant era, and everyone wants to be a hippie, a flapper, a Medievalist, I am always the only one to go off script to pick the bright unknown future over bad trips, bathtub gin, or tragic (sometimes literally) dental hygiene.

Because, after all, progress, by definition, always wins: American dogs are healthier than ever. And, despite flakes, many good things, like tie-dye, eventually become classics.