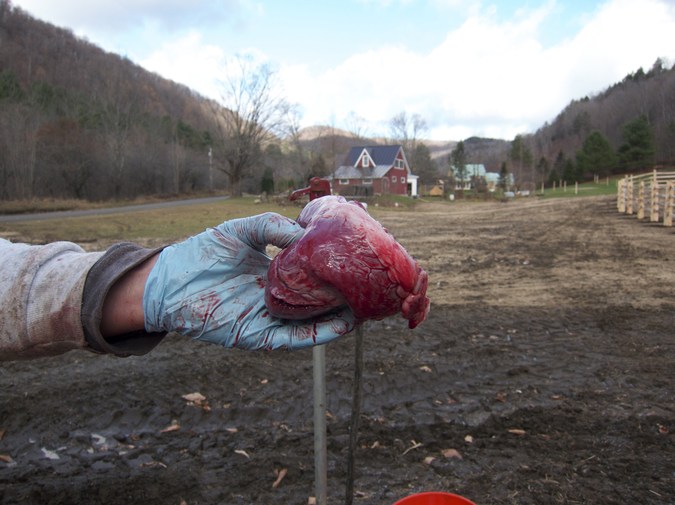 You are obsolete. The cashier in your neighborhood’s grocery store is obsolete.  The typesetter—who placed each individual letter for the headlines of the morning paper—is obsolete. Tollbooths barely require someone to stand sentry in the middle of the highway to collect coins anymore and soon enough lasers will replace surgeons in operating rooms as well. Advances make human effort easier and—eventually—unnecessary.

This is not a 21st century story. There were other tools that came and went before this age of computer innovation: the lector, paid to read the paper to assembly line workers was forgotten with the advent of the radio. Buttonhooks with ivory handles are no longer necessary for fastening tall shoes and long dresses, now easily secured with zippers and laces. The cow tail holder—patented by a Mr. Clarence Baldwin in June of 1925—which protected the individual milking the cow from getting thwacked like a common fly is hardly necessary now that most cows are milked by machine. No modern day Wal-Mart would market a merkin, for what modern day woman would pay for a genital wig? Women who wore merkins hoped to cover more than bare skin; the mercury that burned away all pubic hair was applied to treat Sexually Transmitted Diseases. Now the term Sexually Transmitted Disease is also obsolete. How obtuse—it’s not a disease, it’s an infection.

My great fear is not that the age of human achievement has ended, replaced by robotics, but that each tiny shard of obsolescence carries smaller refractions of itself off into the fading light. There will be other artifacts that come and go for future generations. Someday, the way our phones take up pocket space, search for service, and ring may all seem quaint and archaic.

In another wonder of technology, some cardiac patients rely on Left Ventricular Assist Devices or mechanical hearts. The doctor who implants the device explains to the patient how she will deploy the machine in the cocoon of his chest. I know because I’ve heard a doctor describe such a procedure to a patient, calmly as if discussing the steps to stuffing a Thanksgiving turkey. By device she means his new metallic heart, by deploy she means surgically marry his organic self to science and a battery pack. She explains the operation in words one might use to describe a military mission into inner space. The procedure is another exercise where the enemy is hard to define; the failure of the mission is hopefully delayed but ultimately inescapable.

Before each of us plays out the inevitable endgame, many of us owe our thanks to technology. Human intellect creates machines that replace humans, or at least replace their jobs as telephone operators, elevator porters, and master penmen. The equipment that replaces people must also be considered alongside equipment that lets us fall in love, watch school plays, wait in line at the post office, and listen to the radio all without a beating pulse. These mechanical hearts, they circulate blood in a constant steady current, like a lazy river.

Show me something, then, that is sacred, when even our heartbeat is obsolete.

Tovah Burstein is a writer and professional literacy enthusiast living in Chicago. During the workweek, Tovah coordinates literacy tutoring programs in Chicago Public Schools. Her work has previously appeared in MAKE, Santa Clara Review, Book Slut, Defunct and the Chicago Reader. She is the Reviews Editor for Ghost Ocean Magazine.