Nothing Sexier Than a Girl Smoking 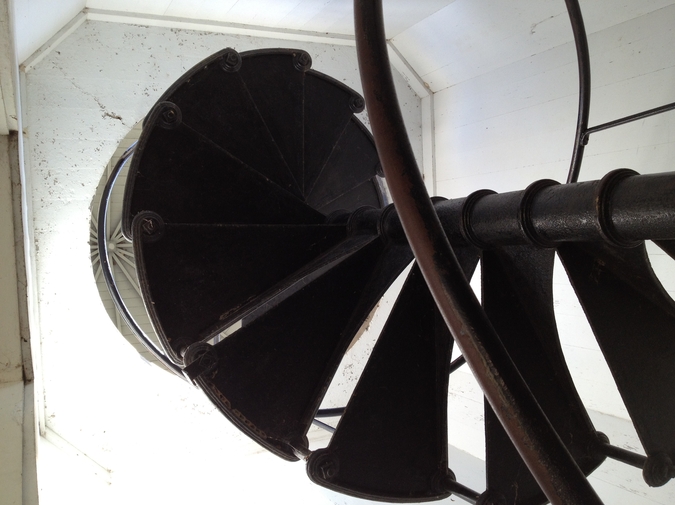 I bought this really super-hot dress when I was twenty-nine and unemployed and shopping with Q., twenty years older, very much employed. Two years earlier in a set of skyscrapered offices with panoramic views of dusty Los Angeles, I was an underling and he was not. That job scared me. I stayed late at night, padding the carpeted corridors in bare feet and drinking protein shakes that I hadn’t mixed well enough, so that I would swallow a large clump of the powder and then want to throw up. Sometimes I watched the sun come up through the windows of my office, which was really beautiful. It was so beautiful that I would tell myself, see, it’s okay, all of this, just for you. I didn’t drive, so I walked to the bus at night and thought I heard rustles behind me, coyotes or Hillside Stranglers, which seemed like maybe a better option than what was actually waiting, i.e. another day on which I would fail to accomplish what was expected of me.

During the day I surfed the internet and took the elevator down the floors to smoke cigarettes while Q. watched.  Q. had a long face and melting brown eyes and everything he said was edged with irony. He told me I should learn the Japanese tea ceremony, that it would bring me peace. He talked to me about C.S. Lewis and his problems with his girlfriend, with whom he had lots of threesomes in expensive hotels. But he didn’t like her son, and this worried him.

One day I went out and had drinks with a friend at 5 p.m., but I was going to go back to the office because there were things I had to do. Only I kept drinking and drinking. I went back to the office anyway, because I had it in my head that I had to go back and do those things. At my office and extremely drunk, so high up in the sky, I called Q. He was still there, even though it was late. He could tell I was drunk. I was hoping he would offer to drive me home and also that he would make out with me, but he didn’t. After I hung up the phone I threw up, very precisely, into the plastic lining of my trash can and then I walked the bag to the women’s bathroom, where I emptied it into the toilet and then put the liner in the trash. I still feel my chest clench around my heart in shame, thinking about it. Nobody ever brought this up with me later or criticized me for it.

I quit that job when Q. came to my office and told me I was fucking up. When he said that I felt horrified at first and then something else blanker and better and scarier, which was just learning that I could walk away from my failures.

The next job was better, but not enough better, and so I quit that one too. I spent one month seeing the country, and then I came back to my studio apartment in Hollywood and smoked cigarillos and drank 7-11 coffee and ate 7-11 donuts and read a lot.

Q. lived near me, in a stream-lined house in the Hollywood Hills, with a South American film star neighbor. He had a flexible schedule. He liked to have brunch and I was nearby and at loose ends. Q. had broken up with his ex-girlfriend by then, but he missed the sex.  We had brunch a lot. I paid sometimes, although he always offered. I think he liked that I would pay. He would tell me about the very beautiful woman, younger than me, he was chasing. He was fond of her, not just her beauty, but he was not really nice in the way he talked about her. After brunch we would wander the streets. Q. liked shops that I thought were expensive and cheesy, but with him I liked them too. They made me feel calm.

During the day I had brunch with Q. and at night I read a blog written by a bunch of American men in Thailand paying to have their balls massaged. I felt like those guys would have hated me if they had known me, with my messy hair and my unshaven upper legs and the little mustache I didn’t do anything about, but on their blog they were very vulnerable and sweet. They were so happy in Thailand with the girls they paid and the girls they didn’t. Reading their posts calmed me. Out among the faded sky lurked wonders.

When I quit smoking he said that it was a good thing to do, but also sad, because there was nothing sexier than a girl smoking.

I am telling you about Q. in a somewhat coarse way. I am telling you about the hard edges of his regard and not about how those brunches and walks were something I rested myself on as I tried to figure out what I was going to do next. It made me feel good for a long time that I had stayed friends with Q. It made me feel like maybe not as much of a fuck-up. But then I started to feel angry at how little he had cared, really, about the ways I was going under, about the ways I was bobbing to the surface again. And after another set of years it occurred to me to think how little of my feeling actually attached to him -- if he was drowning too, I would never have known.

Felix Kent grew up in Southern California, but now lives in Northern California. Her writing has appeared in The Toast, Spork Press (online), and Watershed Review.