Notes on a Failed Town 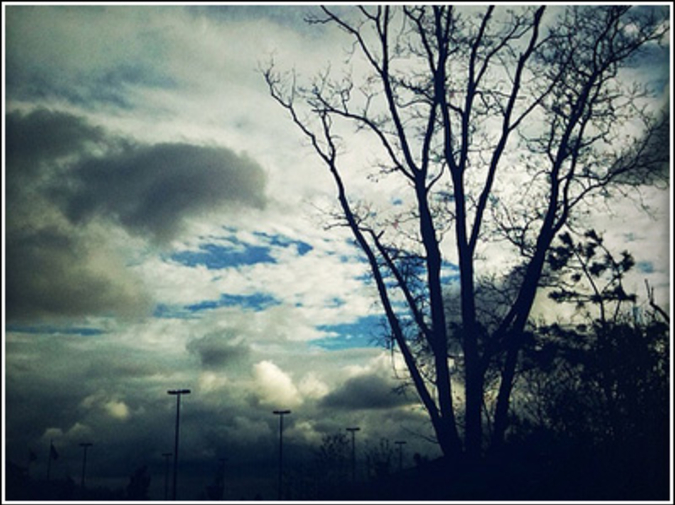 It was a long time before slavery went away. The town kept their own slaves well into the Carnegie Administration, trading them and gifting the young to newlyweds. When it was outlawed, seven houses were left half-finished and crouching in the sun, and not one bird offered to pick apart the remains.

It is strange and shameful that there is a television station complete with a full staff, and yet there is no elementary school. The last school to service the young was the one-room that Beverly Caleb Gates the Second boarded up and set on fire. He was extradited to another state altogether and the dead were identified by tooth and bone tip, and it became public knowledge that the oldest Burle boy at only eight years old had needed dentures.

On Dalton Street there still stands that old bar. No one can remember the name, and yet its lights have been bulb-flashing for years. Happy hour ends at sundown. No one patronizes it anymore, what with the slaves now gone, but sometimes the prodigal tourist trundles through, asking the bartender if he takes checks and if the restroom is working properly.

Some of the women are pitiful and lonely, in ways neither you nor I will ever know. It has been fifty or sixty years since the right men have come along, or even had the decency to stand in another town on their toes and peer over.

When the film crew came, the director stayed in a command center to keep his hands clean. His people knocked on doors looking for room and sport. Expectant wives were misused on film and their husbands, and those substituting as husbands, petitioned en masse for the crew to go back to the city. A young house was knocked over and its owners were never compensated, despite promises to the ordinary. And they were lofty promises that included bundles of cash and permits. The horses, spooked, escaped. Every doorstep that had received cold milk in the morning went without, and little meddling housewives stood at their windows and called in complaints.

Difficulty lies in finding inexpensive groceries. In the only remaining store, the goods have outlived their description, and a tin of beans is now more than two dollars. The cauliflower is still white, and the broccoli is still green, but the milk is not trusty. It is also not safe to test the eggs because the eggs have managed to expand themselves.

Graves were removed and reset in plots elsewhere. Signs in their stead pointed two towns over where an old ironyard now housed the departed. And that is not to say there are mausoleums, plural. No, there are only a few headstones, because the rest fell off the truck on the drive to the ironyard, or were stolen with the aid of a weight chain, and the granite and marble bits have been swept to the median. If it looks as if many of the new lifeless beds lie unnamed, it is for a good reason. The six families who even bother to keep up with the dead, and with the updates on the dead, have planted little flags so as to make sacred again this old place of union worship.

Very few photos of the bear remain. This is understandable: the town had and still has to this day a very complicated relationship with the bear.

Okay. The story of the bear is not different from a bear story you may have of your own. It arrived on Town Day and interrupted a parade where it took to mauling the timpanist of the marching band. That is forgivable; a timpanist is not essential. The bear tore off his head and many pictures were taken, but the majority of the photos must have burned during the election riots. One remains in the mayor's office, and another in the fire chief's, and the third one we bring out only for special occasions that do not involve the timpanist's descendents.

Most of the books, too, were burned in the riots. Many were soiled with ash and hose water. The amoral texts are all gone. Not one book of pornography or Saxon poem is still with us, so the middle class has to make up its own fantasies.

It is not impolite to ask what happened here. But you have to direct your questions to a county clerk, or any clerk who has stuck around. He or she will warn against rebuilding, in every sense of the word because the prevailing notion is that the town had long ago been the result of some pathological misunderstanding.

Something resembling time passed, and a call was born for a census. Two men came and tapped on our houses and the one office building, concerned more with the layout of the town than with anything truthful. They did a headcount and found every species living in pairs, except for the humans who were scattered at best. They spoke American English and their cars were all stalled and missing fan belts. The census takers returned to their city with a number so small they almost misplaced it along the way.

Don't go to that area behind the high school, where that squeamish female sits in her yard. She is not a girl or a teenager or a woman, because there is no word for females who have their periods but have not lost their first teeth.

That old bar needs to be torn down. It no longer exists for the right reasons. All day it prays for paying customers and a new township. The television station is now empty. There is little news to report on, and even less money to pay a staff. Lying around in the open like corruptible evidence are their wardrobes. A wayward youth has thrown a rock through the rainbow-painted window that overlooks the main intersection, and outflows the most fragrant perfume you have ever smelt.

There is much blue-collar work to be done, and no males are willing to deal for labor and gamble for grimy tasks. An aged law that was resurrected prevents women from working the power pylons, so there they stand underneath in congress, mocking.

Trent England has been nominated for a Pushcart Prize, and his fiction and poetry have appeared in various journals includingUnsaid, elimae, and Fiction Magazine. He lives in the Boston area where he is currently at work on completing his first novel.