No One Has Ever Been Raptured 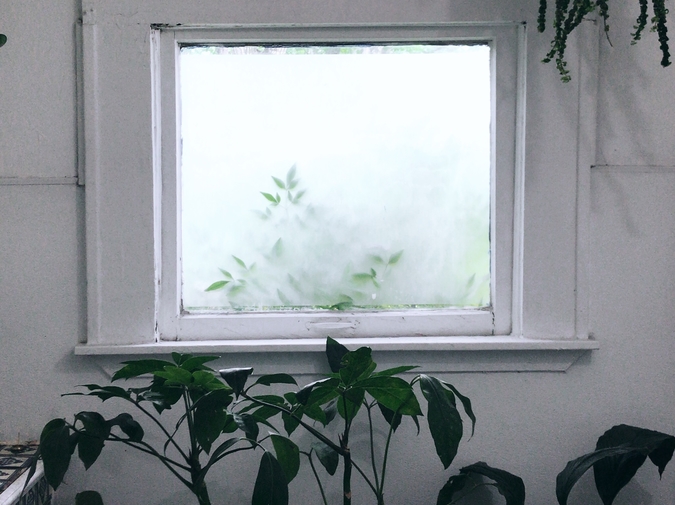 The bunk bed is made of light blonde wood. It’s unclimbable. Ladders are hard. Terrifying even. Once I get up there’s no getting me down without someone standing below, spotting me in case I fall. I take the bottom bunk. From down below I talk to my brother. We talk around in circles. Not saying much of anything. We devolve into his concern that the people in our family will be left behind. That he will be raptured and that they won’t. Everyone will suffer on Earth or burn in hell. And he’ll be alone in heaven. Will dad be there? Mom will. Our sister might be there. Our half sister probably won’t make it. An imagined loss that no one has taught us how to grieve. No one has taught us how to grieve anything. We lay on our sides, talking up, talking down, trying to talk directly. My brother says he is worried about my habits. My habit of cursing. My habit of turning the radio to stations we aren’t supposed to listen to. He is afraid of getting to heaven without me. I cry. I say I’m afraid of that too. I’m 11.

I’m on the bunk bed again. I have the room to myself. My brother is sleeping at a friend’s. I’m alone except for the voice of R on the phone. He called with a Pokemon question. He knows my brother has a guide book. I know R from Youth Group. We met in a room with a large ceiling, full of the sound of men playing acoustic guitars. A fifteen year old, a girl our age named Bethanne, sings to us about our savior dying a brutal death for our sins.

My mother is standing in the kitchen with her hand on the window lock. Her face is turned away from us. Her body is turned away from us. Her head is hung in anguish. She has opened the window. She is telling Satan to leave our house. She is upset with us. We have been disobedient in so many ways. Disrespectful in other similar ways. We never understand the rage and sadness she carries. She doesn’t either. It was Satan. And He was no longer welcome in our home.

She goes to her room. She cries loudly. She is racked with guilt for shouting at us. I wonder if she really believes in this moment that it is Satan. If she maybe wants to scare us in some way. She can’t control us, or herself. An unmoored woman on the edge of the Atlantic. She is always begging us to work as a team. To remember that she is on our team, and that we are on hers.

When my mother talks about church she only ever speaks of loneliness. Spiritual and financial poverty. She needed an answer. Her children had a father and a roof. What did she have? There was no community for her in Rhode Island. She was a midwestern woman who had lived all over the country and now she was trapped in the smallest state. She needed something more. She wanted to raise us to believe in something. She tried to nurture a feeling of safety in us that she hadn’t had. She wanted us to have a loving God.

I’m in a room and I’m fully clothed. The door is closed. I stand there having a normal conversation. I feel smaller. I feel condescended to, which is to say, I feel like I don’t know what I’m talking about. I know I’m wrong. I’m naked. I’m covering my dick with my hands. My ass is out. I’m frantically trying to get ready. A lover stands in the room with me. Talking to me. Telling me to hurry up. Their voice is calm. My heart is racing. I can hear feet hitting the floorboards outside the room. I can hear voices reverberating. The sounds grow closer and closer. I hear the door knob turning. I hear the voices clearly now, of all those who are about to open the door, who are about to laugh at me.

When you’re raptured, your clothes are left behind. Much like your loved ones who haven’t accepted Jesus as their lord and savior, they belong to your earthly life now. You are naked and there’s no shame in being naked in heaven. You are freed from all of the sin and pain of your earthly life. You will not think of your old clothes, or your old loved ones. You will not think of the boys who jerked off over the phone with you. You will not think of the boys you wished would spit all over your face. The boys who never spoke to you. The ones so much holier than you. You were raptured and they weren’t. You’re saved. Your face so beautiful and spit free. This is your new heavenly life.

Raquel and I are walking a little behind everyone. Talking so fast we’d run over everyone else if they slowed their steps. She says the phrase rapture trauma to me. I freeze. I ask her to explain. She says she remembers waiting for her parents to pick her up. That if they were late she assumed they had been raptured. That she was Left Behind. That everyone she loved was good, and she wasn’t. She was destined to live out the end times without a family. With a God who had decided she wasn’t good enough for the first round. That she would have to be alone in prayer. Hoping she would make the next round. That this time when she accepted Jesus as her lord and savior, she would really mean it. Her parents always ended up picking her up. No one has ever been raptured. No one is gone yet.

I watch Nowhere(1977) with C on Halloween night. It’s about drugs and sex and hedonism. It’s about queerness in the face of the end of the world. It’s about feeling alone and insane. It’s about when everything that’s meant to distract you stops working. It’s about thinking maybe love can save you. The last words aren’t it’s you and me kid. The last words are I’m out of here. Spoken by the alien insectoid that rips its way out of the body of Montgomery. Montgomery is the object of Dark’s obsession. He believes Montgomery is good. He believes if they hold each other it might all be okay. We the viewer believe that they will end up together. The film ends with them in bed. Dark is finally no longer alone, finally naked with Montgomery. Until Montgomery’s body is flung away. The end of the world, not the end of loneliness.

I start going to youth group because I am lonely. I want a friend group like the ones I see on the TV shows I’m not allowed to watch. I go to the youth group S goes to. She’s my only friend. Our moms had been pregnant with us at the same time. We’ve known each other since the womb. I beg for rides to youth group. My parents have been divorced since I was three. My father is a dyed in the wool Catholic. It’s a Christian parents dream. A bunch of kids coming together to worship God. They both work so much that finding a ride was always difficult.

We sit in the room with all of the exposed wood. With the high ceilings. We play games. We listen to praise and worship. There is always drama. Always someone crying. All of us. Some of us. Me. S. We all cry in this room. I want everyone to like me so badly. I tell anyone everyone’s secrets. I do anything to stay as late as possible, to go home as late as I can. Just let me stay here, in the sanctuary with everyone. Let me sit in the corner of the gym with the girls. Let them all talk over me.

S cuts my hair in the hallways of the church building. Trying to fix it. Pictures are taken and posted to Facebook. My hair some cross between a bowl and a mullet. Some hideous mess. I believe everyone when they say I look cool. I would do anything to feel close to someone. A haircut counts as intimacy. I will never be less alone than I am in this hallway. Hair shorn off. All golden and shining on the floor.

I remember sobbing during service. Going up to the altar with everyone. Asking for Jesus to come into my life and my heart. I would do it every week. Laying hands on my mother as she knelt down. Her body hunched over as she wept. My brother and sister in the wings. All of us begging. All of us asking to feel connected to something. Please let my family be all together. Please rapture us together.

We all left the church at different times. We all grew out of it. My queerness aside, I was never a good christian. I was too lazy. There was never instant relief. A weeping plea to Jesus, to his father. To any and all of them. I was unconcerned with God’s will for me. I never trusted in His promises. The ones I was told about over and over. I wanted to know the future. I didn’t want to trust. I wanted to know if I would end up somewhere? If I would be alone forever?

Jo Barchi is a writer/editor/ice cream scooper living in Chicago. Their work has previously appeared in Triangle House Review, Joyland Magazine, Peach Mag, and elsewhere. They are currently working on a manuscript of epistolary essays. They can be found on twitter @theyarenotaboy.