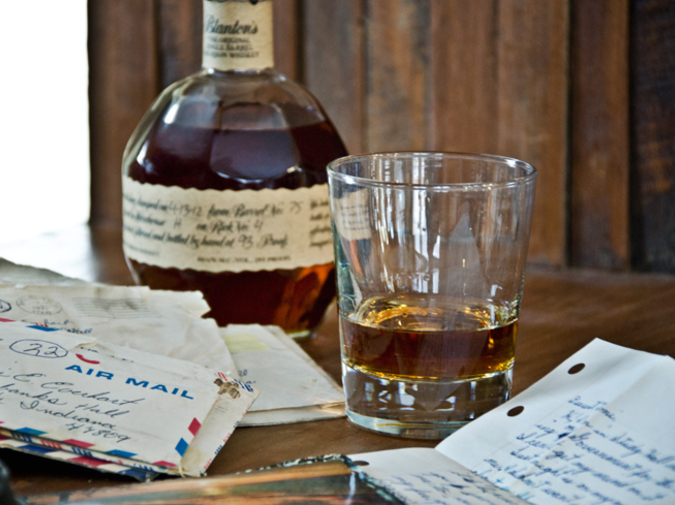 The clinical term for what happened was a myocardial rupture, which basically means her heart exploded under the stress of her living. I got the call while I was taking a Latin quiz, and I'll always remember silencing that call through the fabric of my pocket.

I was walking out of North Quad when I listened to the voicemail from her boyfriend, "Chris, I don't know how to say this. You need to call me. Your mom died this morning."

A couple weeks ago, I met my cousin Kristi for coffee. For months she's had a box of my mother's effects from my grandparents' basement. We sat and talked a good while about our lives in Indy, our lives since we'd last really talked, maybe 20 years ago. After coffee, we transferred the box from her car to my bike and said we'd make it a point to hang out more. We live in the same city now, after all.

At home, I dragged the contents of the box out on to my kitchen table, the crumbling envelopes still smelling distinctly of my grandparents' basement. There were pictures of my mother holding 4-H ribbons, pictures of her on prom court, of her moving into her first college dorm. There were letters from men before my father, names I never knew. In a diary, April 8, 1970, in all caps she scrawled, "THINK CHARLES IS FALLING IN LOVE WITH ME."

On January 3rd, 1972: "Xmas card from Kim, Dave, and Charles. Surprised at Dave sending me one." Dave is my father, no more than a new friend to her then.

So, what bourbon is best for going through your mother's old letters and diaries? I'm sure given time, I could muddle up some extended metaphor here about a bourbon that reminds me of my mom, but that'd be mostly bullshit. The short and honest answer is simply a comfortable one.

I should keep Blanton's on my shelf more often, something easy to reach for, to have on hand when I'm tired of surprises.

A few weeks ago I was cleaning out my desk, stowing away old files, straightening my pens and drawing tools. Forgotten in a bundle of bills and scraps of writing, I found a laminated copy of my mother's obituary--the date she died, February 21st, almost eight years to the day.

I've never been one to stand on ceremony; I haven't even visited her gravesite since we put her in it. I know people who visit graves every year on birthdays or anniversaries of deaths, and that's always something that Hollywood loves to play up. Early on, I told myself and other people that it's because she's not a grave to me. I made up these really great and lofty sounding reasons about how I wanted to remember her as she lived, not as a stone and a plot of grass. I'm really good at explaining the lesser parts of myself in great and lofty ways.

I had Blanton's first from a plastic cup at the wedding of Hobart's editors. It didn't leave a huge impression on me then, but a few months later when my friend Liz bought me a bottle for my birthday, I remembered the squat bottle and the horse on the cap. Since then, it's become a favorite. 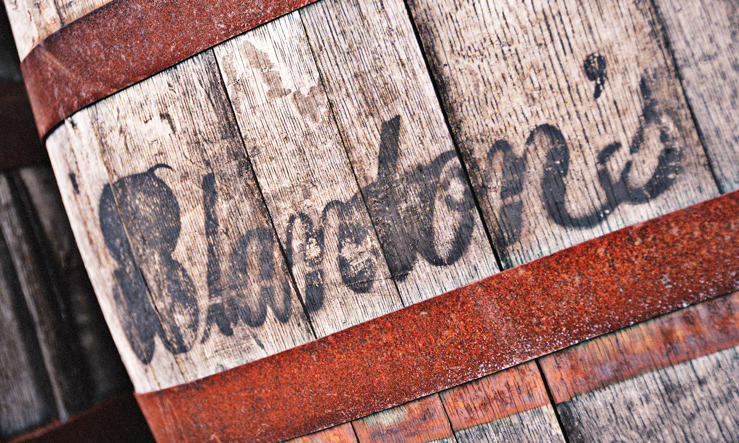 It's smooth and lacks surprise, but not in the bad way, not in a stale way. It smells like a summer carnival, caramel popcorn and wood chip paths. My wife said it smelled like a handful of maple nut goodies, and I think she is on to something there. The whole way through is actually a little oakier than I normally prefer, but it's so well balanced with the caramel and the sweetness that somehow it works.

If you let it hang out on the back of your tongue a little too long, it leaves a lingering burn. Be careful of that. I could cut it with a few drops of water, maybe an ice cube, sure, but tonight I'll take the burn. Make it mine. It's not always bad to burn.

In the weeks following her death, I experienced a dissociation with myself that I can only explain as a complete confusion of what I truly felt and what I thought people expected me to feel. I wondered constantly whether I was sad enough, whether I actually cared or just wanted people to think I cared. I felt little more than a theater.

I've noticed a similar feeling during every major event since: the birth of my nephew, my own wedding, the weddings of my good friends. I assume if I ever have a child, it'll be similar on the day he or she is born. Do I care because I care, or because I'm supposed to care?

If there is a psychologist who is reading this, and who happens to know a name for this, please email me and let me know. It would be nice, at least, to have a word for it.

I still write about her. Honestly, I probably write about her more than I or anyone cares to read about her. I've an entire chapbook of stories that are all basically fictional versions of me dealing with her passing, with living beyond that. And then there are essays like these, and essays that aren't even about her but somehow she shows up in them. I don't even think I've made it through a single one of these bourbon columns without mentioning her at least once.

Some people visit gravestones. Some people are completely incapacitated by grief on birthdays. Some cultures still believe in gnashing and wailing. I write. Writing is my gravemarker.

But in a certain sad way, I'm tired of writing about her. It feels almost too easy. When you're writing about a dead parent, you don't even have to write that well. The gravitas is automatic. It feels like I'm manipulating you.

This is what it feels like: you know that thing in your life that in all honesty, you're completely comfortable talking about, but it seems so intimate a thing about your life that to tell it to someone adds an immediate level of vulnerability and depth to the relationship. For some people it's past drug abuse, or child abuse maybe, maybe a parent dying too young.

But really, it's not vulnerable at all. You've told that story over and over again to other people, to friends, to lovers past and current. But you use it in that moment to seem vulnerable, because maybe they just shared something vulnerable with you and you feel the need to reciprocate, or maybe you want to draw something vulnerable from them, so you tell the story in hopes they feel the need to reciprocate. Whatever the reason, it's still just a wall--a well disguised wall, but a wall--a way to seem vulnerable while remaining fully within bounds of what you're comfortable talking about.

Often, when I write about my mother, I feel exactly that way.

Here is something I don't want to talk about:

Shortly after my mother died, I worried that I was a sociopath. I worried that something had broken inside me, that I no longer felt the way others felt. I worried that I was using my mother's death--to garner sympathy from professors, to skip classes and turn in late assignments, to break up with my girlfriend at the time, and to get a new girl interested in me, to drop shifts at work. I used people's expectations of my grief to my advantage. I'm almost sure of it.

In the past eight years can remember only one time that I felt completely honest about the her death. I was in line at the grocery store. I don't remember why she said it, but the clerk, she said, "You're so polite. Your mother would be proud."

A thickness grew in my throat, a burning, and I choked, "I hope so."

I paid. I snatched at the loops of my bags and ran from the store. In the car, I sat a long while watching people move through the parking lot. I trembled a cigarette to my lips. The air was bright and warm and newly green.