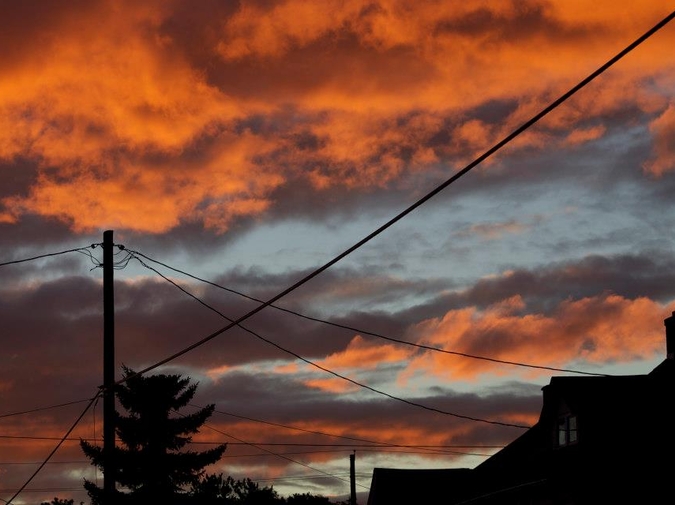 “Go back to sleep,” I hissed at Perry. It was 2:00 in the morning and we were in our newly purchased condo in Mammoth, sleeping in twin beds in the only room that was habitable. The other two bedrooms downstairs were still in the process of being painted and were bare of furniture. Disoriented, he kept waking, sitting up and walking to my bed, trying to climb in. Eight years earlier, at age forty-seven, he suffered a massive heart attack and didn’t get enough oxygen to his brain. Now suffering from an anoxic brain injury, he didn’t have much short-term memory and needed help with most of his daily needs. He wasn’t used to us sleeping in separate beds, and he was in a foreign environment. But at 2:00 in the morning, I didn’t care. My body ached from cleaning and unpacking the condo, and I had been immersed in deep sleep. I threw off my covers and stood up, then guided him back to his own bed.

“This is your bed,” I said, pushing him down and tucking his legs under the blankets. “Go to sleep.” I climbed back to my own bed. I heard the squeaking of his mattress, the rustling of sheets as he moved about, turning onto his left side, then his right side. I had already taken him to the bathroom so I knew he wasn’t wet. Maybe he was uncomfortable from the polyester in the cheap blankets, which were making me sweat. I had bought the comforter and quilt covers on sale and didn’t notice that they weren’t 100% cotton. I waited for the moving to stop, closed my eyes, and tried to remember my interrupted dream.

Ten minutes later, as I felt my body being lulled into sleep, I heard the polyester quilt fall to the floor. I opened my eyes and could see, in the semi-darkness, that he was sitting up again. He saw me turn my head and stood, reaching toward me. I threw back my blankets again and pushed him onto his bed, this time not as gently as the first.

“No,” I said through clenched teeth. “This is your bed. You have to sleep in this bed. Now lie down and go to sleep.” I held him down and considered pinning him down, but how? I tossed the blankets back on top of him, not caring if they were straight and tucked in.

I moved back to my bed and pulled the covers over me, then stared at the wooden beams in the ceiling, visible from the moonlight through the window shades. Since his brain injury he had these bouts of restlessness every three or four months. He would wake in the middle of the night, and even after I took him to the bathroom to change a wet diaper or the bed pad or the sheets, he would still be awake, tossing and turning, sitting up, searching for something that he could not verbalize and I could not discern. It was during those dark hours in the middle of the night, when I was half-conscious, half in a dream-like state, that I felt the edges of insanity.

“What is wrong with you?” I would yell, knowing that he couldn’t rationally explain what he needed. “Why won’t you sleep, why won’t you let me sleep?”

I knew, from all the brochures and caregiver guides given to me by the rehabilitation specialists, that I shouldn’t raise my voice and get angry, that I should speak in calming tones and redirect him to bed and not use force. But at 2:00 or 4:00 in the morning, rationality vanished and I longed for restraints to tie him down. I yelled, I pleaded, “Go back to sleep! If you don’t go back to sleep, I will put you in a nursing home!” I would be thinking about the alarm going off at 6:15, the 45-minute commute downtown, and the full day of meetings that awaited me at work. At the mention of a nursing home, he always looked at me in confusion with a hardness in his expression that, in pre-brain injury days, meant he was ready to argue back. But in his brain-injured state, he didn’t say anything in response. I could only detect the sense of hurt and betrayal in his face.

The neurologist prescribed a sedative, Clonazepam, for these sleepless nights but I used it sparingly. We had worked so hard to get him to wake from his coma and to get his brain stimulated that I hated to sedate him. But on those restless nights, I gave in and doled out half the dosage, afraid that he would fall into a catatonic stupor again. If the agitation persisted, I would escape to the twin bed in the boys’ room, empty since they had left for college. I would stare at the ceiling and wonder, Why me? Why us? What have we done in this life to deserve this? I thought about one of my girlfriends, a woman whom I had known since our oldest son, Zack, started preschool fifteen years ago.

“I always thought something like this would happen to my husband because he has such an unhealthy lifestyle,” she had said to me after hearing about Perry’s heart attack. “He never exercises and he’s overweight. I wonder how my kids would react if this happened to my husband,” she said. “They don’t have the close relationship that Zack and Paul do with Perry. I don’t know if they would be as kind as Zack and Paul.”

So why did this happen to my husband instead of hers? In those moments I hated his brain injury, hated my fate. How much longer would I have to do this? What will happen when we grow old and I can’t tend to him anymore? Could I put him in a nursing home and have someone else deal with him?

I imagined what my life would be like with him in a nursing home and of the freedom I would have from caregiving. I could travel, I could attend conferences without having to make accommodations for early flights and caregivers. I could go to shopping malls and browse bookstores without worrying about him losing his balance or having to walk too far or squeezing my hand so tightly that it hurt. I could pop into a store for a quick errand, jog on the beach, or ride my bike.

But what would it be like in our house without him? I had never lived alone. I had gone from my childhood home straight to college to live with roommates and then lived with Perry since then. As a child I suffered from insomnia when my oldest sister got married when I was twelve and I had my own room for the first time. Even now, as an adult, I didn’t fall asleep easily when I was alone. I found comfort in Perry’s presence on those nights when he wasn’t restless, and I slept peacefully listening to his deep breaths and soft snores. I wondered how I would fare sleeping alone in our house or in this vacation condo. Would I lie awake, alarmed by the creaks and groans of the house, scared by the patter of raccoons as they moved across the roof? Would I be plagued by the insomnia of my youth all over again?

But then, on the nights when he didn’t sleep, when he was overcome by restlessness, it was pure hell. I hated waking up in the middle of the night and trying to talk sense to him, knowing he was not comprehending and was beyond reasoning. Was this the price I had to pay for those nights of peaceful sleep? Was this better than not having him at all?

After the third time Perry stood up that night in Mammoth, I gave him half a sedative and waited for him to settle into sleep. But his restlessness continued. This time there was no other room to escape to. Our younger son, Paul, was sleeping in the living room, and the downstairs rooms had no furniture or heat. I stared at the wooden beams in the ceiling, feeling the knot in my back that no massage could ease. How many times have I had to endure these night terrors, when restlessness and agitation made me the crazy one?

Somehow I had imagined that life would be easier in our own vacation home. But buying a vacation home did not change any of this. We could own three homes, five homes, but this part of my life would never change. Perry will always be brain injured, he will have these bouts of agitation, he will have restless nights whether we are home in Los Angeles or in our vacation condo in Mammoth. Maybe it was time to look into placing him in a nursing home.

I heard the movement of blankets again. He stood up. I sighed. I turned on the light and moved to his bed. His face was masked in confusion, and he looked at me with questioning eyes. I took a different tack. I gently guided him back into his bed, looked into his eyes, and whispered in a calm voice.

“These are single beds. There is no room for the two of us. You have to sleep here, and I will be right across the room from you in the other bed. When we go home we will have our bigger bed, and we can sleep together again. Do you understand?”

He nodded yes and his eyes softened in comprehension, then closed. I straightened out the covers, then turned out the light and crawled back into my bed. He slept through the rest of the night.

In the morning sunlight streamed through the shades, and the room was bathed in a soft yellow. Outside the cloudless sky was deep blue, and a light dusting of snow covered the ground. Everything looked clean and fresh, the darkness and desperation in the middle of the night forgotten. I looked at Perry, still in deep sleep on his back. In repose his face was relaxed, the soft inhale and exhale of his breathing visible in his chest. I walked to his bed and studied his pink cheeks and the stubble of his beard. In the light he looked so normal, so unmarred by brain injury. I regretted my thoughts about putting him in a nursing home. How could I conceive of abandoning him in that way? Would they care for him the way I do, would they carefully shave his chin and comb his tufts of hair to the right? Would they gaze in the mirror with him after his morning routine and tell him he looks handsome? I reached down and kissed his cheek. He opened his eyes and his face lit up at the sight of me, and there was his smile, the one that captivated me at age eighteen and appeared every time he saw me. He held my hand to his lips and gently kissed it.

Cynthia Lim lives in Los Angeles, California with her husband and is working on a memoir about her husband’s brain injury.  Her essays have appeared or are forthcoming in The Legendary<,  Hawai'i Pacific Review, Rougarou: an Online Literary Journal, Gemini Magazine, Forge, and Kaleidoscope:Exploring the Experience of Disability through Literature and the Fine Arts.  In addition to caregiving, she works for the Los Angeles Unified School District.