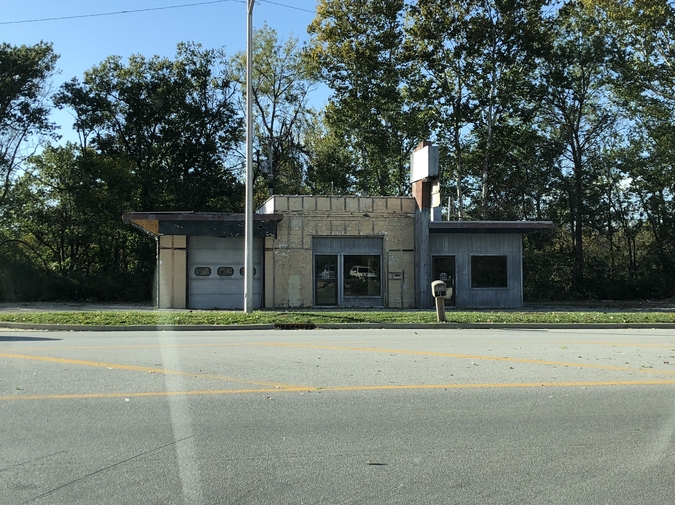 The answer is yes. Jeanette reads the note on her phone highlighted in green. It lights up the bar along with the pink and tangerine of a sun falling west. Jeanette has gotten many notes in bars before. Many men have spoken to her too.

In stumbles a middle-aged man. Jeanette guesses he’s still in a band or just likes dressing that way. They’re next to a small concert hall. Maybe he’s a roadie. She tries to think of a word other than grizzled to describe him. He has the bartender’s attention and that’s fine with her because she’s only a few sips into a tall beer that’s still topped with a fresh head. And she doesn’t want to be noticed by this new/old man and spoken to. Sometimes just a sitting in a bar makes men think girls are waiting for them to come. A girl is a frozen toy mouse marking time until a paw bats us across the floor.

Fuck that producer. I’ll piss on his feet. How about them apples? Hate is a big word. Hate is a big bird, the man said, balancing on skinny legs fitted with ashy black denim. Through shredded portals his knees poke.

He starts to talk to her too. Times have changed. I’ll get some of that, what do the French call it? The purple fairy? The Affisinia? Green, whatever, it’s just a color.The bartender pours him an absinthe. The rocker mumbles along with the song playing over the too-high-treble speakers.

Jeanette hides in her phone like a mouse in a pocket. She once opened up a note in a bar that she had found in her pocket the first cold day she had to wear it again. Jared, two boyfriends ago, is a poet who never gets into the programs he applies to. There is a version of me I know I am. I can’t find it. I can’t navigate around the detours. I’m not on the map, never charted nor measured and written about by explorers. I am claimed by no flag. He would say he had a syndrome. The Not Being Here Syndrome. Jeanette used to touch his shoulders feeling for bone, Yes, yes, you are here. See. She hoped that would cheer him up. Squeak squeak squeak went the mouse.

They got these rap shows next door. In my day they didn’t. The old rocker snorts, then neighs, which Jeanette thinks is more fitting for him and his long thin horse legs. He keeps mumbling and she thinks she hears the sounds form faggot, but she isn’t sure. He teethers on those legs and they bring him closer to Jeanette. So close, the shadow changes. The pink and tangerine have fallen to a place she can’t see.

Her eyes readjust, and she reads from her phone after a thirsty golden swig. The answer is yes. She scrolls up to the note above it. It is from her father. Jeanette had asked him, Is it all because of me?They have not seen each other for years that somehow accumulated until they became another measurement of time.

The rocker hovers near the stool next to Jeannette, as if his legs won’t bend but break if he sits on the stool. What is this? Granite? I know fucking granite. This is fucking fake plastic shit. I know fucking granite. Can I have some of those oysters? He points to the display behind the bar. It’s not about the sauce with oysters. Between the river and the oceans, the clams, you taste a difference. You don’t need salt. It’s naked. It’s different. You taste the river. It’s born of the river. Not too salty. Who likes this salty shit? I’m gonna drink the fucking lake water like it’s a pussy. To the bartender he asks,Is this Metallica? Turn it up a notch. Just a notch. One notch. Two notches.

Jeannette waits to hear a please. She knows it’s not Metallica. She says nothing to the old rocker, whose dyed black hair makes the dark circles under his eyes glow acid-green.

One time, she read a note in a bar from a deaf man, an introduction of sorts. If you kept it, you were supposed to pay for it. When she returned it—frustrated by his lack of success—his hands lurched at her neck. His nails were too long and caked with dirt or food or something he had used all his fingers to hold. Jeanette thought he might have been signing and that’s how you yelled; bringing your hands closer. How do you speak up when you don’t have a voice?

They got fucking soft. They used to be metal. Death metal. Here gimme your pen. He takes a napkin and writes a few letters down and he seems to her like a kindergartener practicing the alphabet.

It’s Dismember, Jeanette says. The bartender asks her if she needs another one. She says yes since by the time he gets a glass and fills it, she could down what was left. Yes, please.

The rocker tosses her the napkin with his scribbled letters. That’s the real stuff. You gotta go listen to that shit. You might like this shit, but you’ll like this better. I don't know how people listen to music any more but you gotta do it. You stream it? You go in the river? I bet you taste like a river.

She wants to answer her father, to answer his answer. That it is all because of her. She thinks It’s hard to think of yourself as the product of other people’s opinions and influences. Like we’re all just a screen to project onto or a surface to write a note on. She really would rather not be. Maybe Jeanette’s answer is just no answer at all.

She says to the rocker, FTD?

Melissa Ragsly's work has appeared or forthcoming in Best American Nonrequired Reading 2017, Iowa Review, Epiphany, Green Mountains Review, Hobart, Joyland, Cosmonauts Avenue and others. She is an Associate Editor for A Public Space and a Program Coordinator at the Authors Guild. More can be found at melissaragsly.com.