My Hand, Dead Tissue, Severed at the Wrist 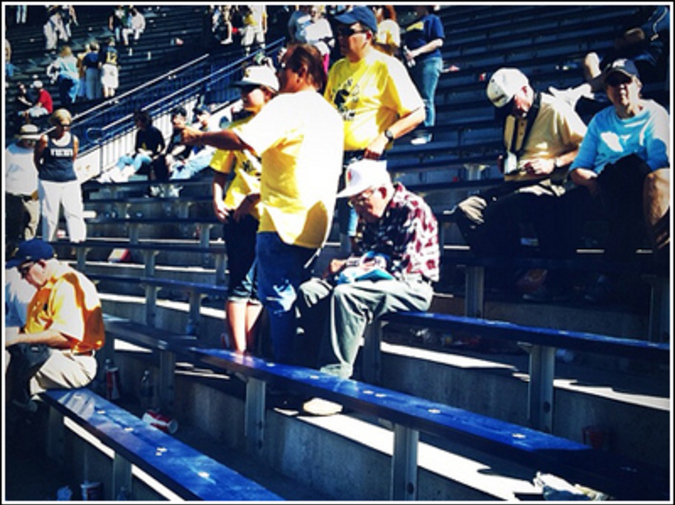 Carol Gipson had acne and was the slightest bit pudgy but she seemed like someone who would turn beautiful with time and I wanted to get in on the ground floor. To spend more time with her, I'd volunteered to be the scorekeeper for the girls' softball team, sitting in the sauna of a dugout with redneck girls who rolled the sleeves of their jerseys up to their shoulders and spit in each other's hands for good luck. I spent nine innings with a scorecard hiding my hard-on, helping Carol take her catcher's equipment on and off between innings, occasionally managing to wiggle a finger into her socks, nearly passing out with joy.

After we finally lost in the district finals to Hillwood, a bullshit call at home plate, I caught a ride with Carol, her voice hoarse from screaming obscenities, her knuckles bleeding from punching the cinderblock walls of the dugout. "I'm so fucking mad," she said, not stopping at stop signs, not yielding when asked to yield. "I'm mad too," I said, inching closer to her, wanting to drag my tongue up and down the length of her dirt-covered bicep, "I'm so fucking mad, too." Carol, the internals of her decision-making hidden from me, said, "Fuck it," and burned rubber towards Hillwood High School, the headlights flickering as her car put all its effort into driving us toward a bad idea.

The parking lot was empty save for a row of school buses, no one for us to kill, and so Carol took an aluminum bat from the back seat and started walking down the row of buses, busting out the headlights, the cleats she still wore click-clacking on the glass that fell around her. There was no other bat, so I just walked behind her, nodding at each act of vandalism as if to let her know that I approved. Then, somehow, Carol's bad idea rubbed up against my brain and spawned another bad idea. I crept over to the first bus in the row and pried open the gas cover. Then I shoved my handkerchief into the opening. I flicked my lighter and got the cloth to start burning. I ran, grabbed Carol's arm in mid-swing, and pulled her towards the car. Less than a minute later, the back end of the school bus exploded, parts skittering across the asphalt. As we got on the highway back home, Carol took my hand, put it between her legs, and squeezed her thighs together. I had no idea what to do, so I just let my hand, dead tissue, severed at the wrist, stay there, rubbing against Carol's polyester softball shorts whenever she pressed her foot against the brake or accelerator.

Outside my house, my parents' asleep, Carol finally turned off the car and said, "Goddamn, that was good."

I got hard and then I got scared. "Wait," I said. "Have you done this before?"

She looked not so bored. "Okay."

"I just wanted to tell you so you didn't freak out."

The next day at school, another girl on the softball team, a mean-ass redneck who had branded herself with some typewriters keys so that it spelled FUCK behind her left ear, came up to me during lunch and said, "I heard you got really weird balls."

"Carol told Tonya and made her promise not to tell anybody, but Tonya told everybody."

The principal called me into his office. "There is a terrible rumor going around the school." I did not say a word. "It's about you," he continued, "Have you heard what it is?" I nodded. He pushed away from his desk and knelt beside me. "This rumor," he said, "was it started by a member of the opposite sex?" I nodded. He nodded. "Did she come by this information under strict confidence?" he asked. I nodded. He nodded. "Let me give you some advice," he said. "Do not trust women," he said. "They are the worst thing in the world. I know, in this day and age, we aren't supposed to say things like this, but women are retarded. They have something built into their genes that make them worse than the male sex, and in order to gain any kind of power, they do awful things to us." He seemed like he was done, so I nodded and he sent me back to class, where everyone smiled when I walked in the door.

After school, I ran into the parking lot, chasing Carol to her car and I said, "Why did you do that?' She looked like she was going to cry. "I just told one person. Don't you have, like, a best friend that you tell everything to?" I shook my head. I did not have someone that I told everyone to. "Jesus fucking Christ, I'm sorry," she said. People were starting to watch us. "You're fat," I said. She didn't respond, but I saw her hands instinctively curl into fists. "And you have horrible acne. And you're retarded. And you did not tag that girl yesterday. She slid right under your glove. You flinched because you thought she was going to run over you and you weren't ready when she slid into home. Because you are retarded."

She came at me and I let my arm go and connected right against the side of her head, one punch and done, knocking her dead into a coma. I had broken my hand, I knew, but as soon as two or three of the girls from the softball team came charging at me, I swung anyways, felt a pain travel into the roots of my teeth when made contact. I bloodied a nose and kicked one girl so hard in the gut that she made a sound like two babies had fallen out of her. Then, as I expected, more and more girls from the softball team swarmed all over me, knocking out a tooth, ripping a hank of hair from my head, punching and punching me in my ineffectual balls. I was buried under a mound of angry, crimped-hair, filthy-mouthed psychopaths and they knocked me out and then punched me back awake so many times that I felt like I was dreaming, that I was swimming in a sea of women, traveling from one body of land to another, hoping that I would not drown before I'd made it to the other side.

Kevin Wilson is the author of the story collection Tunneling to the Center of the Earth (Ecco/Harper Perennial, 2009). His fiction has appeared in Tin House, Ploughshares, One Story, and elsewhere.