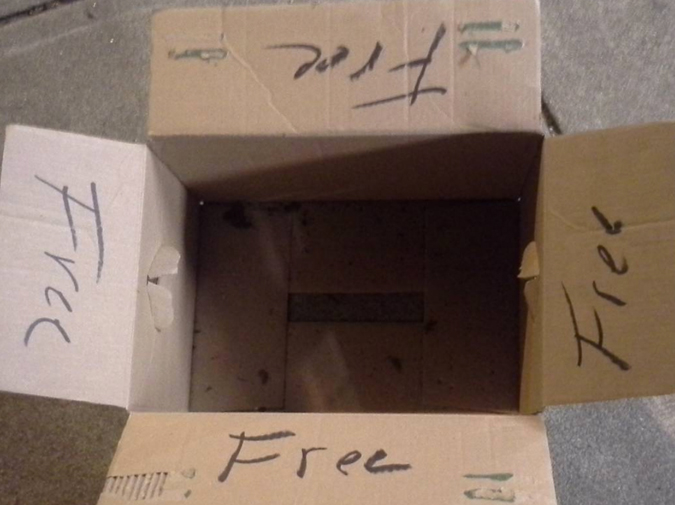 I was never a sneakerhead, never the type to fill the space under my bed with boxes of deadstock Nikes, never the kind to lick the bottoms to prove they were new. I was never, like my man Terceira who I washed dishes with in high school, the kind to use the quat sanitizer to take a smudge of dirt off my Air Forces. I was never, like Big Red, the type to wrap garbage bags around my Jordans to keep them clean while we changed garbage cans. I never even liked sneakers, not really.

I just wanted to be left alone.

Right through middle school I had K-Mart sneakers, almost-brands with names like Chicago Gear or Air Athena. I don’t remember any one pair: they were all blue or gray with bright 90s highlights, thick rubber soles that screamed fourteen ninety-nine. Combined with the two pairs of jeans and six or seven shirts I kept in constant rotation, they made seventh and eighth grade tricky. I got it in my head that it was my outfits, not my chubbiness or acne or poor social skills, that made me a target.

I brought my concerns to my mom, who received them with a mixture of shock and pain. Didn’t she provide three square meals? Didn’t she provide a roof? Didn’t I have everything I needed? Didn’t she go without? Didn’t she wear K-Mart sneakers too, Wal-Mart jeans, a denim jacket she had bought when Mariah Carey’s first album came out?

There was no arguing with that.

If I wanted self-defense sneakers, I’d have to buy them myself.

I had to. Sneakers, in my mind, were standing between me and getting to hold hands with a girl, maybe even get a kiss. They were standing between me and a school day free of insults. I needed those sneakers. So I saved all of the ten-dollar birthday presents, every quarter left over from school lunch, until I had forty bucks, which seemed like it would be enough. There was no doubt about what I was going to buy, either: Nikes. You don’t have to be a sneakerhead to know that Nike has always had the stable: Jordan, Dunks, Air Maxes, Air Forces. There was no way you could have a pair of Nikes and get clowned.

So we went to the discount shoe store - you didn’t think Foot Locker was making an appearance, did you? - and looked around. There was a whole wall of Nikes, but even with the discount, there wasn’t anything I could afford. That’s not entirely true: there was a single pair, tennis shoes without any kind of name, white from top to bottom, laces to the soles. That’s right: white soles. They were Air Forces without the straps. There was no way I could buy them.

I sat on one of those little benches with the mirrors, hung my head down, looked at my own upside-down face. I could feel the tears gathering deep down in my chest. I felt worthless. This was just as bad as getting lit up about those Air Athenas.

My mom, who never wasted a shopping trip, pointed to the back of the store. I went over, dragging my feet, to look.

These are brand name, she announced, spitting the last two words out with all the distaste of someone who lives in a world of consumption and can’t consume. Look - he looks cool.

There was a poster with a red-wood-panel background so strong it leaked through the man standing there, holding up his sneakers, his eyes looking like he had wandered down the wrong alley. At the bottom there were big block letters: Who You With?

I sighed. They were $39.99. I could afford them, but I knew they were ugly as hell, with big blue side panels and a white sole that wrapped up over the sides to form a half-assed wave. There was even a chunky Converse medallion stuck into the side. My mom handed me one from the box in a size eleven. I held them up: they looked like mis-poured soft-serve ice cream.

What choice did I have? I bought them. Checking out, I felt none of the joy I expected. Instead, I felt disappointed in a way I never had before, like I hadn’t just missed out on something I wanted but glimpsed a whole future of missing out. I saw something dark in that store.

I got hit even harder for wearing Master P sneakers than I had for wearing K-Mart sneakers. It turns out even middle schoolers have some class solidarity: if you’re too poor to get the good sneakers, there’s a limit to how far people will push you. Buy into the hype, though, and you’re fair game. There was no limit to my pain that winter. I heard every joke imaginable. Even when they moved on to other people - the guy who wore a fake velour track suit that rubbed off on a desk in algebra, the guy whose “gold” chain left a big green crucifix on his chest, practically a stigmata, that we could all see when we changed up for gym - they always came back to the Master Ps. You know there was no money for a different pair, either: I had the Master Ps or I had the old construction boots. I had to wait until they wore out.

The worst part of it was that the things were genuinely well-made. I couldn’t get them to come apart the way the K-Mart sneakers always did. I dragged my feet. I stood in snowbanks. I asked people to step on the toes. I had to live with my choice until early spring, when my mom took pity on me and bought me my first pair of real sneakers: those all-white Nike tennis shoes.

Christian Aguiar is a writer, scholar and educator who currently lives in Washington, DC. His short stories, poems and essays have appeared in publications including Connections, Alimentum, Anamesa, Poetry Virginia and, several times, in the Akashic Books flash fiction series Mondays are Murder. He is now the proud owner of a dozen sneakers and shoes, but not a single pair of Converses.