My First CD: This Is How We Do It by Montell Jordan 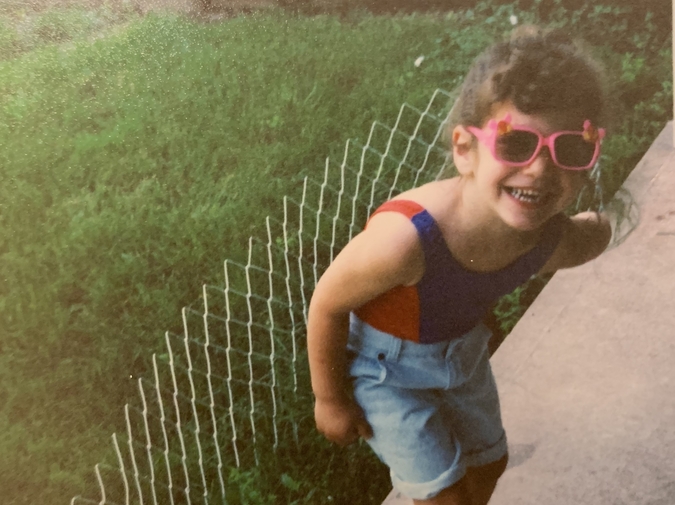 I wandered around Sam Goody, more likely keeping track of my ABCs than taking inventory of the musical selections I passed row after row. It was December 1996, the beginning of another bleak winter in suburban Connecticut. Only days before I had joined the ranks of my older siblings and received my very own compact disc player for Hanukkah.

My dad finally caved from my incessant begging and brought me to buy a CD or two—the final piece to complete my own little escape machine. He waited across the lower level of the mall, eating a lemon Italian ice. I struggled to reach the headphones above me and punch in the appropriate numbers to the box that would let me sample that week’s best sellers.

I knew what I heard on the radio. I knew the videos that played on MTV thanks to any lack of parental oversight on our household TVs. Plural. Scattered throughout our raised ranch, acting as inanimate babysitters while my father retreated to the biggest screen of all in our family den.

Having a musical repertoire that spanned no more than the top 40, I gleefully settled on something I immediately recognized—Montell Jordan’s ‘This Is How We Do It.’ What could be more emblematic of my new musical journey than a completely ubiquitous, but inappropriate for my six-year-old ears, pop chart resident?

“Dad. DAD!” I yelled from the store’s entrance, jumping and waving to get him to look in my direction. It would be years until I recognized the dark paradigm this interaction represented.

He slid a twenty-dollar bill across the counter and I refused a bag from the apathetic teenager who rang us up. I stared down at the cellophane wrapped square in my hands and smiled in self-satisfaction. At how mature, how independent my choice had been.

Upon returning home, I sat on my floor for hours at a time, closed off from the rest of the world—foam Sony headphones acting as the barrier between me and the rest of my family. Undoubtedly, I listened to the album’s eponymous song on repeat, unfamiliar with any other song by Mr. Jordan. The song was my gateway drug into a universe where I could choose the noise around me.

The subsequent years through elementary and middle school were filled with weekly trips to our local Strawberries, Circuit City, and Sam Goody (until it closed, leaving its mall location a graveyard of purchases past). Every couple of weeks brought another down payment, built from my humble allowance, to preorder the latest release from my current obsession. I built an impressive collection, all housed in a tall, skinny black plastic CD storage unit in my bedroom. Montell Jordan lived at the bottom, remaining the foundation of the universe I created for myself.

Those same years were also filled with shuttled car rides between my parents’ houses, time spent tinkering around hockey rinks while my dad spent endless hours engaged with my brothers’ athletic lives, and a growing sense that what I heard through my headphones made me feel less alone, more human.

CDs gave way to MP3s. My bunk bed gave way to a single twin as my sister moved next door and both my brothers to the larger rooms downstairs. The shag carpets gave way to revived hard wood floors. The CDs moved to the sunroom joining a collection of things being pushed aside. Signs of progress. Signs of growing up, of remaking yourself.

The real escape came as ninth grade approached—boarding school. A life all to myself, away from the pulsating reminder that I was second best to my brothers, an afterthought, a nuisance for existing. My playlists grew. So did my confidence. I kept a collection of mixed CDs in a holder on the passenger side visor in my dad’s SUV for the rare weekends I came home. I’d pop one in as soon as I got in the car, never asking for permission and always needing noise to cut through the tension.

Years later, right after my freshman year winter break of undergrad, my dad informed me he’d be moving out of our house and in with his detested fiancé, one town over. I was home just days before. I was never able to pack up my room, to sort through my childhood belongings. There are still boxes of my past life somewhere in a storage unit in Connecticut.

Now I use Spotify to drown myself in new noises, some handpicked, others presented to me by a genius algorithm. Music has become a permanent fixture in my New York life—on the subway, walking down the street, sitting in the park.

I could take the short train ride north and rummage through whatever my dad packed away for me. Go through the beginning of myself. Or at least the objects of mine that my dad deemed worthwhile to keep. I wonder if the Montell Jordan CD has survived all these years. If it would be at all playable. I guess the answer is largely irrelevant now. The foundation it built is alive and well.

Cydney Russell is a lawyer by day, living in Brooklyn, New York. She hopes to lean more into literature and out of litigation. This is her first publication.