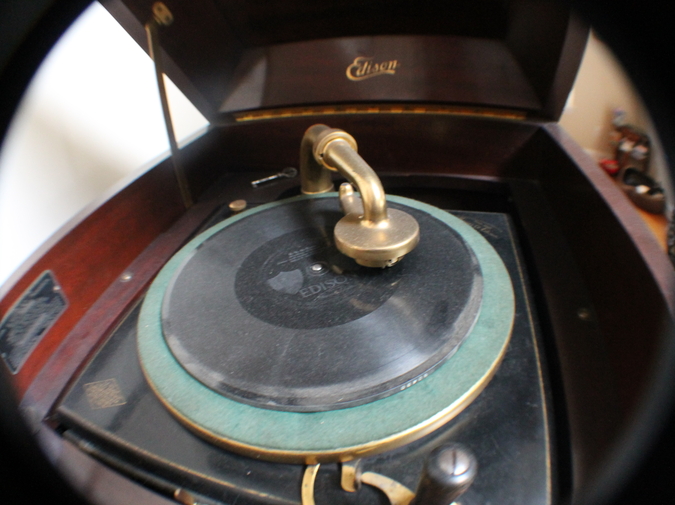 To London With Love

I am always looking outside myself for traces of the person I was before I put an album on and coming up empty.   Is he gone or still in the living room?  Is that him or just a cello.  I have been observing myself like this for some time now, noticing how I get further away from the self I know and yet closer and closer to my truer self.  Say for instance I move my hand.    But alas, today it is Christian Dean’s hand conducting Wilhelm Blech with a pack of Chesterfields.  I am the one with the Chesterfields.  I am also the one not wearing shoes.  This is a bit confusing I know, but I have come to accept it like I accept the arctic or the water filling the basement.  Music moves me closer to me…not separate really but just further inside, for example look at the way I smoke a cigarette.  Uninterrupted reciprocity.  Look. Violin, horn, finger, smoke, ash, hand, smoke.  Look.  I hold it like it is part of me.  The smoke shows the shape of the room moving in one long line and, in this way, smoke describes space.  I read something once: and from the shadows comes the dream of living that has gone on ahead of us, winged.   That’s it; all the other me can do is show the room contains a man in a shirt.  But music diffuses it into richly articulated volumes.  Here harpsichord!  Here trumpet!  And here he is on the couch, the colors washing him away in a tired muted rain.  Dear violin!  I, too, am here: a finger fingering the air: a white shirt opened at the collar.  And Wilhelm Blech is here with his name, so empty, so full that music is simply its footnote.  One must struggle to free his music from his name.  This new recording out on DNS, unfortunately, is not up to the task.  To hear the dead squarely you must listen sideways, your head tilted like the head of a freshly hanged man.   Without the sharpest of ears all you hear is the ruinous tune that begins in you and ends in me.  What we search for is in-between.   With Blech, one should hear controlled rivulets of joyful sound integrals subtly attacking the line that straddles sweeping down and stretching out.  On this album one hears Musica Immunda grope for joy from the very first note.  They rush to elevate, rush to accelerate and rush to eviscerate each exquisite measure as if to say:  we are BACK!  this is BLECH!  In the end, the only feeling I feel I feel as I fade, inexorably, merely, into the spelling of a name.

Artist: Stockholm  I
Album: When A Bow Is A Cloud Nothing Is Real
Label: (mum)

Stockholm moves an entire genre toward departure, impressionism melds with versions of 12-tone zanthropic trance music that bleats, swarms, swells against medieval castle walls.  On When A Bow Is A Cloud Nothing Is Real, the listener is introduced to a new vocabulary for ancient instruments; the touch of a graying old master electro-deconstructing his finest compositions, a runic intrigue of sparse elocutions penetrating rich thrumbic dancehalls.  The “self” chimes in in the continuum between international mass cliché and a sort of ghost-plagued resonance similar to the late pieces of Ligeti or Arvo Part where monolithic cosmopolitan structures languidly embrace their own crumbling pan-maturation.  The looped microtones of zither and viola are worth the price of admission alone.  Stockholm use a variety of instruments here: rebec, viola da gamba, violin, Byzantine lira, zither, morin khuur, vibraphone, and gamelan, that seem to pull against each other in separate points of decampment.  The tension is supreme.  The morin khuur (a stringed instrument central to the Mongol people) creates tambrically moving essences of grass swept plateau sound and supravivid  sustained horse slaughter.  The rich resonant tonal quality is passed through processed loops, giving the first piece, “Return,” a fortified grainy brutality not unlike a man walking into the endless gray Icelandic winterglow until cello-lines weave a warmth of folk dances from the fallen spheres, leaving gray to yellow and yellow to dissolve sonically on the tongue.  Enchanting.  Throughout the album, cello reticulates the articulation of minimalist doctrine: the navigation of hyperauricular spaces: the tug between meditative stasis and vivid pulsation.  It is the constant countermanding force to otherwise positively Prustian aural estuaries.  The song “Myriads” builds out from syncopated loops of the lock groove found at the end vinyl records.  From the lock groove anchoring bass line, rebec and gamelan slowly build expressionist bird nests of cinematic pseudo-clichesound into suspended reguritaries of postmodern ebullitory dozing.  On When A Bow Is A Cloud Nothing Is Real, Stockholm delves deeper into the chimeric dustdevils of genuine Buddhic consciousness.  Rhythmic patter tightly blown between mutative compressed hammers fulfill the solitary disciple’s deepest cratering:  innerspace achieves the emptiness of outerspace…And in the residuum: a highsea of spangle, electrons fiercely glimmering in the waning light, a magnificent German sculpture fabricated with icefields, basalt and arrogance.

Shocking Clock: Just A Flicker Above

Ari Pajaro's Fantasia for Loon, Horn and Piano has been given new life by the Canadian avant-quintet Shocking Clock and I am justly aflutter.  The first movement leads off with a bold Loon yodel, an exceedingly long arch of parabolic sound riposte and parry.  Followed by a rippingly thrilling allegro, tempered subsequently by the more tender Loon wail, or night call, in a mutative nod to the first theme coquettishly located at the end of the second movement, typical of Pajaro, with surprises in the form of melody, harmony and Loon dynamics.  The main theme, a dialogue between Loon and horn is played out in some deep glade Canadian watershed frogless echo chamber, or underground Justinian cistern deep listening sonic overpass, it's all tranquil tender inverted movements of long tone and modulated sound timbres.  Muted sparkle.  Then, in a coup de theater, the third movement and second thematic undertone contains sudden bold gestures of male bravura commanding the rapt attention of the listener.  Repeated Loon blasts, both male and female, signal perhaps an intruder has entered the aural encampment.  A gull?  A raccoon?  A power boat?  And this is where it really gets gripping, a third assertive theme is introduced, a polyphonal interchange between Common Loon and treated piano. Such opaque fleshy resonance like ice flows, or whippoorwills in woodsmoke, lungs, pumpkins, vines, the apple cider windowsill wasps crawl over to. The twinning of loonsound and piano recalls the challenging archestral colours and abrupt hullabaloo of a Sun-Ra or an Alfred Schnikke both of whom listed Loons as the ur-sound in their sonic environs.  Like, of course, an immolation of wooden mallets on a mundane obsidian mountain, the final movement collapses from sotto tremolo into sundered oversound.  The Tremolo:  loon-deep withered throatharp, warbling Canadian lakefog, simple sound-successions tethered to discolored folds of musty leaf-filled tapestry.  Oh my!  And for the finale, an expressionistic dialogue between piano & horn & Loon, at once brisk and heroic, tender and reflective until, like an impromptu ochre mainsail, it alters, spins darkly into corners and provides a broad and virile final refrain to the trembling piece; a simple descending minor scale glows in the growing quiet until all is peace and surceassion and the lonesound of a single Loon. Stunning.