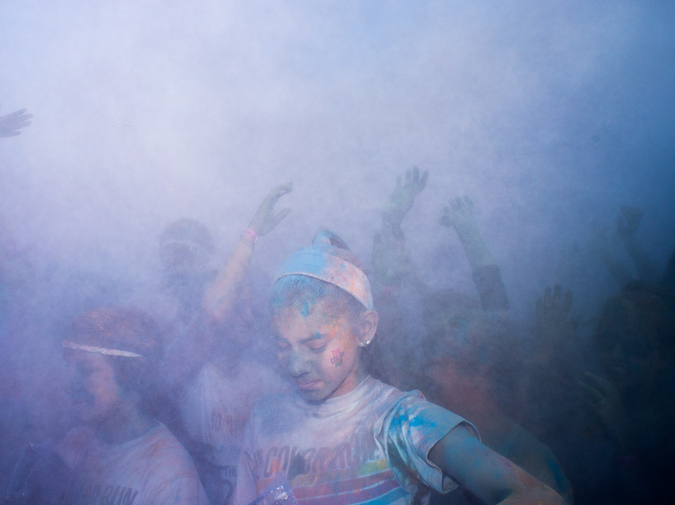 Founded in 1974, FC2 is one of America’s best-known ongoing literary experiments and progressive art communities.

Lance Olsen is the author of twelve novels, one hypertext, five nonfiction works, five short-story collections, a poetry chapbook, and two anti-textbooks about innovative writing. He currently serves as Chair of the Board of Directors at Fiction Collective Two and teaches experimental narrative theory and practice at the University of Utah. With his wife, assemblage-artist and filmmaker Andi Olsen, he divides his time between Salt Lake City and the mountains of central Idaho.

What is difficulty with respect to fiction writing? And what is FC2’s relationship to difficult fiction?

Lance Olsen: We find ourselves facing the death or at least the dying of what we might call the Difficult Imagination—one that often finds itself accompanied by charges of exclusiveness, snobbery, and elitism leveled by faintly anxious readers at disruptive, transgressive, nuanced texts dedicated in a multiplicity of ways to revealing, interrogating, complicating, and, briefly, short-circuiting the comfortable ones produced by the dominant culture(s) committed to seeing such narratives told and retold until they begin to pass for something like truths about aesthetics and the human condition.

Impeded accessibility is essential for human freedom. In that aesthetic/political interzone, everything can and should be considered, attempted, interrogated. (I should point out the obvious here, just to be safe: there is no non-political aesthetic; in fact, those that seem or claim to be non-political are invariably the most political.) What is important about “innovative” writing practices is not whether or not they ultimately succeed or fail (whatever we may mean when we say those words). What is important is that they come into being often and widely, because in them we discover the perpetual manifestation of Nietzsche’s notion of the unconditional, Derrida’s of a privileged instability, Viktor Shklovsky’s ambition for art and Martin Heidegger’s for philosophy: the return, through complexity and provocation (not predictability and ease) to perception and contemplation.

For me, yours is more than a question of temporality, although it is certainly that. The cultural contexts in which we read books change. Each of us changes as we age, are exposed to different texts and knowledge fields, rethink our thoughts, experience the same text in differently different situations. So the question behind your question in certain ways really seems to be one about reading (how a culture teaches its members what constitutes the event of reading, what a member’s relationship to a text should be), on the one hand, and, on the other, a question about identity (how the subject position is Heraclitean by nature, how “I” can only recognize earlier versions of itself by making them into contrary-to-fact fictions, misuses of the first-person pronoun).

How has your work with FC2 challenged you?

Because of space limitations, let me give you the short, emblematic answer. In a note rejecting one of my first submissions to FC2 (there were, as I recall, two more—each totally understandable—before my first acceptance), Curtis White, the then publisher, jotted four words to me in a longhand note: CLOSE.  BE MORE EXTREME.

That’s precisely how FC2 has challenged me, continues to challenge me and—I hope—every writer of serious fiction. Get that, and you’ve got everything you need to know about experimental writing practices.

At AWP, it often happens that writers, hoping to find a home for their manuscripts, will approach the FC2 table at the book fair and ask, “What are you looking for?” Is there an appropriate answer to this question?

As you can tell from the foregoing conversation, that’s invariably a difficult question to answer. In good part that’s because it presumes an implied category, a laundry list that, if matched by the manuscript, would mean acceptance, and that’s the opposite of how FC2 conceptualizes its mission. But perhaps a good start would be to say: FC2 is looking for work that engages with the ongoing conversation about what constitutes writing the present.  Another way of saying this: we are looking for work that, in order to understand it, we would need to invent a new discourse.

Elaborating on the impetus for forging the Fiction Collective, Steve Katz has said, “This was going to be a statement: strong writers taking their careers in their own hands… We could exercise some control over how our books came into the world.” Years later, after the formation of the FC2, Jonathan Baumbach expresses a similar sentiment in his introduction to In The Slipstream: An FC2 Reader when he claims that an author publishing with FC2 becomes, in a sense, his own father. Can you speak more to this relationship between author and publisher within the context of FC2? How is this relationship different from that of mainstream publishing houses?

At its best there is no difference between author and publisher at FC2. FC2 is, as I say, by and for authors. The authors are the publishers, the publishers the authors. That is to say we really do imagine ourselves as a collective, a group of very different individuals committed to certain loosely affiliated ways of thinking about dissident writing practices.

In the abstract, all FC2 authors are part of the tribe, are always-already home, are part of the publishing ecology I’ve been describing that sets itself against the corporate one run by media conglomerates. Frustrated from the start by New York publishing’s commodification and aesthetics of exclusion, FC2 has always sought to develop a successful model based on alliance and partnership, a production/aesthetic model run by innovative authors on behalf of innovative authors. That model assumes it is less important to make a profit than it is to disseminate what strikes the Board as significant heterodox writing. The consequence has been to remind us all with every book we publish (now more than 200, as I say) that there are options that stand against the corporate milieu’s structuring, functioning, and ambitions, as well as a means of caring about innovative writing that Manhattan can’t begin to begin to conceive of.

I say “in the abstract” because of course praxis doesn’t always—can’t always—match intent. Various pressures running the gamut from personality/aesthetic differences among Board members to institutional realities—FC2, for instance, works out of a number of universities with their own ever-changing pressures: University of Utah (oversight), University of Alabama (printing, distribution, some PR), Illinois State University (layout), Central Michigan University (submissions), University of Massachusetts at Amherst (more PR), e.g.—make sure that that’s the case.  But it’s precisely among that network of tensions that FC2 seems to thrive.

Rachel Levy is a PhD student in creative writing at the University of Utah and co-editor of DREGINALD. Her fiction and reviews have been published in Fence, Gigantic, The Rumpus, and The Volta, among other places.