Montage of Heck / The Wolfpack / Amy 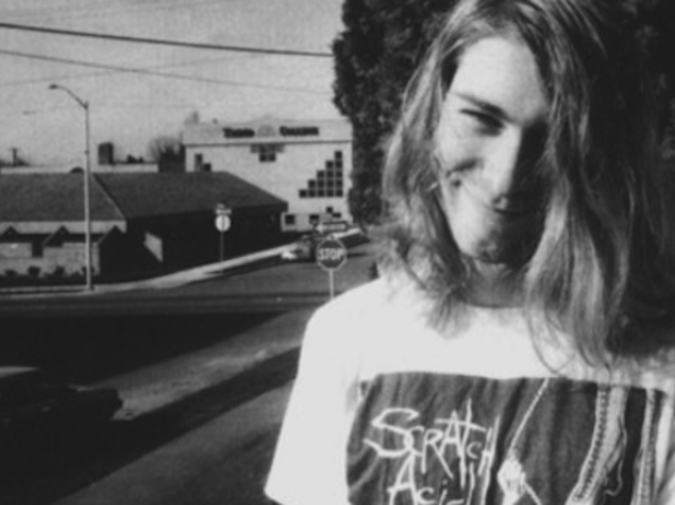 There was a generation who protested to fuck in the streets. Commerce hanged them for it so well their kids only boomed ironically. These kids slithered born through the pussy’s X and perfected a nihilist shriek to bottom out on loss, to subvert the youth energy that flipped their parents on their backs and led to the façade of moderate and minor touch ups to the social standing that ultimately mattered little for those who are still and will always be in some way carpet-bagged. Then the world boned its youth one worse. Even if you weren’t participating, they made not giving a fuck popular. (SFW, more pertinent than ever.) The responding suicides felt consummated and momentous beyond any previous zeitgeist’s impulse. They weren’t choking on vomit at the party. They used shotguns and did heroin until they were six feet tall, eighty pounds (otherworldly undulations of the serpent-throated Layne Staley). Even if the world had dibs on their skeletons, they took pains to make sure the snack it received came riddled. Now my generation ebbs onward to protest for their 401ks. I don’t believe we believe we have skeletons. Unless a site can specify that they’re not showing preferably clearly. We outdid any grandfathering yuppies by camping under them with solid flashlights in our eyes. We are the generation that finally found a way to deliberately groom the counterculture. And may we be doomed to live forever as a result, a bunch of quaffed suitors reconditioning the trees to narc on oxygen. We put the god back in rock. The one reprieve is how a few brothers can emerge from a hermitude of movie watching more decent than their wanton societal surroundings. We’re capable of using our devices to overdose on quality and that’s as positive as I’ll try. Anyone pushing that this is a form of retreat is selling you something perniciously artless. Overall, a sententious generation of the volubly scoffed, declawed and snarky, tenaciously fey, perch upon GG Allin’s spinning grave. That’s why our one dead rock star sounded like she plugged her nose with a reggae pinecone and was gratefully put to sleep on borrowed drugs. She was the pal you most wanted to plug your ears about, more pop than singer. There’s not enough space for her to deserve her casket. Cobain is an icon and a genius and an artist from one of at least two immediate preceding generations far classier and refined and capable of being grimily beautiful for ten fucking seconds. He wasn’t trained by his computer to nitpick a speech that comes with sensitivity arrows. He had the right caliber buckshot to craft a decision. The kind of artist who left his parrots in the dust. Who dusted his parrots with himself. Who wouldn’t even father a kidney stone, unless, despite life, certain loved ones cutely and circumstantially provoked otherwise. His brilliant contemporaries carried titles like Bikini Kill and Hole and Alice in Chains, not anemic whining super-parented delicacies the media thought up. The media killed Cobain after it tried to think him up and then rode his coattails from the outlet discharged into his forehead. That’s how the famous should die, kids.