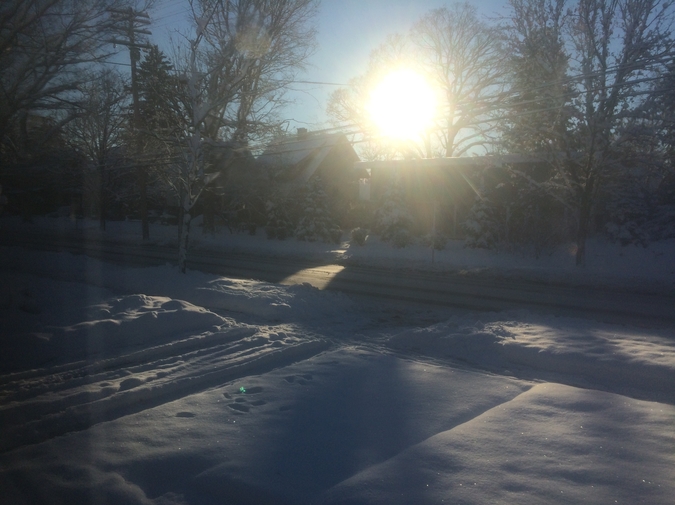 Pauline should have known she was gay when she was kicked out of nativity. She was cast as Mary because she was nice and pretty but when she squatted next to baby Jesus, the pastor shouted from the front pew. “Mary doesn’t sit like that.” He stood up and climbed onto the stage. He walked around the pulpit and looked at Pauline, whose hair was wet from swim team. “You look like a baseball player.”

Pauline wanted to correct him. He should have said catcher. That’s the one who squats.

“You can’t sit like that,” the pastor repeated. He had a bald head that turned shiny under the lights of the stage. He walked like his footsteps mattered. When he played the organ, he took his rings off.

“Do it like this,” he said, holding his knees together and bending them with a delicacy Pauline could see but not imitate. There were certain movements that puzzled her. They were the movements of women, young and old, who could put on mascara without mirrors. They could wave their hands with feather fingers. They could pull sweaters over their heads like bows on a present. Pauline's internal directions didn’t include these movements and when the pastor looked at her with everyone watching and asked, “Can you do that?” Pauline was ashamed.

Next year, she was the cow. She wore a white and black robe with a pink udder that dangled from her waist. Her family took pictures. They loved the cow.

Erica Peplin is a writer for Spectrum Culture and Vague Visages. She has also contributed to GAYLETTER and The Brooklyn Rail. She was born in Detroit. She lives in Brooklyn.