Maybe We Should Get Tattoos and Other Possibilities for Happiness 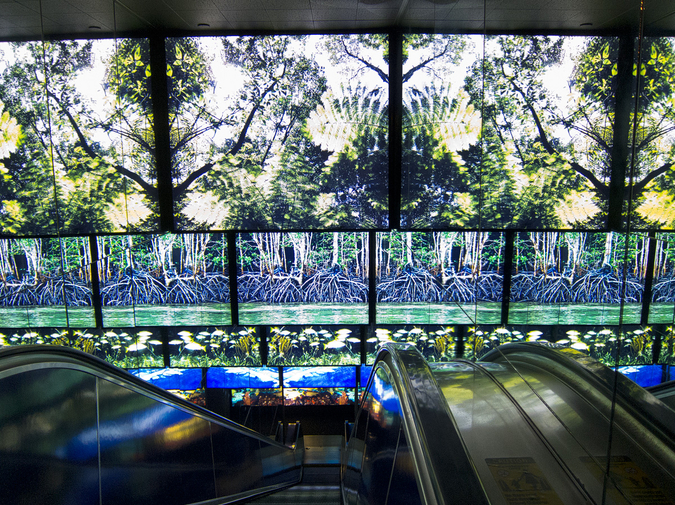 I don’t know if my husband and I are on the way to church or a hangover. It is too early in the drive to tell. The first Thursday of every month, my husband’s sister comes over to watch the kids. They are too old for a sitter, but the older one keeps trying to kill herself and we don’t want to risk it. Always keep an eye on them, I tell my sister-in-law. Don’t leave them alone for a second, not even to ice a cake, organize a closet, dry the dishes, say a prayer.

We try to go to the meetings. Talk to other people going through what we are going through. Discuss techniques for bonding with our new children. For example, sit with your kid on your lap for 15 minutes each night even though the child is 16 and suicidal and hates you and once tried to choke you out with a towel in the bath and it is very unclear how any of these bullshit techniques could help an actual child, could help your child, but you keep going or trying to go, because sometimes the faces of the other parents hunched over their paper-cups of Kool-aid in various magnetic hues look just as defeated as yours and this makes you feel less disgusting, that other adoptive parents are failing, that other people are failing and spending the first Thursday of every month eating too many stale cookies in a church basement and clinging to that one moment their child came into the kitchen and gave them a hug, unprompted.

The thing about my husband and I is that we don’t know what we need and we have different ways of dealing. For example, my husband likes to go into the garage and make repairs. He says, “I’m going to tighten up the screws on this chair. The car needs fluids. Dahlia’s bike could use some oil.” Things like that. But we both know these are just other ways of saying, “I’m going to be in the garage drinking whiskey and listening to John Prine on the cassette player.” Me, I keep a watch on the neighborhood, peak into windows, drink too much wine. I say, “Go help your father in the garage. Mommy needs to be alone for a while.”

We are nearing that part of the drive where we need to commit to the meeting or the hangover. Left turn for the meeting, right turn for the bar, but instead I keep on straight, and when my husband looks at me like, “What?” I say, “Maybe we should get tattoos,” and he asks me if I’m nuts. “Definitely,” I say, “but it doesn’t have to be a tattoo, it could be anything, but it’s got to be something. Like, maybe we should enroll in cooking classes for the girls, learn to cook real Indian meals, not just follow a recipe clipped from a magazine, every other month, but really learn the spices and the preparations, and make dinner every night, no pizza. Or maybe we should move out of town, onto a farm, get some animals, some goats, learn to card wool, buy a loom.”  My husband says yes, nods, and we both play along. He is talking about the challenges of raising goats, but I am thinking maybe we just keep driving until we find an abandoned cabin in the woods. Leave his sister to figure out the rest. Find some low-life townie to sell us dope, sit on the porch in rotting lawn chairs, smoke dope, get high, get angry, make a mess, rage in the woods, do more dope, sometimes sex, get more angry, feel something, cook beans in cans, leave open cans on the kitchen floor, eat Cheetos instead, smear orange grease across our only clothes, rob the A&P, run hands over shrinking wastes, pick at open sores, smear the puss from our faces against a cabin wall. Late at night I get to watching those low quality documentaries on addiction. That’s how I know all these details. Also, I’ve got a wild imagination. At any rate, the sheets will already be moldy when we arrive, but in the end they’ll smell more like piss.

Like I said, it could be anything, but it’s got to be something.  Maybe mass suicide. Give Lakshmi everything she’s always wanted and on top of that, make it a family affair. Use our savings to buy four tickets to New York City. Show the girls where we met, where we lived, plump up their bellies with Egyptian food, lamb stuffed with lamb, hummus, mezza, honey cake one night, the next night, Greek. Whole fish and lemon potatoes, gain 5 pounds each, go to sleep in a big heap in the hotel living room as one big, fattened up family, walk the Brooklyn Bridge, eat pizza, real pizza, steal a bike, steal four bikes, ride ragged, ride through Central Park, go to church, any church, sing hymns, cry, pull them close, teach them how to ride the train, how to stand holding their bodies strong, legs apart. Go out in style, eat a lobster dinner, one lobster each, Dahlia won’t like it, order her another, tell her to put it in her ears, laugh, order another lobster or five, tell them it’s getting to be time, take them to the Plaza, ask to play a tune on the piano, throw the rest of your life’s savings (not much) off the balcony ledge onto the polished marble floor, watch a twenty land in a glass of champagne, grab hands, parent child parent child, jump off the balcony, listen to the bell hops scream.

Or whatever. Anything like that, just not this. Maybe martial arts, maybe skydiving, but probably woodworking. Take out a line of credit for some expensive tools. Pick pieces of sawdust out of our hair at night before bed, accidentally saw off a thumb, find out if that phantom limb thing is true. Take up running, research ancestors, take lovers. Get fat, get skinny, do 50 sit-ups every morning, write a book, start a family band, forgive our parents, forgive ourselves, go to more meetings, give up meetings, drink less, drink all the time, stop expecting your life to be something it isn’t, expect it to be everything, try to understand Hinduism, ban Hinduism from the house. Take up meditation, tell Lakshmi, “Just get it over with,” beg her not to, forgive her, get new careers that mean something. Write a memoir, write a screenplay, take the girls on regular vacations, tuck away 20 dollars each week in a white business envelope in your desk drawer, pull the envelope out at the end of the year, count the bills one by one, smell the soot of other humans on your fingers, be disgusted with yourself, be fascinated with yourself, proudly announce, “We’re going on vacation,” spend the money on sex toys instead, know God, become an atheist, get a graduate degree, teach them what is right and wrong, take a bottle of pills and say, fuck it, have sex with your husband every night, never look at him again, get yourself a boyfriend, get yourself a girlfriend, eat one stick of butter with every meal, go vegan, go nuts, get good at lying, never tell a lie, get into politics, volunteer for the PTA, be the mother who always makes cookies, add Cyanide to the Valentine’s Day batch, take out the entire class, look in your bathroom mirror, know who you are, feel your body tense every morning as your mind slips into consciousness, thinking, this again, huh, this failure, this not knowing what to do, but remember the afternoon of the unprompted hug, feel Lakshmi’s arms around your waist, the intensity of her grasp, commit to finding a solution, start to get the idea you’re no longer on the road and that your husband is shouting. Remember waking up to the sound of your mother’s mixer making a birthday cake, the deep hum of the engine, the constant thud of metal beaters hitting the side of a mixing bowl dulled by sweet batter. Not unlike the sound of driving a Pontiac Grand Am through a cornfield in the middle of June. Remember to teach them how to make a pie, use ice water for the crust, feel the stalks whipping at your arms through an open window, hear your husband screaming, what the hell are you doing, remember your foot on the accelerator, grip the steering wheel tight, press the pedal deeper, lose interest, let your foot slip off the gas, feel the car slow to a stop, drop your head, hear the horn moan under the weight of your brain, tell your husband to take his pants off, don’t let up on the horn until you hear his belt buckle jingle, climb on top of him, tell him to slap you in the face, and when he does, ask for it again. After all, life is just a series of experiments and possibilities and you’ve made a commitment to finding a solution.

N. Michelle AuBuchon holds an MFA in creative writing from Sarah Lawrence College and lives in Brooklyn. Her work has most recently appeared or is forthcoming in The Iowa Review, The Brooklyn Rail, BuzzFeed, New Orleans Review, The Weekly Rumpus, Caketrain, Vol.1 Brooklyn, Washington Square, Gawker, No News Today, and Swink. She is currently working on a novel-in-stories.