Mathletes, Exile and the ‘Nerd-dom’ 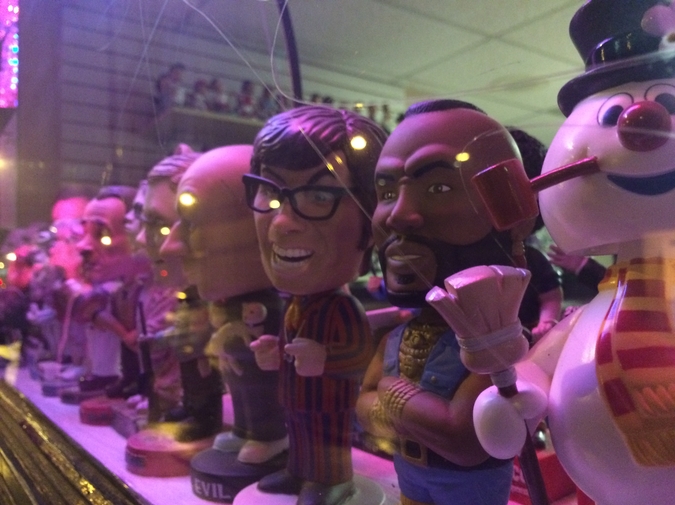 Not everything that happened to me in eleventh grade was a nightmare.

For one thing, I was the high-scoring mathlete in the entire high school of fifteen-hundred kids. This was sort of an honor (my brother two years ahead of me had been the high-scoring mathlete). But to be honest, it was an honor that no one would want. If you don’t know what mathletes are, even the chess team could have beaten us up, and we looked especially hopeless.

One of the guys who was allegedly sixteen was built like a weaker version of a skinny eleven-year-old boy with long straight blond hair almost to his shoulders. He even had pale skin, thick glasses, and a voice that hadn’t changed yet. The biggest guy was morbidly obese, had an exaggerated slouch, very pale skin and greasy extra long straight hair—but his was dark brown. Only one person on the team had a significant mustache. She was the only girl, but she wasn’t good at math. She could have been the most normal looking person, and maybe even attractive—except for her very dark mustache and the permanently dull, blank expression in her eyes. There was one guy who looked okay, but everything he said sounded like an über-geek (Star Trek, Lord of the Rings, Dungeons and Dragons, his favorite algebraic formulae etc.) He was the guy with the most social skills on the team—he wanted us to all be friends.

I wasn’t friends with anyone on our team. For even though I was unbearably isolated, I felt lucky compared with the team because at least I had been someone who had had a social life with truly great friends. But that circle of friends all graduated with my older brother, two years ahead of me. They used to share and discuss great writers, especially Camus, Sartre, Kafka, Nietzsche, Beckett, Nabokov, and Mann. They organized occasional car trips to the gigantic Barnes & Noble on 5th Avenue in New York City, which was then the Mecca for lovers of great, obscure and rare books. They had time to read because they never joined bullshit activities just to look good to colleges. They were well-rounded and well-liked. One was a great hockey player, one was a science guy, and some had nice girlfriends. They got along with everyone even though they were known as the most brilliant kids in the high school.

On the other hand, the mathletes had no idea about how they came across to people. For one thing, they invented a team “song” that they sang on the bus. They started to sing the digits of pi as a way to get psyched up for the meets. One of them used to urge me to join in the chorus. But I could never bring myself to join in, especially since the tune they chose was, “Twinkle, Twinkle, Little Star.” I can still hear the digits they would sing:

Worse yet, they would actually keep going and going for at least forty or fifty digits until they would inevitably start to forget, and it would become a train-wreck of conflicting digits. Then one of them would get angry at one of the others. Then they would argue about who was right. A few times the “fight song” turned into an actual fight with frustrated insults, curses, and fuming silences that lasted the whole bus ride. The “fight song” demoralized everyone.

I sat alone on the bus and tried hard to pretend it wasn’t really happening, again.

I was mortified to be surrounded by such brazen nerdiness. This wasn’t like a circle of friends supporting each other to engage deep intellectual ideas, seeking out and actually reading great books. One day I figured out that these mathletes actually seemed to think that acting nerdy would make them look like geniuses—they were affecting nerdiness! None of them were even very good at math except me!

Worse, the other guys on the team had stopped trying to be socially sensitive to other people except the other mathletes. It was as if they wanted to shut out the rest of society to become even more outcast.

But then I started to feel guilty about being ashamed of them. I wondered, Am I afraid of associating with these nerds because I have latent nerdiness myself? I had to contemplate the true meaning of “Nerd-dom,” and I figured out that the normal aversion to nerds usually comes from the pain, shame and awkwardness of relating with them, for nerds themselves often inflict great pain upon others with their total obliviousness to others’ feelings. Worse, nerds magnify their isolation by preemptively rejecting society before it rejects them. But unlike my teammates, I did not want to be an outcast. I still wanted to be accepted by normal people—I wanted that more than anything.

On the other hand, I felt like an exile myself because my brother and his friends were all gone, and at home my parents excluded me from that higher realm where my brother was praised for his stellar SAT scores—he had gotten a perfect score in Math, and he did almost as perfectly in English. My parents believed my brother was just better at everything than me. So did all the teachers. Even my guidance counselor told me that my brother was better than me.

Anyway, when the team wanted me to be their “captain,” I didn’t want to. But no one else scored nearly as well, so I said okay when our “coach,” a math teacher, asked me. He was a pretzel-thin, ultra-hairy white guy with the posture and gait of a hyperactive chimp. But at least he was nice to me. He was the only teacher who noticed that I outscored my brother as a mathlete.

Whenever we got to the other high schools to compete with other teams, we were all gathered in a big library or a cafeteria. Then teachers would pass out an insanely difficult math problem, and we got just five minutes to solve it. Then they would check the answers. There were only five problems handed out in any competition, and almost no one ever got all five of them right, ever.

But I did, and I did it several times.

During morning announcements, sometimes they would announce my name as the high scorer. I would try to disappear into my desk and pretend it wasn’t happening.

I sat directly behind one of the football players, Ivan “The Refrigerator” Lesnick, who was supposed to be sixteen but who was six-foot-five-inches and weighed two-hundred-thirty pounds, which was approximately twice my weight. Once this star athlete realized I was the person being announced, so he turned his vast bulk around to ask me, “Is that you?”

I was a little terrified to be noticed by one of the warrior chieftains who were feared like the gods of our high school, but I said, “Yes.”

“Way to go,” he said with an actual smile.