Masterpieces of the Oral and Intangible Heritage of Humanity 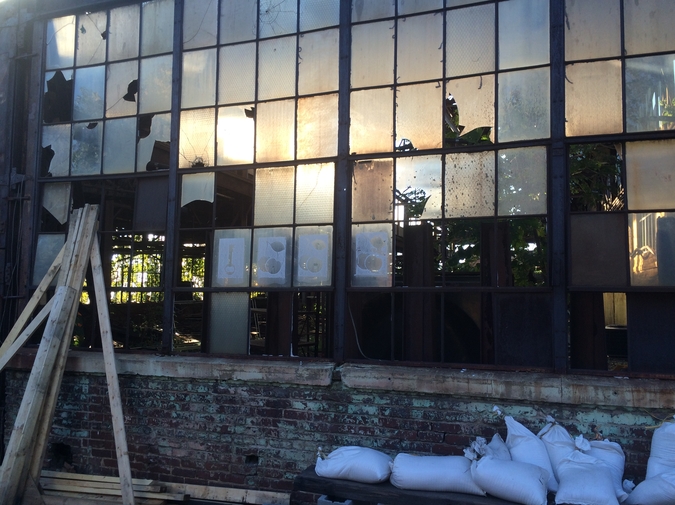 The Germans call it the downfall. The French call it sleep. The Polish just give you vague directions. In Romania it's a disappearance. In Helsinki it's an invoice.

But for me a sunset is always only a passing thought.

I was loitering outside the Musée Guimet, a building containing the fruits of colossal ransackings, brief scenes of lives and horses, the decline of a courtesan. Which is actually how they say sunset in Sumatra.

I was considering the Guimet at sunset. Sunlight settled on Washington's steed, a wine-gold glow that spread in scintillant increments, soon reaching the Avenue du President Wilson and the veins of linden leaves above the sidewalk.  I looked at a shop window and saw the image of the glow on the ridges of the roof high behind me. Whether or not the window was smeared with an oily print, some fingers' friction distorting the light, was something I couldn't have known.

A triangle inside a circled square, a treasured vehicle, hills of women snared in lace. The Mediterranean diet. At last a Panama hat. Masterpieces all, but what were they compared to the profound mystery of the smear?

A man looking like a drunk or unmedicated Anton Walbrook waltzed along in forma pauperis. I had always recognized the waltz as a dance full of inner turmoil. Such stateliness is meant to conceal the violent nature of things. Certainly this man was capable of violence. His box step was impeccable.

It was five in the afternoon. I was looking at the Guimet when my phone buzzed shortly.

I walked away from the fading light and the waltzing Walbrook  and sought shelter in a dusky cafe on Avenue Pierre Ier de Serbie. The legs of the table I took were uneven and it rocked and swayed when the weight of coffee and porcelain were placed upon it, the crippled citified furniture common to modern cafes. I made a shim out of a matchbook and produced my phone and read the text again.

I didn't recognize the number, American, though I did the compulsion, American, to trivialize death via text. How to reply except:

"phone fell in while brunching in bath," read the response, a portable autopsy. Then another short buzz: "funeral tmrw."

I considered the electrifying absurdity of death at an apartment bruncheon. I considered the softly rippling coffee in my cup in the deepening dusk. The time it takes bottomless mimosas to become bathysmal. Wrong numbers, mistaken identities, slips of the tongue, the pen, the finger, injuries sustained from repetitive strain: Everything that's happened to me is my life.

I felt like I had no right to be where I was. I moved through the vaporous streetlight. Tomorrow admission would be free.

Derick Dupre lives in New Orleans. He is a founding editor of The White Elephant. His work has appeared in publications including Untoward, Neutrons Protons, and the New Orleans Review. He was a finalist for the 2015 Lamar York Prize for Fiction. You can find him at derickdupre.wordpress.com.