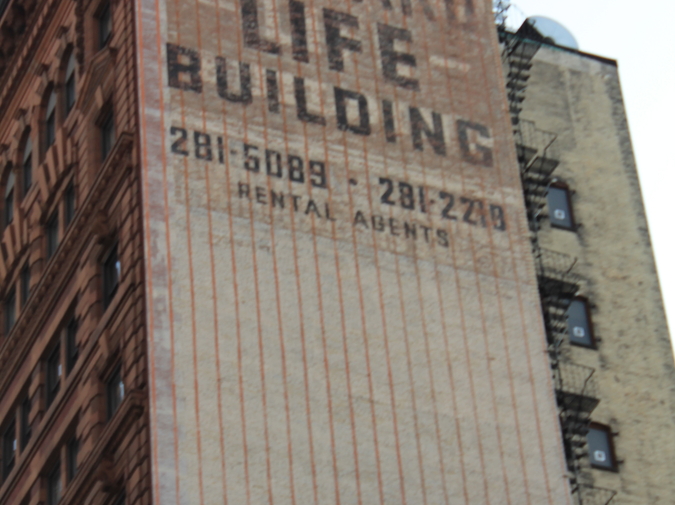 Twelve years old and I’m standing on the corner with Luc Bustomanta, who’s trying to make out with me. The rest of his crew is off selling nickel bags. Tonight, not even Luc Bustomanta’s girlfriend is here. For maybe the first time ever, it is just me and him. Me—twelve years old, hair in a high ponytail, gold hoops, lips red. Him—seventeen or eighteen, slow-walking, grown-man-smelling, blue eyes sharp, sharp, sharp.

When it starts to rain we cross the street. I don’t know where we’re going, but something warm and scattered is jumping underneath my skin. He leads me to the door of an apartment building, nudges me onto its small step. Then, smooth as a cloud moving across the sky, he presses his body against mine. It happens right on Seventh Avenue. Right in front of the nannies with their strollers and the men in business suits on their way home from work. It happens in the doorway of the apartment building, under the fluorescent glare of light. It happens right there, Luc Bustomanta leaning so close that I can feel the cigarette smoke in his mouth.

He reaches under my shirt, pulls at the loops of my jeans. I trip a bit, stumble toward him. He laughs, leans forward, and when he kisses I can’t tell where his lips stop and mine begin.

After awhile, I reach into my Jansport for a pen. I write down my phone number on the back of a Wrigley's gum wrapper.

Here, I say, and place the wrapper in his hand.

He smiles as he tosses the gum wrapper over his shoulder. It falls, shimmery side up, into a glimmering puddle of rain water.

I look at Luc Bustomanta’s face. So white. So narrow. So full of edges.

That’s cool, he mimics in a high voice, and he smiles because he can see right through me. He doesn’t want my number. But he’s got my number. He’s Luc Bustomanta. He’s got everyone’s number. Luc Bustomanta’s eyes are traffic lights, shining over every block in this neighborhood.

Yo, girl, you really want me to call you? he says, angling his chin up at me.

He turns then, goes off in some other direction, off to somewhere I don’t know.

I am twelve years old. I love climbing through chain-link fences and sneaking into schoolyards late at night. I love smoking blunts and tagging up on cinder block walls and drinking forties out of crumpled paper bags. I love the fear of getting caught. I love Luc Bustomanta.

I start running. The sidewalk is hard and slick beneath my feet.

Becky Tuch is the founding editor of The Review Review, a website dedicated to reviews of literary magazines and interviews with journal editors. Her fiction has received awards from The Somerville Arts Council, Briar Cliff Review, Byline Magazine, and has been short-listed for a Pushcart Prize and Glimmer Train's Very Short Fiction Award. Other stories, poetry, and reviews have appeared in Folio, Quarter After Eight, HTMLGiant and elsewhere. In 2012 she received a MacDowell fellowship.