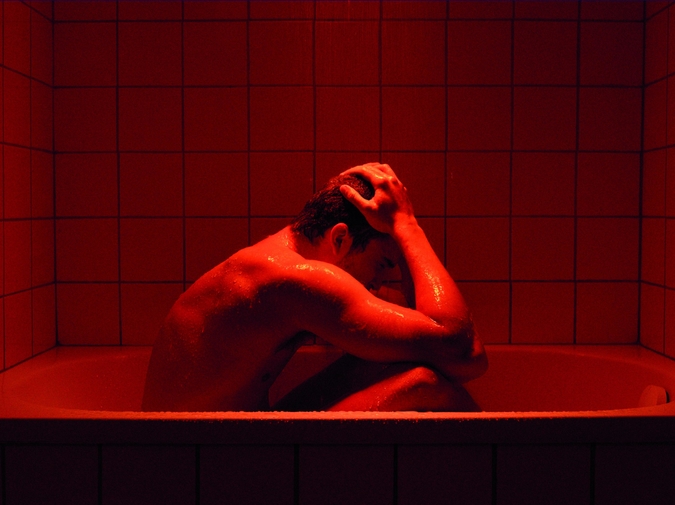 I become distracted from how oppressed in every capacity those I love are, because I’m too busy loving them. Only impugned by taking aim, my affections falter for lack of use in the terror which raises them surface level. If I buck against the established dismissal into nudity of a courtly object, what has been instructed in its objectification to remain so will buck against my ability to choose refusal in the first place. We’re both already nude before the thought can blind us. I play the game because attempting not to results in my death, she is saying. Love is its own death thing, I am saying. Good luck, then, with the freedom afforded to jump that far out of the uniform your skin and cock have webbed about you. How could this person trust I mean death for real, not letting her alone be taken by it? Not even I can know how much I mean my death until the instrument is handy, until, coming soon, the rat is plush with corners. It’s hard to feel I’ve picked my way out of joining the thing I look like. Dipped somewhere through the pit of dread I’ve always felt is a rejection from the comfort my paleness should confirm. I see it beaconing off the supermarket scanner eyes of entry-level recruiters everywhere. They've positioned the lint in my pockets. Sometimes the uniform leaks and the vilified order no one thinks they are a part of does a spit take with those who make it up anyway. I interpret my beloved’s lack of faith with a rage that leaves her mute in want of consolidation. I can’t hear how lost she is without measuring the distance it leaves her from me. But this collective will to deem oneself a savior drives the nails down my stigmata with much egotistical puke on either side. Just say you’re not interested upfront. Your domestic aesthetics lie elsewhere. They come with the fucking backyard you deserve for having to touch me. My fault, art poverty’s been clicked from the trend. The second you back out of the mask, you should simultaneously be forcing the rims to slit your throat or you’re not sorry. A photocopy of oppression smirks about the difference it thinks it assists. The defense you’ll get reduced to can only patronize, instead of canvasing a scream for the wound that was your head. But the dirt on our hands now, how airbrushed in. So many responses queue when the following complaints are as petty as your initial action. Everybody’s crisscrossing their tenure after refreshments. The nightmare lasts 24/7 or don’t show me yours. You have to invent your own racisms and mean them. That’s the i.e. that earns you a death less tattled by anointment. Kill your brain with how they’d rather have you. You are the evil you say you never needed. If you can’t be allotted love without the strategy of game, of the life we’re coerced into buying, of the patented mannerisms, sociological endurance, good, good, group survival and extorting a penance might act as your subversion. On the other nothing, being a profitless evil until you die from it is the white subversion, because the colonizer feigns his every goodness. There is no Q-tip swollen ready to clear us of your saying no. You can’t tap your toe into an intended implication if you are that implication. Otherwise, you got guilt? Rollcall some fucking charities. Both takes are as sexy and as owned as every inescapable reproach this consecutive typing robbed around us. Making a discursive point is the format my kind employs to reach its height of repugnance. Only reason I weigh in. I believe my confetti over the cost of any blood. My love is an attrition. I’m of no use unless I’m a danger to my like. Yet, weep with me: I optimistically dream to wound whoever. I keep begging by the jugular for a blade, but the jerk off motion is everyone’s ultimate reception.

PS – That my favorite director did this movie to me is proof it’s time to draw up plans for checking out. They quoted Frost together. Though the truest idea about lost love is this self-involved punishment of praying time travel could exist. He nailed, at least, that. Perhaps I can zip up my birth, free from who art left me to inhabit. Fuck yourself impaired by your own ferocity.