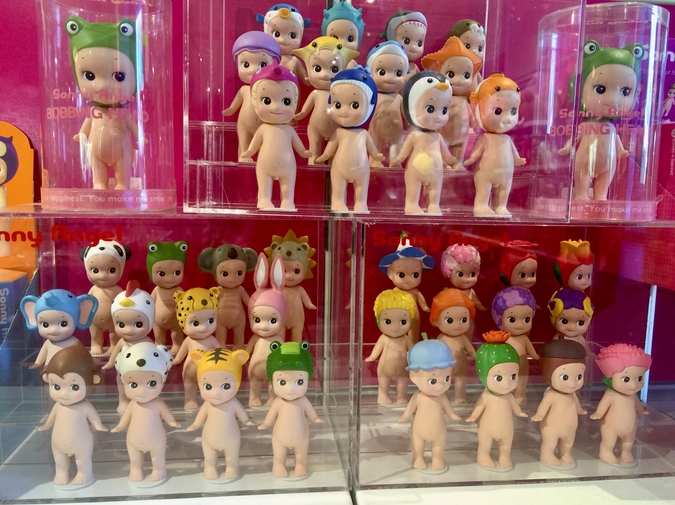 Most of the big transitions in my adult life have been bookended by a period of buying and selling things to strangers. I can track my moves across the country—the frantic fire sale before I leave a place and then my slow accumulation of a new life. The coupling I’ve done and undone, the pets I’ve adopted and the sudden reshuffling of my world that happens when they die. The last dozen years of my life could be mapped out by my Craigslist history, moments when I’ve called out into the abyss and some voice has come whistling out of the darkness with the exact inverse of my need.

I look forward to these exchanges. They give me what I long for—a smooth capsule of human interaction. I’ve never been good at understanding the natural borders of relationships. Growing up queer without the language to name it made me perpetually afraid of both wanting too much from someone or having them want too much from me. I’ve never quite shaken the feeling that some mechanism inside me was twisted the wrong way. Even now my friendships are sodden with hesitation like I’m worried about offering too much of myself. I dread being needed. The only friends I can hang onto are the ones that can tolerate the way my affection surges and recedes. Always I feel like I’m trying to make up for some misstep or absence, some sudden retraction of my desire to have any friends at all.

The transactions with strangers are free from that messiness. There are clear boundaries to these relationships; they last only as long as they must, until we have exchanged what we have set out to exchange. But in the confines of this transaction, it’s easier somehow to unstitch ourselves. We stumble into unexpected moments of intimacy. It’s not about spilling our life stories to one another. Instead it’s a quiet vulnerability, a willingness to look someone in the eye and admit that I have a need. It’s easy to forget what softness that takes, what kind of grace we are all capable of.

I sit in a stranger’s SUV while her son drives my car around the mall parking lot deciding if he wants to buy it. Outside it’s the kind of cold that the body curls away from. The woman and I watch the taillights of my car circle toward Dillard’s and then disappear out of view. The air smells like lotion and makeup; the scent is somehow both chemical and human. The woman asks me questions about myself. We talk in broad strokes about our lives. I’m sure there’s nothing we say to one another that we haven’t said to someone else. But still there’s some texture to the conversation that makes it weightier than it should be. It’s like being on the surface of some bottomless lake. We never drop under water but we can both sense the impossible darkness below. I’m not sure why it feels this way. Maybe it’s the knowledge that this is the only moment our lives will intersect. In this era where the digital world can make relationships seem endless, it’s startling to bump into something so finite. But also, I think it’s that we have both spurred our own instincts for self preservation. When confronted with a total stranger, she has opened her door, and I have climbed inside.

Often there’s a rawness to the transactions because both our lives are in some kind of upheaval. After I separate from my husband and move into a one-bedroom apartment in Missoula, I get in touch with a man selling a bed. I meet him at a storage unit. He tells me that the stuff inside belonged to his dead uncle. There’s a flat weariness to his voice as if he’s exhausted by the sheer number of things he has to account for now that his uncle is gone. He offers to drop the bed off at my front door and I let him. He’s careful not to step into my place, propping the mattress and box springs against the doorframe and letting me be the one to pull them inside.

Two years later, as my girlfriend and I get ready to leave Montana, I sell a set of old snow tires to a man who’s just blown out his and can’t afford to buy new ones yet. He runs up to the porch ducking his head against a winter storm, shaking the snow out of his hair. He and his brother grab the tires two at a time and disappear behind the blur of gray. I sell a bookcase to a girl moving into her dorm. I can tell someone has warned her that it’s a bad idea to come alone. She moves like a deer—hunted and wide-eyed. My old mountaineering boots go to a guy trying to get on a fire crew for the summer. I watch him sink his feet into my shoes and slide his hand up the laces. We’re going somewhere without mountains, without snow. Still I feel regret at letting boots go before the tread is worn down and the soles start to crack. It’s like I’m leaving a project undone, and now I’m relying on this man to finish what I’ve started

When we arrive in North Carolina we fill our new place with used furniture—a dining room table from a family preparing to relocate to London for two years. I make a joke about their small dog taking on a British accent, and everyone’s gaze swings toward him. He’s not coming, the mom says and we all go quiet. The dog lets out a long howling bark. We get a rug from a woman moving to a different neighborhood so her kid can go to a better school. I can tell that she’s stunned by her own instinct to upend her life based on this arbitrary bureaucratic map. We pick up a music cabinet from two middle-aged men cleaning out their dead mother’s house. They stand in the front yard and watch us drive all the way up the street.

After our cat dies, I sell her old carrying crate to a barrel-chested man dressed in camo. When he gets home, he sends me a thank you text with a picture of his two calicos. I post the rest of her things for free—her scratching post, her bowls, what’s left of her food and litter, her tiny neon cloth mice. I stack it all out on the driveway, and I don’t bother to go outside when someone comes by. Instead I stand at the bottom of the stairs and listen to their car doors open and close, their tires rubbing across the gravel. When I step outside everything is gone.

Some people grimace when I tell them about these interactions. The uncertainty unsettles them so much it feels like danger. Of course as with anything, there is a risk in letting my life cross into someone else’s, but I have never felt unsafe. I’ve gone into people’s homes, allowed them into mine. I follow one man up some narrow stairs and into his bedroom, which is messy, but not excessively so. Just the regular chaos of a lived-in space. A t-shirt is lying on the bed as if it’s just been pulled off of a body. For a second the man and I lock eyes as if it suddenly occurs to us both how intimate the space is, how quickly this moment could turn dangerous if one of us wanted it to. He gestures toward the TV, which is what I have come to buy. Together he and I lift it up off the floor and carry it out to my car, where he gathers the cord and tucks it gently onto the back seat. I hand him $60. He doesn’t count it; he just shoves it into his pocket. We wish each other good luck and then we both turn back to our lives.

Maybe the shimmer of danger is part of what draws me to these moments. What a gentle way to confront my own fragility. I could be broken by these strangers, but I am not. I could test my cruelty on them, but I do not. It’s a relief almost to be reminded that we exist only by the mercy of those around us.

I do not buy things just to resell them. I purchase only what I need and I sell what has run its course. To try to generate profit seems like a perversion of something I hold dear. Already I am so exhausted by the constant corporatization of my needs.This buying and selling of used things is a break from the sinking guilt I feel at stepping into a Target and knowing that a whole vicious industry has been built on my insatiability. I want to apologize to the cashiers, to the boy wrangling carts and the woman gathering clothes from the dressing rooms. What a gift it is to instead stand in my driveway under the dusky sky and hold some object out to a stranger and  have them tell me that this thing that matters to me, it matters to them too.

As much joy as I get from letting my life rub up against some stranger’s, what I like best is that the story of our things will keep going. Here we are for just an instant passing between our hands the objects we cannot bear to throw away. Here we are saying to one another exactly what we need to hear—that everything can be reborn, everything can have a life after the life we can imagine ends.

Laura Price Steele is a writer and editor. Though originally from Colorado, she now lives in Wilmington, North Carolina where she earned her MFA from UNCW. She has been the winner of the Ploughshares Emerging Writer Contest in nonfiction as well as the Montana Prize in Fiction. Her work has been published or is forthcoming from CutBank, Ploughshares, the Iowa Review, and Shenandoah, among others. Currently she is working on a novel. You can find her at Laurapricesteele.com.