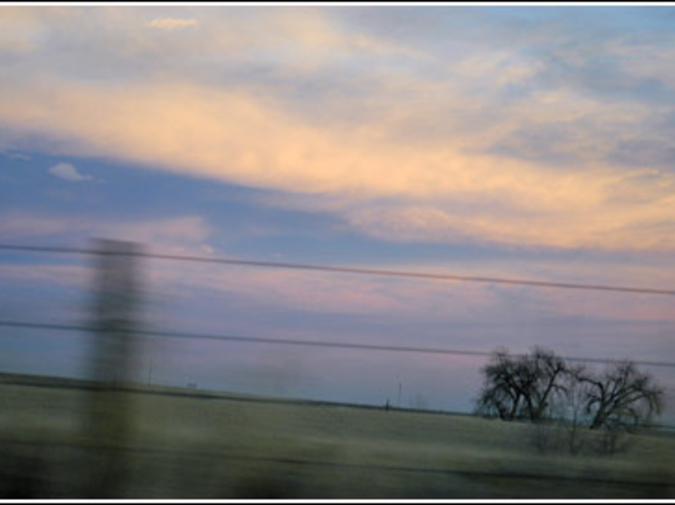 Leonard Crank is an ass. He's a beer-in-a-can-drinking, White-Owl-cigar-smoking, wife-beater-wearing, greasy-haired slug. He is also my next-door neighbor. As for me, well, I have always been the cushion on which an ass like Leonard Crank plants himself to find relief.

I blame my parents, my mother in particular. She hated kids, especially her own. I was a thumb-sucking, loaded-diaper-wearing, crying-in-the-crib pacifier baby, and now it turns out I have intimacy issues. Trish, my wife, says it's because I was bottle-fed, which could also account for the unnerving panic I experience at the sight of women's breasts.

By the time I was eight years old I had suffocating feelings of insufficiency. I would wait for hours on the front porch of Mrs. Berenberg's house after piano lessons while my mother trotted English style around the riding ring on the back of her chestnut Morgan.

In the fourth grade, on the eight-mile bus ride to and from school, Mark Hoag would sit behind me and flick my earlobes with his thick, stubby fingers, laughing like something that should be mucking around a barnyard, until my ears throbbed a luminous red heat. I was frozen in my seat, afraid of pissing him off should I make the slightest move, and it left me with a debilitating fear of confrontation.

Somehow I managed to reach my forty-fifth birthday. Trish thought it would be a good idea to throw me a surprise party. I hated surprise parties. I hated all social gatherings. Trish was the one with the friends. I was an appendage, or better yet, one of those baskets she brings to such social gatherings in which she would place a bottle of wine, a chunk of smoked Gouda and a box of thirty-grain crackers.

We gathered on our backyard patio and I quickly retreated to the relative comfort and security of my grill. Trish and the other wives giggled and cackled and drank fruity vodka mixes in martini glasses while the other husbands joined me at the grill, drank Canadian beer and talked sports.

Next door, Leonard Crank was lounging on his deck in the drowsing wash of the October sunset. He was wearing a thick red bathrobe, open at the front, revealing a white tee-shirt -- most likely sleeveless -- and a pair of boxer shorts adorned with wild waterfowl in varying stages of flight. On his feet he had white tube socks, pulled to the top of his calves, and a pair of black shoes, the laces of which he neglected to tie.

He turned and caught my eye, raised his can of Schlitz and without removing the fat White Owl from between his teeth, shouted "Merry Christmas." Yeah Leo, I thought, the same 'Merry Christmas' we have every year as you and your hillbilly clan stand on the deck throwing empty beer cans in the air and pissing over the railing to see if you can hit them before they hit the ground. Or maybe it's a 'Happy Fourth of July' where you and your kin stand on the deck and shoot squirrels or crows or nearly burn my house down with illegal fireworks.

But I raised my bottle of Molson, smiled and nodded my head.

When I turned back around, Trish was pointing at a deer plucking crabapples from one of the trees in Leo's yard. Her friends had all gathered around her and they wriggled and prattled and frolicked as if they were young Athenian lovers in a moonlit forest. The woodsy merriment was shattered by a rifle shot and I turned to see Leonard standing against the railing with a hunting rifle compressed against his shoulder.

His first shot missed, but the deer just stood there, looking in Leo's direction as if it were deciding whether to run or laugh. With one eye closed, Leonard Crank peered down the barrel of the rifle and began to squeeze the trigger. There was a basket of crabapples sitting on the patio near the grill so I grabbed one and heaved it toward the deer. The apple fell short by at least ten yards but it was enough to send the young buck scampering into the woods.

Leo turned in my direction. The rifle was still against his shoulder and his right eye was aligning the sight on a new target: me. Never had I stared at the discharge end of a live rifle, particularly one in the hands of an unstable yahoo like Leonard Crank. At that moment my pathetic, neurotic life passed before my eyes, and it didn't seem to be one worth salvaging.

"God-damn-son-of-a-bitch!" I yelled as I snatched another crabapple, threw it in his direction and struck him in the forehead. "Put the fucking rifle down!"

That felt good. That felt real good. I gathered a handful of crabapples and looked around his yard.

"This one is for setting your fucking shed three feet onto my property," I said as I hurled an apple at his shed. "And this one is for all the times your stupid fucking dog shits on my lawn!" In spite of my intent, I could not throw it at the dog, so I heaved it at the rusted 1978 Pacer parked in the grass behind his deck.

Trish grabbed the basket of crabapples and held it against her chest. Leo began to rant about revenge and lawsuits. Trish's friends and their husbands had yet to close their mouths. There I stood, with a shit-eating grin and a fistful of crabapples.

Richard Osgood has a BA from Wesleyan University and an MSArch from the University of Cincinnati. He has published non-fiction pieces in the Journal of the Society of Architectural Historians and has presented other research work at a variety of architectural conferences and symposiums. He is married to an effervescent woman, with two boys, and they live in Wyoming, Ohio. He is new to the fiction market and has what some might consider an unnatural obsession with beagles.