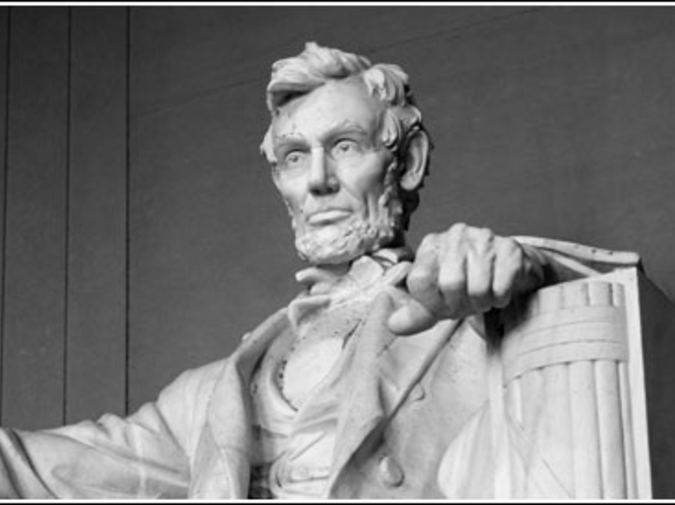 Finally, a man who understands that mental illness is a desirable thing in our American Presidents! As Director of the Academy of Nineteenth Century Disease and Deviance (ANCDD), I gobbled upLincoln’s Melancholy: How Depression Challenged a President and Fueled His Greatness, like a hormone-pumped turkey. The 21st century obsession with Happy Meals and Paxil and little hairy hobbits is enough to make a complicated man pluck out his eyes and hurl them at the nearest puppy. What sort of twinkle-toed tomfoolery do people expect of the Head of State? Should he drink lotus shakes? Wear a crown of daisies? Lead global meditations on the brighter side of things? What bright side? Life is a giant black cough of misery.

Oh dear, shut me up already. I write not to brownnose, but rather to remind you, Mr. Shenk, that I am a fellow expert in the underappreciated field of presidential melancholy. Which means you and I are two robust peas in a shriveling old pod. We must nourish one another. Please accept my open invitation to peruse the ANCDD’s extensive files, for when it comes to the eccentric career secrets enjoyed by our nation’s greatest presidents, my basement is a gold mine of documentation. (We are between offices at the moment.)

The following represent a small sampling — a teaser of sorts — for your scholarly snooping.

It is with good reason that Lincoln’s profile bedecks Mount Rushmore. But Franklin Pierce—my goodness! For the idiosyncrasies our fourteenth president so expertly integrated into his personality, we should carve the good man’s name in the clouds above.

The steps Pierce took to secure his presidency were inspired in their joylessness. Consider his marriage to a sanctimonious prig in black veils who spent her days polishing rosary beads and scratching her wrists to induce stigmata. Pierce was no fool — while First Lady Pierce thumped her Bible and blood-let up and down the White House hallways, President Pierce was free to scuttle off to his chamber and indulge his own exceptional pastimes.

And why shouldn’t our fine American President pleasure himself as he saw fit? If during his evening bath a man wishes to choke himself to orgasm with a pair of ladies’ hosiery, it’s nobody’s business but his own. If while soap suds drain he wishes to glug a barrel of scotch, pour hot candle wax on his genitals, and sculpt the leaning tower of Pisa, the act is a source of pride and should be archived accordingly. Why judge such a zealous “impulse to the artful life,” as you put it? When a man desires to degrade and humiliate himself, intervention merely squashes his colorful wizardry.

In servicing the needs of our presidential virtuosos, others may be flattened along the way — especially when Pierce is driving. A pie-eyed man of the people, President Pierce would not tolerate such upper-crust pretensions as a personal chauffeur. He was perfectly capable of steering his own White House dune buggy — that and then some. It’s not his fault that some witless old lady crossed the street just as he was spackling the carriage reins with his man seeds. Life is for the living!

In an age where cartoons fornicate on network TV, we should look wistfully back on such heroes of restraint as the late, great Buchanan.

Before his presidency, Buchanan roomed with Senator William Rufus King for sixteen soul-rotting years. When the ‘Rufinater’ died abruptly of an unspeakable illness known in some circles as “crotch rot,” Buchanan was left to tear out his curls and pace a nearby corn field in sober deliberation. Luckily Buchanan’s meditations hammered some logic in that girly head of his — he recognized that it was high time he shoved his sex drive back into the closet where it could do him some good. Enforced celibacy caused Buchanan so much suffering he was sent clamoring for the only job taxing enough to liquidate his entire emotional savings. He ran for Head of State and won.

Buchanan’s celibacy may seem odd to the hordes of Ginseng-snorting teeny-boppers who preachaccept yourself and be true to you until blood spouts from our ears, but like you say, Mr. Shenk, a man’s misery makes him stronger. I’m not talking sublimation here. I’m talking Class A restraint. I’m talking hair shirts and needles through eyelids and chopped off fingers — whatever it takes. Pain is the path to wisdom. To sum up, it was only after obeying the mores of the period that Buchanan earned himself the prophetic ability to see straight (ha ha) into the gaping, molten crack (ha ha ha) tearing across our great Nation.

As an aside, please allow me to interject: We at the Academy of Nineteenth Century Disease and Deviance (ANCDD) are not Neanderthals. We are not anti-gay, unless by gay you mean happy, and in that case we are most astringently opposed.

Disease and/or Deviation: Sadomasochistic Schizophrenia with a sprinkle of early-onset dementia.

School records show that hallucinations plagued little Willy throughout his formative years: He complained daily that a bloody-eyed Indian was stropping his neck with a scalping knife. No amount of persuasion or turns with the paddle could convince him otherwise.

Native American bogeymen continued to spook the future Head of State until he joined the Army and exacted his revenge by cold-cocking tribal chiefs during their mid-afternoon peyote breaks. A truly heroic example of confronting one’s demons.

Once liberated from his visions, Harrison grew to revere Hardship with a passion that out-Lincolned Lincoln. During father-son boat outings, Harrison didn't teach his boys to canoe or fly-fish, but instead launched them into the Potomac by the seat of their seersucker britches. If they failed to emerge after a count of fifty, he’d haul them out and congratulate them heartily on their stamina — an ironclad strategy that I'm fairly certain both sons lived to tell about.

Old Tippecanoe bore the brunt of his own tough-love tactics: He caught a nasty sinus infection after one too many child-dunkings and was left hearing-impaired and a spot demented — the perfect recipe, it turned out, for getting himself elected.

Like most truly exceptional man, Harrison at times lacked common sense. He delivered a three-hour stump speech in a blizzard donning nothing but a moth-eaten general’s jacket, a pair of military-issued shorts, and one silk glove. Passing away a month later, President Harrison made it all look so easy.

History has not fully digested the limitations cum achievements of our current president, but I’d argue that Dear Mr. Bush isn’t nearly as mentally ill as we’d hoped. After a tragedy like 9-11, a trulyloony-toon leader would’ve sand-blasted those curried Jihad suckers to the tenth planet by 9-12. If Bush were a genuine come-to-Jesus sick-o, he’d have announced that ‘suicide bombers’ are only in it for the sword-swallowing virgins in the hereafter, and therefore should be renamed suicide pussies. He’d holler that our own nation’s suicide stats are pitifully low, and insist that disfigured ex-models, pension-hoarding chief executives, and neglected children of the obscenely rich get their nooses ready.

Never trust a man with huge pink ears that flap like mutant butterflies when he smiles, and far too often at that.

As you say, Mr. Shenk, what needs ‘treatment’ is our own narrow ideas of human limitation. Mental illness is a good thing. A contented man is despicably dull and stupid — like people who stand in three-hour lines waiting for banana custard. Like anyone who says, “The Dalai Lama gets the joke of life” without decapitating himself with a bushido blade directly after.

I await your reply on pins and needles, Mr. Shenk.