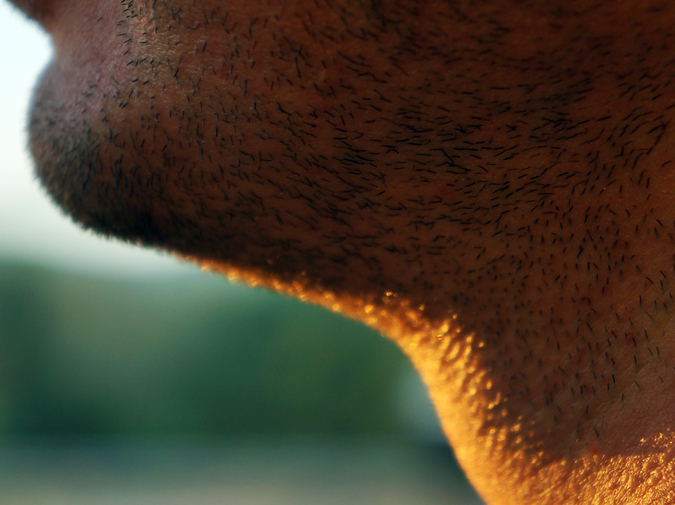 Peter first met (well, you know. "Met.") Leona when he was five years old. It would be thirty years before he would spend every austral summer counting penguins on a tiny field station in Antarctica to try to escape her. Until then, though, he wanted nothing more than to try to find her.

He could never really explain it, once he got past that age where it stopped being okay to have an imaginary friend. He always knew she wasn't an imaginary friend. But he desperately tried to explain it anyway, to all the school counselors and all sorts of in-network therapists as he got older. It was simple in some senses. She was supposed to be living on his street. She was supposed to be in his kindergarten class. But all the houses were full with other families. And every little spot on that circular alphabet rug in his classroom was taken by someone else. Leona never happened.

Once, when Peter was thirteen and knew enough about sex for any teen-aged boy to make really uneducated decisions about it, he started asking every adult woman he knew, beginning with his cul-de-sac, "Excuse me, ma'am? Have you ever had an illegitimate child you'd given up for adoption? and if so? was it in 1979 and was it a girl? No? Any miscarriages?"

His neighbor, Mrs. Pechowski, slapped his cheek for that one. It resulted in a really awkward sit-down in his living room with the Pechowskis and his parents (who were, at the time, already well on the way to their impending divorce).

As he grew up, his rationalization for an obsession with Leona fit quite nicely into the romantic notion of a soul mate: His "Leona" could actually be out there, his friends would say. Maybe he'd only know once he fell in love.

There's something like a one in four hundred quadrillion chance that any given human exists as an individual. And that's just biologically. That the right man dispensed the right sperm just so in the right egg from the right woman to make up the DNA exactly as it is in a person. That doesn't really even factor in the times when someone's would-be-father looked away from the would-be mother at the train station instead of smiling, instead of wooing, instead of inseminating. It doesn't even factor how that right father and that right mother came into being, their separate one-in-four hundred quadrillion chances.

Somewhere down the line, Leona never happened. It could have been right before Leona never happened, when it all ended, or it could have been a hundred generations before Leona. Like, Leona's long-dead caveman would-be ancestors clubbed each other to death before they had caveman sex and birthed Leona's entire lineage. Or maybe her father just jerked off and washed that one particular sperm to make that one particular Leona down the shower drain in 1978. This concept occurred to Peter when he was old enough to know better than to ask all the men in his neighborhood about their late-seventies masturbation patterns.

The odds of one person's lineage surviving the entire history of the species are basically immeasurable. The number is larger than the universe itself. The odds of that lineage surviving and creating the exact egg and sperm combinations to create each precise person to then create Leona? Unfathomable.

Except to Peter. To Peter, she made it.

The most important thing about Leona, though, is the time Peter thought he had gotten rid of her for good. The time he gave a shit about someone who actually was one in four hundred quadrillion. Someone who, from the very start of the human race, the minuscule chances and choices were lining up just so. The time he met Bridget.

They knew each other six months. Six frigid, isolated months on a remote, tiny field station in Antarctica. It was the first time he genuinely believed that he was in control. The first time since he was five. He felt free, he felt redeemed, he felt new. It was almost as if the old Peter, the one obsessed with some sort of freakish existential construct, was just as imagined as Leona herself.

"Bridget. She's not even real," he said. "It's not like it's anything tangible."

They drank straight gin from tiny tin cups in the cluttered field station kitchen. Through the small window, the sky was a pale grey, never quite all the way dark this time of year, even at one in the morning. Outside, it was grey and white for miles and miles, broken up only by the deep blue of the ocean and the shadowy black chaos of groups of penguins.

"God, no. Of course not," he said. He didn't look at her. In his defense, he didn't really think he was lying at the time.

He woke her up far too early the next morning in her tiny cabin, the orange glow of the small heater and the outline of constant, low sunshine through the edge of the blackout shade.

And right into her ear, he told her:
"Bridget, you and I are romantic. What we have is real. What you are to me is real." And for Peter, at that moment, it was the most truth he had ever known.

It was morning, Peter's favorite time on the island. That time of year, the sun never completely sets, just runs a shallow arc across the shining horizon. And right then, two half-halos of light encircled the sun.

"I could watch this for hours," Bridget said, stepping back from the colony, from where she and Peter were weighing the seabirds and gathering samples.

"It's a sun dog," Peter said. "The ancient Greeks called them parhelia, which means 'beside the sun."

"They're not real," he said. "It's just a trick of the light. It's the low sun down here. It hits certain atmospheric ice crystals and makes the arcs off to each side of the sun."

"They're just as bright as the sun," she said, without looking away from the sun. "I think they're real enough. It's light. It's ice. Those things are real enough."

"You have penguin shit all over you," he finally said.

Bridget wiped her hands down the front of his parka. "So do you."

But he couldn't really make her happy. The thing that ruined Peter the most was that if he couldn't make someone like Bridget happy, someone who actually was one in four hundred quadrillion, then what, really, were his chances? He spent three decades fixated on someone who wasn't there. He wanted to see a sun dog and hold his hands out against it, to block out the illusions, the tricks of the light and ice crystals and just stare down the real sun until he couldn't see anything at all.

He was out of control all along. Couldn't he love Bridget without feeling unfaithful to someone who wasn't even real? He tried. He tried so hard it almost killed him and that's when that weird relationship he had with Leona started to get out of control -- a relationship that had always, always been innocent and completely beyond any conventional description. Alone with just one other human and thousands of penguins with the entire world spinning above him, it all turned obsessive. It turned sexual. It turned freakish. He couldn't get a handle on anything. His emotions, his thoughts: all wilder than the icy wind outside. He was going mad.

He disappeared for entire days without notice. He'd leave Bridget alone in the field station. He'd leave without food. He stopped talking to her entirely, without really thinking about it, without noticing, without apology.

And then, it was already close to the end, Bridget was already giving up, he was already so distant. She shouldn't have looked through the crack in his door as she walked by anyway, but she did, and it was the single most dishonest thing she had done and, possibly, the single most erotic thing she had done, because as she watched, he pulled down his pants. She stepped away from his door and pressed herself against the wall, but stayed there, listening until she heard him, quiet but unmistakable. A stifled noise, and then one word, repeated, a whispered litany, their broken hearts:

Bridget had a real life for a long time before she met Peter and she'd continue to live one separate from him. Leona, on the other hand, did not exist without Peter. Not on a sleepy, suburban cul-de-sac in 1979. Without Peter, she never had a place at all.

But when someone real walked away from him, when Bridget boarded the giant icebreaker ship to take her away from that Antarctic island, he couldn't even say good bye to her. "Fuck you, Leona," he said. For the hundredth time, "Fuck you, Leona."

Julia Evans is a writer in San Diego. Her work has appeared in Black Candies and So Say We All's storytelling showcases. She is a PEN in the Community instructor. Follow: @juliadixonevans.