Last Days: an excerpt from Person/a 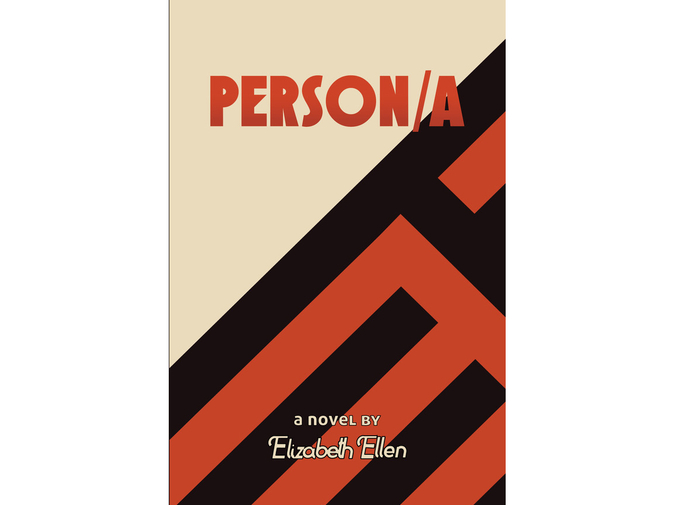 ... I tell myself I will not include Sadie in the book I am writing but all along I know she is already in it, already a part of this and what I am telling myself now is another lie...

I wake in the afternoon, order a cheeseburger I do not eat. I am out of 5 Hour Energy. I call down for coffee. I don’t leave my hotel room. There is commotion in the hallway, a large party or family of people sharing neighboring rooms.

Before midnight I text Lee, because I have forgotten to call him and now it is too late.

I open my mini fridge and look inside. I am down to one yogurt, which is expired, and a mini Diet Coke.

I run a brush over my hair, slip on a jacket. I have reached a state beyond nervousness. I take the elevator to the first floor and walk straight out of the hotel. The cold is unexpected. I don’t have the sense to button my coat. I wrap my arms around myself and keep walking. I am unaware of my mouth changing in response to the men standing outside the hotel. I seem to have heard myself telling them I am a writer. But that seems impossible and I think probably I have daydreamed it instead (somnambulist!). I cannot remember speaking outside my head or in a volume anyone but myself would detect in days.

I walk into the artificial light of the drugstore, conscious of the cameras on the ceiling. I grab several small bottles from the energy drink aisle and several larger bottles from the cold medicine aisle and find my way to the part of the store that sells shampoo and hair dye and nail polish. I fill my plastic basket with items and walk with assuredness to the register by the door. I am unsure if it is me or another customer who is making small talk. I had been unaware there were any other shoppers in the store until now. I must have asked for a pack of cigarettes for I am smoking one on the walk back to the hotel. I stub it out on the sidewalk while the bellhops and valets watch. I seem to remember a nodding of some sort from them or I, though I cannot with certainty say which of us it was.

Upstairs in my room I do not think of the men. I spread my goods out on the bed, light another cigarette, walk around the room with it like a 1930’s chorus girl; stub it out artfully in the sink.  I use my teeth to open the packaging, stand in the bathroom mirror. It is like mowing a lawn, I say, making the first pass over my ear. I make several more passes and a quarter of my hair is now in soft piles on the faux marble floor. I will let them be, I think. I unplug the razor, run three fingers over the sides of my shorn scalp. I turn my head and stare closely in the mirror at the silver glints that are now visible and caught by the light.

I return to the bedroom, select my next purchase from the bed. My phone alights with a new text. “8 new messages” it says on the screen. I turn it upside down on the bed. In the bathroom I wrap a towel around my neck, squeeze the bottle in unequal bursts over my head. I light another cigarette and watch the ink-like liquid stream down the sides of my face into the towel. I realize that in my haste for transformation I have forgotten the assortment of caffeinated beverages I have purchased and spread out neatly on my bed. I go and retrieve one, drink from it while I watch the clock.

When it is time I stand in the shower  - a cigarette burning in the soap dish - until the water at my feet runs clear.

I stand in front of the mirror blow-drying my hair.

I want nothing about myself to be recognizable.

I think of Sadie as I press the cherry of the cigarette to the exposed scalp behind my ear. I think of them as native markings, rites of passage, spiritual calligraphy. I think, stupid fucking shit.

In the business center I upload my novel to the computer, email it to Horatio. I think, Who gives a fuck.

Back in my room I gather Ian’s emails and blog posts and shove them in a suitcase. I rip Sadie’s and Ian’s photos off the walls and shove them in too.  I shove what clothes will fit, my camera, the bottles of liquid energy and liquid cold medicines on the bed.

I leave everything else in the room: my computer, the books I have brought with me, the clothes I can’t fit, extra shoes.

My hair is still damp. I lost patience with blowing it dry. My face looks pale against the backdrop of another woman’s hair color. I am certain the men outside the hotel do not recognize me as I pull my suitcase along. It is almost dawn. I ask which way to Hertz or Avis, whichever is closer. I ask the time even though I have my phone in the pocket of my jacket. One of the men says it is six thirty. Avis doesn’t open until seven, the other man says. I say thank you and keep strolling. I buy a coffee at Starbucks and drink it on the sidewalk while smoking a cigarette.

At seven, I am standing before a middle-aged man with the affected speech of a man much more affluent than his standing. Perhaps it is from interacting with wealthy people on a daily basis. He has confused himself with them. I must look comparatively pauperish in my appearance; easily dismissable. I provide a credit card and driver’s license and he studies the latter, but there is no way out and ten minutes later I am holding the keys to a car I cannot correctly pronounce.

The first thing I do is light a cigarette and the second thing I do is send a text to Lee. “Up early!” I say. “The writing is going well this morning!”

I pull out onto the street and take the first onramp onto the freeway. When the man at Avis or Hertz, I have already forgotten which, asked me how long I needed the car I felt unable or unprepared to answer such a question. He possessed an odd posture, reminiscent of an elevator operator or doorman in an old film, perhaps. Maybe it was his hat. Finally I heard myself answer “one week.” I felt satisfied with the answer then, thought it very clever, even, though now I am unsure.

I drive seemingly without navigation. I have not made up my mind about anything. I keep reaching up to graze the left side of my head. I seem surprised four hours later when I arrive in the city in which I arrive, when I pull before the hotel in which I will spend one night, at least. Perhaps more. The valet seems familiar to me. Also the man who handles my luggage. Something in their sideburns or jackets, maybe. My phone alights with a text from Lee as I am standing at the counter. “Call me,” it says. “We should talk soon.”

The man behind the counter hands me my key, points me to the elevator. Normally this is Lee’s occupation, navigating hotel hallways and elevators. I have to keep paying attention to directions now in his absence. I have to make or avoid eye contact with people speaking directly to me. I have to make decisions I would prefer not to make.

I go for a walk, the train whizzing overhead. I smoke cigarettes and shuffle by storefronts, the mannequins and I appraising one another. I am dressed less fashionably, of course, but I have the cigarettes. Still there is a certain chicness in their uprightness. In the reflection of the window I can see that I am slouched. I think that if I had a more active occupation…if I were always on stage, for instance, traveling in a private bus.

I remember Ian saying I was not a novelist and I think, as much as it pained me at the time to hear this, he was correct.