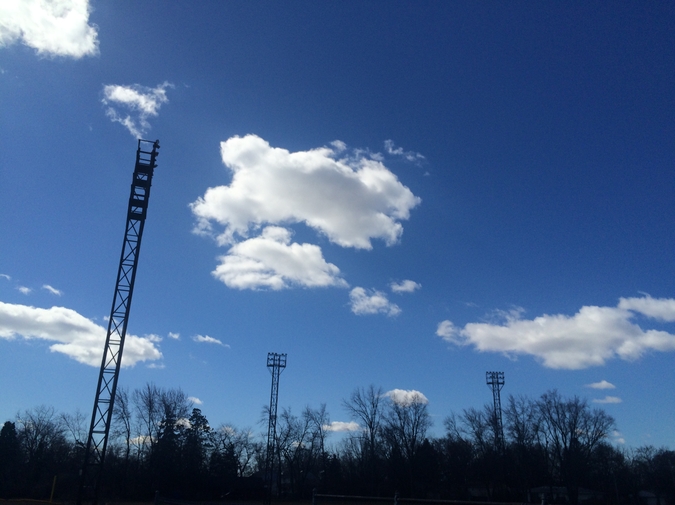 From where our junior high is in Arkansas, the trip from the back door of the band room to Royals Stadium is four hours' long, and the trumpeters and trombone players and I spend the entire time napping or staring at Ms. M's tan triceps, which we have seen bang complicated rhythms into kettle drums. Her boyfriend, the minor league baseball player, is visiting, and the idea to go up for the game is his.

We roll into the Royals' parking lot with an hour to spare in 1992, watching the sunset as we walk between the metal coliseums of the baseball stadium and the stands of the Kansas City Chiefs' field. It is my first game away from home, and so our tribe of eighth graders orders a round of O'Doul's. We pay $4 apiece for the non-alcoholic beer while the guy from concessions laughs at us. Ms. M shakes her head, as well, as if she believes this'll be the only disappointing act we'll commit over the next 36 hours.

"That's my paycheck from picking up cigarette butts at the arts center," I want to tell her, but she's holding hands with the guy from the minors.

Below our seats near the rim of the stadium, up where it gets cold from the wind, we shiver and stare down at how both Milwaukee and KC bring everything warm they have into the first inning, 5-3, and then it's a slow dribble of plays and non-alcoholic beer froth for the next eight.

Me? I'm the kid who figures out that the movies are running behind the paywall regardless, and so we open the doors between the rooms on the fifth floor of the building, shuffling onto the beds our friends occupy. We hit the adult channel, watch the action for five minutes, then knock on the rooms next door when the preview period ends. Our katamari of game-fueled, stimulated teenagers grows as we gather others on our pilgrimage, each of us watching the man pleasuring the two women on the TV.

In the morning and before our bus ride home, when we visit the Nelson-Atkins museum, Ms. M will ask us why we are tired and logy after our trip to the stadium. She will use that word: "logy."

Barrett Bowlin teaches at Binghamton University, where he moonlights as a contributing editor for Memorious: a Journal of New Verse and Fiction. Recent and forthcoming prose of his can be found in places like The Rumpus, Salt Hill, Meridian, PANK, and War, Literature, and the Arts. He says terrible, terrible things over on Twitter (@barrettbowlin).