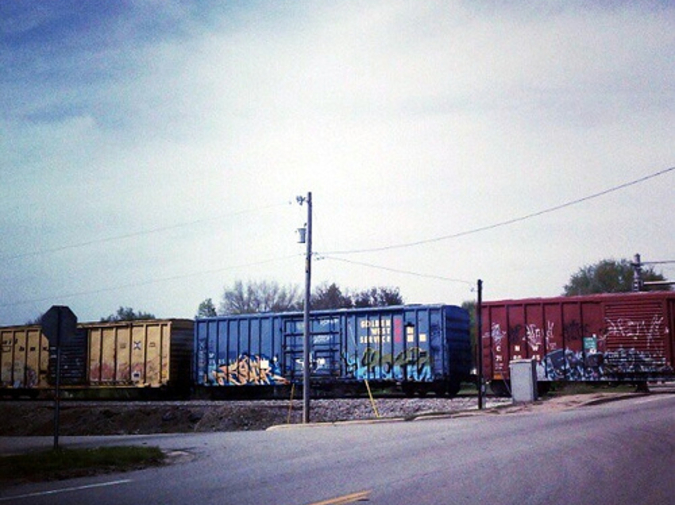 LAKE ELSINORE WILL HOST THE ONE TRICK PONY

This place was one of those places. Had a minor league baseball team, an Angels affiliate, on some high ground, halfway between Riverside and Temecula. The desert. There was a motel there, a pay by the hour place, only it had swagger and this kind of restaurant attached to it and bar. In the lobby was a card room with about thirty tables. They spread limit hold em and Omaha hi-lo and on the weekends it played host to a free roll. All the local dirt-dicks showed up. I cashed once. Hit quads against a flush on the river. You are welcome to ask me how I spent it. There was a tweaker involved. Maybe the most honest of all. We rambled, winding down the main road, loping eventually into the confluence of blue and red, on the curb now, our wrists docked at the small of back, leaned over, eyes widening with each pulse. You are free. You are all free. You are all more than free to go now.

In between enablers I took some geographics. Asheville, Atlanta, New Orleans and Boulder. You can pluralize anything you want and not get further than here. I came back to California via Reno. I had fifty-odd dollars, two packs of Kools, and a pocketful of Advil. There wasn’t much said really. Sally, who was chief that day, wore a flannel shirt buttoned twice below her tits. She swept ashes off the coffee table and into her palm, humming while she cleaned. A migrant spiritual. Asked me if I had a rag somewhere. I don’t know what it was in that that set me off. She wasn’t much by then. There were a few holes in her culottes, and same as that Lake Elsinore free roll, certain deeds I can’t ever say goodbye to.

What I was told is Serzone made happy babies but I couldn’t get it up or stop laughing. Jenny man there was a girl took Depakote and some anti-life thing, said she didn’t feel. I really used to stuff her at both ends – boy how we both did – squeezing until, you know, we had to stop, always trying, trying not to ask what comes over certain liberations. The whole world thought she was ugly – she had a pigeon’s face, a real funny looking face – and as for me I loved her. There was obviously going to be some spillage, what you good folks will call what you will. Our whole bathtub filled with this expired kind of thing. I mean everywhere. The bed, the carpet. Her legs were caked with it. My friend had to lend me his dehumidifier. But fuck him. We went to Florida. This was at twenty or twenty-two. Where we did it on the side of the road. Where we ate turkey at Denny’s on Thanksgiving. Where we loved each other in motel rooms. I could go on, I could go on and on until we were both older, washed up in parking lots, washed up in shopping malls, washed up under the tables of corporate restaurants, reconciling our passions between slot machines and table games at Pachenga in Temecula, but she is dead now and I am still so damn ugly.

Tom Macher is finishing a book about young people in recovery. He grew up in Georgia, California, New York, and Louisiana. In 2011-12 he was a fiction fellow at the Fine Arts Work Center in Provincetown. He lives in Baltimore.