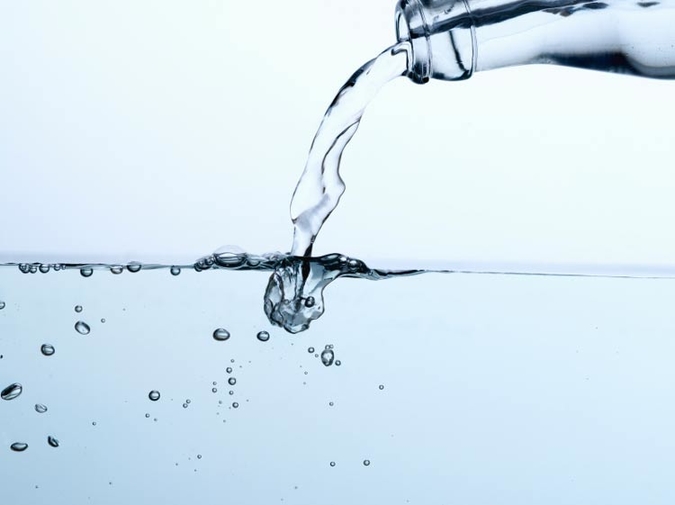 Welcome to a craft more agent than book, more sterility than rumor, more jeans than paragraph. Jonathan Franzen is the square root of gossip. The cup against his ear palpates your susceptibility as a reader. Flummoxed by the workweek, you pet his goose down sidekick of a yarn. The comfortable plot helms through your coma the exact distance to which its natural born author’s brick-sized getting of you won’t relent. Sustain every hollow and iconic echo selling you your own chump sympathies with a Midwest twist, book clubs everywhere, and set your Oprah diaper to scandal. Mediocrity found its vision. All our Shakespeares today mask themselves in overalls. At least Stephen King interrupts the word count to occasionally tingle. We deserve Time Magazine. Who would dare say an era has occurred?

This canned laughter of a man is the clever wand bobbling over American illiteracy and he has the maids to prove it. Franzen’s enormous Cheever radio scrolls right through you until your worn off wig glue spikes another martini. He is a grocery list of taste over spectacle. I’d want him framed if he wasn’t plastic. He would stoop to purity, mister tennis ball clambake, mister gone hiking into his broheim, mister slaves make my wine. Charles Dickens? Dickens suffered debt. He chafed his anti-Semitic goatee on the vertebrae of cherubs. Fap master Franzen just might chafe. He forgot wincing Victorian morality was usually backed up by good prose. He’s got a lot of snide dough like a platypus hung shitting beneath his scalp. He belongs on money. He writes like his glasses came with little windshield wipers. He thinks he’s the Statue of Liberty’s dad. He turned his castration into the bible. His various typewriters flank him. He’s barely Philip Roth and twice as willing to prove sentences never mattered. He’s handing you a condom at the bar because he’s talented from a doting distance. He wants our collective safety kept in mind. He’s enacted his dry cleaning. Franzen’s legacy is squeamishness in general. Our general in the canon of sneakers, the furniture that sits on you. “As long as there’s no blood, you guys,” ejaculates the CEO of fiction amidst an endurance of blinking upon lashes so lush and pendulous you can’t tell whose sleep is intruding, yours or his, or the hypodermic pokes his mother should have typed across her stomach. This motherfucker says “guys” and means it. Mister self-imposed dude of the social contract does knock knock jokes against his taint. The discord of his pap is tumultuously vague. He went down on the death of verse and spat back some fat carpentry. He was born to refuse juice. He spent grade school quacking. He is my top five entire catalogue of Robison Crusoe keepsakes, pure cannibal of the index finger, mouth siren of a staunch boy, the class informant, a William Seabrook for the bodega initiate. His urethral lint could end a city. Here’s your conjunctive “then”: skip straight to the audiobook, then skip that straight off a trashcan. All you have to do to be racist now is call yourself Jonathan. His self-awareness on the issue is fantastically moot. The author of us all. His media memes haven’t prejudiced me one bit. Any photograph of Porky’s Tolstoy could have me going on as such for the millennium his work will survive us.

Over the course of being mounted by this tome, I took up a pipe, drank scotch from an airplane toilet, consigned to rubbing myself down with strange bleaches, minced any sense of diet intentionally diabetic by an assortment of binge ate junk shoveled deep throat with so much ferocity my tongue is an even more defunct laceration incapable of the correct amount of scream. I told orgasms bon voyage. I liken the experience to the endless wipe of the fiber deprived on their pelvic-stunted bowels, sphincter jammed with the body’s worst caking and swiping it loose is their whole day because surrendering the process sends a spiraled effluent of crust sprinkling down an itchy, hemorrhoidal pant leg, trailing the conceited effort, people’s universal purpose as a mobile and insufficient peat moss realized beyond design. Yes, I believe “icky” is the word Franzen would flutter about my existence. Although, he seems to be writing for the type of people who live for baby wipes. The suburbanite who scoops out their yipping dog’s anus with a throw pillow in the name of untracked carpets. A sofa cover of contracted romance, a real pee-clamper of tallest compensation, I put his opus up my constipation, the genesis of rectal polyps, piles with a subwoofer attached, a witch hazel investment coming to us from a Harlem-based deprivation chamber, blood of the renaissance squeezed into a smoothie after each chapter. The first Whole Foods page-turner. He pinpointed the contour of the withheld and marketed it to Tom Clancy’s mummy. People like him only worship windshields. His prose has the sonic quality of a Star Wars foley artist. Pew pew.

Trends shouldn’t bother administering their remains for circulation. They’re too busy being circulated. Chapter one: Salinger without reclusion, minus whimsy, Walmart-aisled, the bottomless scaffolding begins, the pollination of your life with characters he goes deep on, tipping the scales between scene and omnipresence. He has a great skill for third person omniscience because he actually believes he’s god. Everything imposed takes you practically along. Most of us gals harbor these mom probs, too, Fran! Keen insights and eyebrow raising intrigue to measure your bust. All he is is developed. He wants you to know he once had genitals. Now he’s just a disembodied head floating above your sheets, asking if you came through the rerun. Mailer with no hammer strike, baby. Then you’re paved back into the screenplay action like a cheap stilt. “Pip frowned.” Indeed she must. Guys instituting ambitions grand as his need a broker to fall in love. Gentle fucking reader, leave his rowdy hand-man-shake hanging and wait for the goddamn movie. Wait for it to hit video. Watch it streaming because he would hate that. Imagine your grandfather’s corpse fucking a violin to spite the internet. Call Jon-boy topical and I’ll call him a cunt.

We’re allowed to do what’s expected of us. How we stoke the undercarriage of our self-consciousness is today’s most tangible scab. Scrape together the funds for a shot of wheatgrass instead. About the same as a hardcover and it may be the literal antidote Franzen wishes he could award you if his bountiful awards weren’t weighing him into the Ubu Roi he plugs his nose at or skimmed. He’s cool because he skimmed over postmodernism like the rest of us. He defines art as status and frees himself from it by becoming your rapey ambassador. Lit will find attendance only when it means well. A notion I wave to from my unmarked grave. Anyway, sit at the “bar” in one of these storefront luxuries authors like him don’t want you to know replaced their blood. Listen to the manicured clerks discuss their distaste for the gentrification they’ve deployed. “They’re like me,” is your first lethal impression. “We’re not like who we look like. Are you tattooed from where I’m sitting? Do you belong to not belonging?” They sure have studied enough to sound like they refuse belonging and their cadre will confirm them. Let this flair for usurped identity incite you. Franzen closes his book with some strong first person tongue work, trips his famous hotdog clichés into a clumsy dodge against novelist anxieties about the verbose language of the Christ-forbade elite and makes everything an extra inexcusable ballet of near misses. He leaves no nut deprived. Regardless, kill him, fuck him, and eat him. Does my want for slaughter expose me a snore on par with Donald Trump? Or does he own hate, too? He’s the Franz you’ll vote for anyhoo. Because I’m white, the only entity in my lap is a mirror.  I am destined to sort through middle age from a basement, manifesting ingrate expectancies, poetically coordinating my crippled bowels. The republic of his teat suckles us on edgy marshmallows. We’re the swill never retiring from his cheeks. Budget his skin like the flag it is. No further developments.

J Fran, Ben Marcus sat on the shit you talked about difficult writing, waited a few years, and took the kindness to show you how realist fiction is done. Well, first he publically ironed out your sneezed conjecture on the issue, the proud, sinus-tuned rhetoric concerning your neurosis for a readership, which is your single indented victory. Next, he bested you by example, hustler. If Marcus had the unmitigated patience to trim the shucks from Purity, starting with the title, we’d have a brutal gem to bow to, but dumpy mannequins cannot be fitted inside a bow. Full disclosure, I’ll never outpace even your swallowed gum, though I can sleep knowing no agent will ever touch me. If your medications weren’t too motley to flush, I could emerge from under my blanket free to read again. Out of five stars, I give Purity a fuck it.